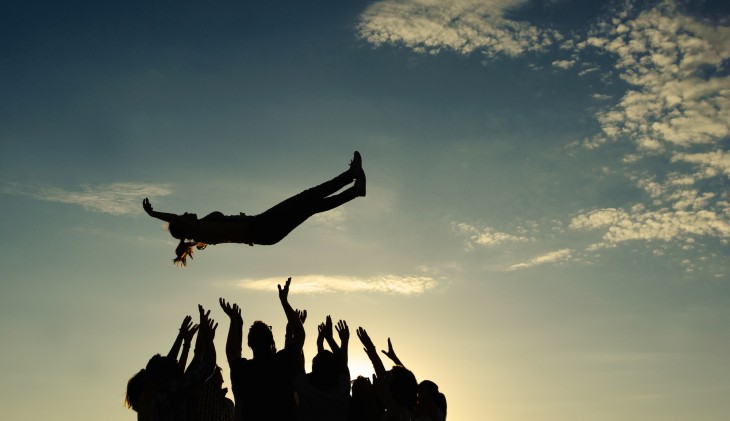 Lopo Champalimaud is the founder of Wahanda, a health and wellness community and marketplace.

Over the past five years I have made a radical change to my business’ direction. Twice. Making the decision to pivot is never an easy one, but in hindsight, both times, it was the right thing to do at the time. As a result, the past 24 months have been among the most challenging, and rewarding, of my career.

Today our business is growing at 250 percent year on year. We have more than 5,000 salons signed up to our platform and more than 60,000 orders going through the platform each month. But getting here has not been an easy ride.

There are three major elements that have played a significant role in our story so far, but to understand why, it’s important to understand the context. Hopefully sharing our own experience will help reassure other entrepreneurs who might be on a rollercoaster of their own.

A clear vision and big ambition

Knowing what the ‘big idea’ is and how you plan to get there is critical. It’s the thing that will help determine opportunity from distraction as you really start to scale your business. It will also be the stake in the ground around which your discussions about whether or not to pivot will center.

When we first founded our company five years ago, we set out to create the OpenTable for hair and beauty. The UK hair and beauty sector was worth over £10 billion per year, but there was no marketplace that helped consumers find and book services in this area. We wanted to be a global winner in the category.

The unexpected rise of the ‘daily deal’ in 2010 forced us to rapidly adapt our vision and move away from our original intention. When the daily deal business model started to gain traction in the US, we could see that a big area of focus was on spas and salons and so we reacted quickly.

This gave us the opportunity to launch a beauty-focused daily deal platform in the UK and saw this business grow rapidly, which established Wahanda with both consumers and suppliers.

While daily deals were extremely popular and grew to represent nearly 70 percent of our revenue, we felt instinctively that there was a lot of untapped potential for the salons – way beyond what they were getting through daily deals. Consumer fatigue and supplier distrust were making the economics of daily deals less attractive, and therefore less viable as a long-term business model.

But breaking away from the daily deals market – which accounted for nearly three quarters of our revenue – just didn’t seem to make business sense.

We decided to stick with daily deals, but simultaneously remould the company into a booking engine that would help spas and salons fill empty appointments with valuable, potentially long term customers who weren’t just in the market for the cheapest deal they could find.

We began the transition process in early 2012, and I had hoped that the two businesses could co-exist. However by the autumn of that year, I came to the very difficult realization that in order to move the business forward we were going to need to shut down the daily deal side of the business completely.

The shift meant the company would need to focus all its energy and resources on building a new platform. This was to be the second pivot in two years.

So, in October 2012, we turned off our daily deals platform and bet the company on our fledging real time booking system for spas and salons.

The transition was not easy, but ultimately was the best decision we could have made. It meant that we had to completely transform the business model, the people and the platform that powered the site.

In the span of six months, we changed our CTO, Head of Sales, Head of Operations, CFO and Marketing Director.  It was a lonely period and these were large, expensive decisions to make. I was fortunate to have a group of investors who believed in the vision, supported me and helped me attract a world-class team to continue building the company with me.

Could we have arrived at this point without aggressively pursuing the daily deals avenue? I’m not so sure. Daily deals helped us build our base of suppliers and establish us with consumers but it could not be the sole focus of the business.

The lesson here is that I knew what we had to do long before we did it. More importantly, juggling two models is hard – once you decide to make the shift you need to focus all your energies on the future platform.

Forfeiting short-term revenue for longer-term sustainability might make sense on paper, but when you see it hitting cash flow, and impacting lives, it’s not quite so easy to make the call.

If you find yourself constantly wondering about taking your business in a completely new direction, it is worth pulling that thread a little bit to see where it goes. You are having those thoughts for a reason.

Looking back and looking ahead

Would I have done anything different? It’s hard to admit it, but probably not. I am confident that with the information we had available at the time, we made the right decisions. Today we have the best team I have ever worked with and, maybe together we could have got where we are today more quickly, but I genuinely value the lessons I, and the team, have learned along the way.

So what’s in store for the future? We are rapidly working towards becoming a mobile-first company, with a focus on hyper-local enhancements for both customers and venues to support global growth.

Sometimes, you have to trust your gut and learn to accept change. You can’t reach the future if you refuse to let go of the past.

Read next: The dreaded ‘P’ word: 5 tips to make your pivot successful

Read next: 4 things recruiters look for in a design portfolio