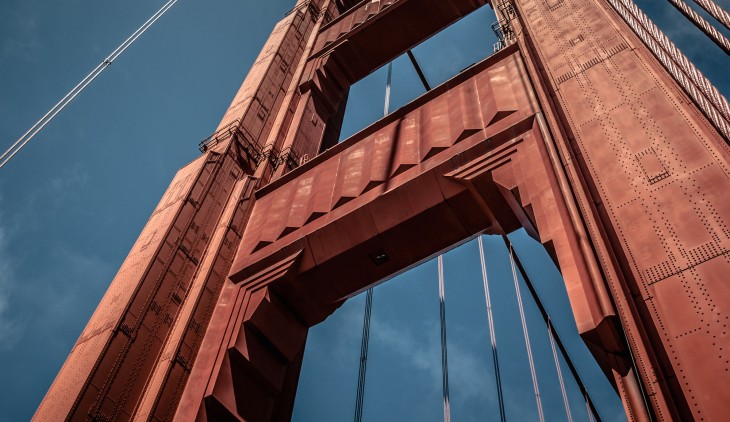 Mathilde Collin is the CEO and co-founder of Frontapp.

About six weeks ago, I was sitting in front of my computer waiting for one email. Not just any email. The email.

We had just flown from Paris to Mountain View for our 10-minute interview at the Y Combinator and it was now over. All we had left to do was wait.

Finally, a couple of hours after the interview, the news finally arrived. We were accepted. The email was so short, but it instantly changed all that we were about to do with our company in the following months.

Since that day, it pretty much has been rush hour every hour of the day and we’ve kept ourselves busy. We’ve been asked a lot how it’s going and what actually happens inside of YC once you’re there.

The famous Mountain View incubator definitely has a reputation of being quite mysterious and we want to share our insider’s view after our first month.

What actually happens once you’re in?

For us, being accepted to YC was a huge excitement. But it also meant that we had to move our small team of five from Paris to the Valley.

Silicon Valley is definitely one of the best places to launch a startup, especially when you’re working in tech like we are, and we knew it.

We packed our bags and moved into the same house (we found something just a tad bigger than a garage but that’s basically the spirit). The partners at YC don’t believe in coworking spaces and consider them too distracting. That’s why they don’t provide offices for startups to settle in.

You can still come and work on their premises whenever you want, if you happen to lose internet connection at your garage-sized home.

“We think hackers are most productive when they can spend most of their time hacking. Our goal is to create an environment where you can focus exclusively on getting an initial version built.” – Y Combinator

We got two mentors to help us out along the way: Justin Kan, the founder of Justin.tv, and Garry Tan, the co-founder of Posterous. We basically turn to them every time we had doubts, questions, or just want to talk. They also help us work our way through the busy weeks and the intense weekly schedule that goes like this:

In the end though, we don’t even spend that much time inside the actual Y Combinator. We’re more often behind our computers at home. But these weekly get-togethers are here to remind us that we’re all in this together, at least until the Demo Day in mid-August, and that we have one goal and one goal only: make. things. happen.

What has changed since we’re here?

For us as individuals

Y Combinator is really inspiring. You meet all these people that now manage really successful businesses but that were sitting exactly where you are now just a few years ago. They probably screwed up a few things, they didn’t do everything right but they are now the founders of Stripe, Airbnb, Dropbox. It makes you want to get up and work in the morning.

Y Combinator is definitely team building times a hundred. Living and working together 24/7 helps us to be focus on the things that matter and give it all we got. And when it’s all over, we’ll still share this experience together.

Hey, if we survived living in the same house for three months, we can probably survive any future crisis!

It’s pretty darn stimulating. It feels like we’ve made more progress in just one month of being here that ever before. Weekly progress is mandatory (at least a 10 percent growth). Saying that is pretty much saying everything.

On top of that though, you’re also really pushed to establish your street cred amongst your users and potential customers, investors, alumni…

What we’ve learned so far

It’s pretty hard to sum it up because there’s been so much but here are the tips I’m definitely taking back with me.

It’s on t-shirts at YC because that’s how hard they believe in it. Don’t think in features but in benefits and how your product will actually make your customer become more awesome.

“ If you can do this, and you are sufficiently relentless, you can probably create more value and have more impact than you could in a regular job.” – Sam Altman

2. Don’t compare yourself to what successful entrepreneurs have become

Everyone started as small as we did. Even the most successful founders had feelings of doubts, fear or even of throwing everything out the window. They weren’t born successful entrepreneurs, they worked their butt off to get where they are today. And we can too.

Distractions are endless when you start a business. Grabbing a coffee with another startup founder to “share experiences,” meeting someone just to connect, seeing some investors… But what is most important at the end of the day are your users and what you can do for them.

As Paul Graham puts it, “a startup founder should be writing code and talking to users. That’s it.”

Pricing is something that gives value to your product and users will have a lot more (and valuable) feedback if they pay. It’s scary to ask for money for something that you’re not 100 percent sure will work, but you need to take the leap of faith at some point.

Also, don’t be afraid to change your pricing until you get it right.

5. Get your metrics right

It’s been said a lot but it’s because it’s important to the way you’ll run your business. Facing your metrics everyday can be scary or depressing when you don’t have a lot of users yet but it’s the only way to know if you’re growing or not and how you’re doing it. And choosing the right ones is key:

“Merely measuring something has an uncanny tendency to improve it” – Joe Kraus, founder of Excite.

6. It’s okay if everyone doesn’t love you

Like Paul Buchheit says, “it’s better to make a few people really happy than to make a lot of people semi-happy.” Simply because it’s much easier to grow userwise than satisfactionwise.

That’s definitely something that you need to realize very early when you’re still able to iterate quickly on your product.

What about the two months we have left?

Y Combinator is both a sprint and a marathon. If I had to pick just one word to describe it, it would probably be intense. It’s your startup and only that, 24/7 for the three months that the batch last.

But just like in a marathon, there are plenty of people around you supporting you on your road to success. The other founders in the batch, the alums, the speakers, the partners, the investors, the Valley itself make up an atmosphere that drives you constantly to exceed what you thought you were capable of .

We’ve only been here for a month and we still have plenty of miles to go. But you’ll find us on the finish line, no doubt about that. We’ll let you know how it went.

Don’t miss: 25 unconventional business books you won’t see on most bookshelves (but should)

Read next: Digg revives News.me as Digg Deeper, revealing the best links your friends are sharing on Twitter