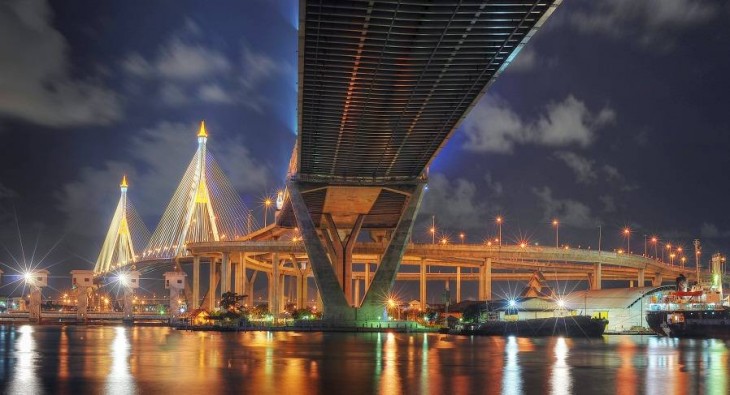 Most entrepreneurs get caught up in Silicon Valley envy and decide to place their startup headquarters there without a second thought. But for most startups, this won’t necessarily lead to immediate success and riches.

The Valley certainly is the mecca of the tech world; however, the Valley also isn’t the place for every tech startup. It has become extremely noisy and hyper competitive for talent, which is making it increasingly difficult to break your company away from the herd.

With the capital required to start a tech company plummeting over the last decade and high-quality talent now available globally, many tech startup hubs have begun sprouting up all over the world in places like New York, London, Berlin, Beijing, Singapore – to name a few. Thus, the customary answer no longer has to be Silicon Valley.

One part of the world that I highly recommend entrepreneurs seriously consider relocating to is Southeast Asia. It is quickly becoming one of the best places to grow a startup in today’s ecosystem.

I made the decision to move my Silicon Valley-based startup to Singapore several years ago, and the network here and the opportunity in Southeast Asia has grown exponentially in the past few years alone. Just to give entrepreneurs a glimpse of the region’s inherent advantages, I’ve laid out the top five reasons you should consider moving your startup to Southeast Asia:

Venture capitalists are flocking to the region in droves. This migration is due in part to the combination of incentives established by Southeast Asia’s various governments to attract investors to the area (the best of which are in Singapore) and the arrival of over one thousand early stage startups.

Just five years ago, there were virtually zero seed or angel investors in Singapore, and now I could easily count over 100.

Big names like Sequoia Capital, DCM, and IDG Ventures have already set up shop in the region, along with all of the major Japanese players. Recently, the Singapore government announced five more major early-stage VCs arriving in the country and new plans for government matches to their funding.

The list included some strong VC funds that have started in the last couple of years: Monk’s Hill Ventures, Jungle Ventures and Golden Gate Ventures.

What’s even more impressive is that nearly 50 other VCs applied to this program. The atmosphere is electric, and it’s an exciting time to be a part of it. (Disclosure: I am associated with both Monk’s Hill and Jungle).

Given the surge of VC investment into the area, remarkable talent is coming from all over the world to take advantage of this opportunity. At Bubbly, we have engineers from 22 different countries. These are not low-end offshore development talent, but instead they are thousands of Silicon Valley expats and startup veterans choosing emerging market growth and the phenomenal lifestyle of Southeast Asia over the crowded Silicon Valley bubble.

The Valley is noisy with thousands of companies all claiming to be the next Google or Facebook and poaching your engineers on empty promises of stock options that may never be worth anything. In Southeast Asia, the weak startups are quickly weeded out, as it’s a small enough market that every investor knows which companies are real and which are not.

Another perk is the lack of immigration issues, which often hinder U.S. companies. All of the countries in the region welcome first-class engineers with open arms.

Southeast Asia offers an unbelievable lifestyle in which you can work 24/7 with the help of abundantly available Wi-Fi, immerse yourself in exceptional nightlife, and relax on the world’s most beautiful beaches. The culture of the area is one of relentless work.

A Startup Genome report even shows that Singaporean startups work more hours than any other in the world. This ever-present work ethic helps push companies to raise their game and produce the best work possible.

But even these startup teams don’t work all of the time. The region’s nightlife is a huge part of the area’s draw. All of its major cities have a lively party scene that is unmatched by any other top city in the world.

There is also an astounding amount of beautiful beaches nearby to visit for a nice recharge – most are just a quick one-hour flight away. For multi-taskers, there are thousands of remote white sand beaches that offer Wi-Fi access, which allow for a more relaxing business backdrop.

Let’s face it – young, single, freshly minted engineers just a few years out of college make up the bulk of the talent at top startups, and this demographic will find no better place in the world to live during this stage of their lives.

In countries like Singapore where the personal income tax rate is one-fifth of that in Silicon Valley and usually less than five percent, it’s easy to get top-notch talent for a lot less cash compared to the Valley. And Singapore is even the most expensive country in Southeast Asia, so that shows how vast the differences are across the whole region.

I’m on the board of one of the top app companies in Thailand (No. 1 in its category in the App Store), which has 25 employees and is burning less than $30,000 per month. The company has been working for nearly three years on less than $700,000 in angel funding! I see the same thing all of the time across the Philippines, Vietnam, Indonesia — burn rates are abysmally low here.

When compared to the BRIC countries, Southeast Asia is larger than both Brazil and Russia in size. The region is growing as fast as China, with an eight percent projected growth, and even faster than the other three BRIC countries.

While Southeast Asia is somewhat heterogeneous, India and many other large countries are as well. Outsiders do not realize how similar Southeast Asia’s markets really are.

Thus, from a business perspective, I would argue that in many ways it is more homogeneous than India, which still has hundreds of languages, sects, religions, and cultures grouped together.

Southeast Asia is in its infancy of growth and development potential – probably equivalent to China 15 years ago. Those that came to China at that point in the country’s history are nearly all millionaires (if not, billionaires). Just think about that.