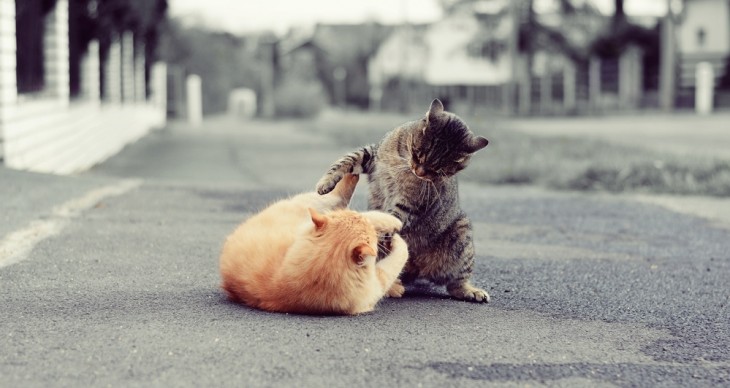 Paul Jarvis experiments with words and design. His latest book is called The Good Creative: 18 ways to make better art. His own mailing list, The Sunday Dispatches, is thankfully, free from jerk moves.

Everybody (myself included) is always going on and on about how important it is to have a mailing list for your business. It’s the easiest way to keep in touch with your audience and it nets the highest conversions when you’re selling things. The draw to build your list’s subscribers is heard far and wide.

When someone subscribes to your email list, they’ve just given you a sacred bit of permission. Your subscribers let you appear somewhere they spend a lot of time (their inbox) and in turn, you promise not to abuse your newfound power.

Too often though, I see people taking their subscribers for granted, or worse, treating them like crap.

An e-commerce transaction isn’t the same as subscribing to a mailing list that sends out frequent emails. If they’ve already bought something from you, include your mailing list as a link in the receipt or as an opt-in at checkout.

At most, email them once to remind them if they bought something from you, they may also be interested in your main list.

Not only is this a jerk move, it’s also stupid—it’s fairly obvious the first email I get that you added me without my permission, and I’m immediately going to report it as spam.

3. Adding someone to your list because they emailed you once

This is also a different type of transaction. Emailing you once isn’t the same as giving you permission to add them to your mailing list. Unless my email starts with “I DON’T WANT ANYTHING EXCEPT TO BE ADDED TO YOUR MAILING LIST,” don’t do it.

4. Adding someone to your list because you have their business card

See points #2 and #3. This is a separate and different transaction. Total dick move.

5. Adding someone to your list because they attended/are attending your event

If you have event-related emails, like a venue, date, time, speaker change, that’s exactly what you’ve got my email address for. If you want to sell or give my email to your event sponsors, that’s not cool at all.

If you want to email me after the event with product announcements, blatantly trying to sell me things that are totally unrelated to the event I attended? Definitely not cool.

I know I unsubscribed. I don’t need to be reminded how much I didn’t want to be on your list. You’re not going to win me back with one final plea. We broke up. Move on.

If your list uses goals to track subscriber activity, you don’t need to remind me every few days that I haven’t done what you wanted me to do. You can’t control me – you’re not my mother!

I signed up for one list, not ALL of your lists.

There are several lists that I’ve been added to and every week I click “unsubscribe” and the following week I still get emails. Make damn sure your unsubscribe link works. Otherwise, look out for emails from me that start with excessive cursing.

If we connect on social media and it’s on a network that shows my email address, our online friendship doesn’t give you permission to put me on your list. If you do, P.S.: our friendship is over.

You want to grow your mailing list. You want to have 1,000s of people salivating for your next email, with their fingers hovering over the buy button (wallets in hand).

Spoiler alert: The only way to do this is by being a real and decent person about it. No jerk moves. No shady tactics. Just provide so much value that people actually want to sign up for your list.

Even if you find success using the methods above, it won’t last. Plus, people will think you’re a total jerk. And when was the last time you bought something from a total jerk?

Read next: Google is rolling out actor and soundtrack info cards for all Play Movies users