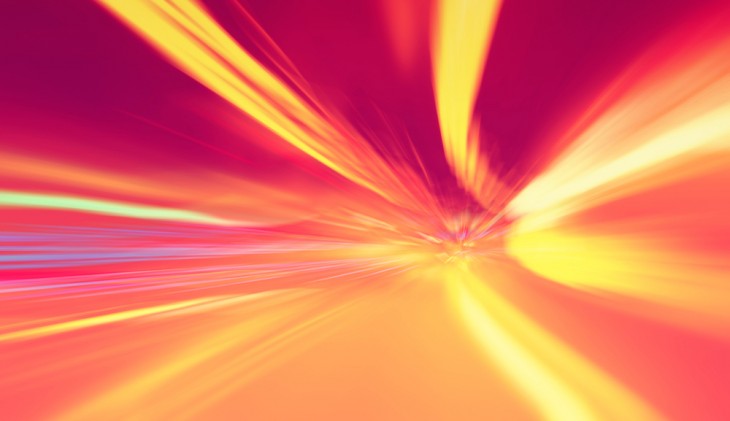 Eddy Lu is the co-founder and CEO of Superb (formerly Grubwithus), a mobile app that helps people collect, share and experience must-try places with their friends.

For many founders, “pivot” is a dirty word. It hints at uncertainty, even failure. But with three out of four startups flopping, we founders shouldn’t shy away from the word. We shouldn’t be afraid to acknowledge that change can be good; change gained from experience can benefit companies and users.

With our initial concept, Grubwithus, our mission was to help users meet new people and make real world connections while dining at some of the hottest restaurants. People thought the idea was great, investors loved the novel way we were approaching meeting new people, and we were getting a ton of media buzz, so things were looking pretty good.

We grinded away for two years and were growing, but in the end, we realized that there were just too many barriers to getting people to meals (e.g. date, time, restaurant, price, menu, people, topic, etc.) for us to become a huge and sustainable venture-backed business.

Our users wanted deeper social connections and loved the idea of using technology to facilitate this, so we knew we had to find a low barrier solution to this. After months of soul searching, arguing and testing, we made the hard decision to pivot to Superb, an intent-based social networking iOS app that enables people to collect places they want to go to and connects them to friends who also want to go.

Starting a company is all about risks and second chances, and in some cases, third, fourth, even fifth chances. One of my favorite venture capitalists once told me that startups are like basketball. You get six fouls so use them. If you never get a foul, you’re not being aggressive enough. You’re allowed to take risks, but don’t foul out in the first quarter either. Most startups don’t deal with life or death problems, so if you try something and it doesn’t work, don’t be afraid to fix it.

Here are five tips for a successful pivot:

1. Raise more money than you need

Raising money is difficult and dilutive, but having no money means you’re dead. When we raised our first round of funding, we wanted to raise $1 million, but were offered many millions more by a top tier VC firm. Like many first time founders, we thought we would ‘kill it’ and be able to raise at a much higher valuation 18 months later, so we opted out from taking the extra cash.

Luckily, we didn’t have too many major missteps and were able to raise our Series A, but if I had to do it all over again, I definitely would have taken the money when it was offered.

2. Have the right partners

Tech is littered with stories of relationships breaking up under the strain of starting a company. In our Y-Combinator class alone, around one-third of the teams either broke apart or lost a co-founder, usually over disagreements in personality or product direction.

Launching a company is incredibly stressful – emotionally, physically and psychologically. You need to have the right partners to get you through the worst of times. And let’s just say we’ve experienced things much worse than pivoting. My two co-founders Nikhil and Daishin bring balance and only together would we have been able to handle the challenges that we’ve faced.

With a pivot, not only is the product changing, the team will change too. You will lose key people to attrition if they don’t believe in the new product or let people go if they don’t fit the new vision. With our pivot, we had the difficult task of laying off our entire sales team.

In addition to the morale hit of shifting products, your team will also have to cope with saying goodbye to some of their closest friends. We had to learn the hard way, but if people hang on because of loyalty to you or the company, but are clearly not happy, you need to address this.

In short, make sure you properly reset the team before you start on the next concept.

The ultimate job of VCs is to make money for their investors. Making money isn’t just about picking winners; it’s about minimizing losses as well. As much as you believe in your pivot and know it’s going to work, it’s a huge financial risk, so show that you’re being financially smart by thinking through worst case scenarios if your pivot doesn’t work.

We’re very passionate about Superb and our investors are supportive of the big vision we’re trying to achieve, but we’ve also discussed cases of failure to make sure we’re being fiscally responsible to them. We’ve discussed everything from listing out potential acquirers to recapitalizing just in case. It’s important to always be transparent with every member of your team.

5. Know that your investors are “big boys”

In the end, you’ve poured endless hours into your company and worked hard to get your funding. If you have a great team and money in the bank, you’re ahead of most startups out there, so as long as you’re still passionate and excited to work your ass off, then there’s no reason to quit.

A pivot is better than trying to grind out a mediocre company. Pinterest pivoted. Homejoy pivoted a few times, even Lyft and Groupon.

In some cases, your biggest investors might be resistant to a pivot, but a VC once told me, “All your investors are big boys. Don’t worry about us. If we didn’t put money into you, we would’ve put money into someone else like you. We’ve all lost money but made a lot of money as well, so as long as you’re still hungry and passionate, keep fighting.”

Read next: Getting leapfrogging right: Adapting the latest tech trends to developing nations