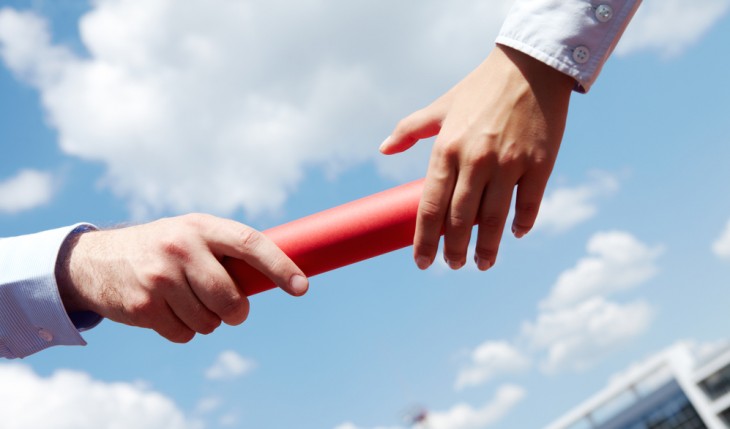 Will Housh is the founder and CEO of Housh, Inc., a diversified online distribution and retail business. Connect with Will on Facebook, Twitter, and LinkedIn.

Family businesses are the cornerstone of the American dream. In fact, more than 80 percent of all businesses – many of which are small companies – are owned by families. In part due to integrity, family values, and innovation, many family-owned businesses have stood the test of time. So, why do so many plummet once successors take the reigns?

Studies indicate that only 30 percent of family-owned businesses are successfully passed to a second generation – and it gets more difficult over time with a mere 12 percent transferred on to the third generation. Even big names like Walmart, Ford, and Nordstrom have contracted the deadly successor virus and had to change their management strategy or face a failing business.

However, Comcast, Hess, and McGraw-Hill have all had successful inheritors. What’s their secret?

While it’s easy to blame the market or the changing consumer landscape, the real problem lies in the fact that successors, though ingrained with a deep desire to maintain the family business, aren’t adequately prepared. On average, this equates to high failure rates.

There are some parallels to successor failures. The Harvard Business Review notes that issues such as family bloodline silos and improper training are common traps successors fall into.

Yet, if you take a look at companies who’ve passed down their companies successfully, you begin see a deep correlation between staying the course, while embracing change and innovation.

When you take a step back and look at your business, the industry, and overall market conditions objectively, you may notice factors that have previously been overlooked. After all, it’s easy to let your feelings do the talking, especially when you run a family business. However, this poor market strategy limits you from seeing changes, as well as the potential to capitalize on these changes.

Take a look at McGraw-Hill, a major textbook publisher that experienced a 206 percent growth since 1998 after Terry McGraw took over the family business. Terry and his forward-thinking team realized the shift toward digital learning – and they made waves by embracing it.

For example, by partnering with Time to Know, McGraw-Hill brought together the best digital teaching and learning tools with leading instructional curriculum to improve both teacher effectiveness and student achievement. Not only has this solidified McGraw-Hill as a leader in education, but also it proves Terry looked at the market from a business standpoint, instead of an emotional standpoint.

2. They make the move to technology

Failing to make the move to technology can be particularly detrimental for successors. After all, many family-owned businesses are of the mom and pop variety, clinging to their morals and refusing to change with the times. Even worse, they don’t realize technological changes before it’s too late.

Take my family’s HVAC (heating, ventilation, and air conditioning) business. When my grandfather started our family business more than 60 years ago, things were much different. Clearly, you could just pick up the phone and a service technician would come to your door. However, in the age of consumer reviews, ecommerce, and social-networked businesses, I had to understand how this shift could positively impact our business.

So, I made a transition to the online marketplace by creating HVAC.com, where our customers have the ability to purchase heating and air conditioning equipment online and view ratings and feedback so that highest-quality contractors receive more visibility and sales opportunities. Contractors are able to create their own profile page with company information to assist with advertising efforts in their local markets.

While making the move to ecommerce wasn’t necessarily embraced at first, the payoff was worth it: Whereas our old school HVAC business never made more than $12 million in annual revenue, the ecommerce business, under the corporate name Housh, Inc., has doubled revenue annually in the past three years. In 2011, our ecommerce business had three employees – it now has more than 20.

In contrast to publicly-owned firms where the average CEO tenure is six years, many family businesses have the same leaders for 20 or 25 years. While you may view this as a good thing, these drawn-out leadership stints can make coping with shifts in technology, business models, and consumer behavior more difficult.

Highly successful successors understand when it’s time to create structural changes, including with their own positions. As previously mentioned, many successors are placed in silos according to bloodline – that is, specializing in the same aspect of the business as their predecessor. This doesn’t always work.

Take the Ford Motor Company. While Ford was clearly a victim to the recession, much could have been attributed to its leadership. Leadership has always been a family affair, from founder Henry Ford, to Henry Ford II, to the last successor, William C. Ford.

However, Bill Ford recognized the need for structural change, especially in the economic climate. As a result, he shifted his role to Executive Chairman and appointed Alan Mulally to CEO in 2006. Under Mulally’s leadership, Ford has returned to profitability, experiencing a 59 percent growth between 2006 and 2013.

Highly successful successors realize the need for change, embrace technology, and understand when it’s time to call it quits. Depending on your outlook, taking over the family business can seem like a blessing or a curse. However, it’s how you deal with your newfound position that clearly makes all the difference.

What do you think? What are some other habits of highly successful successors?