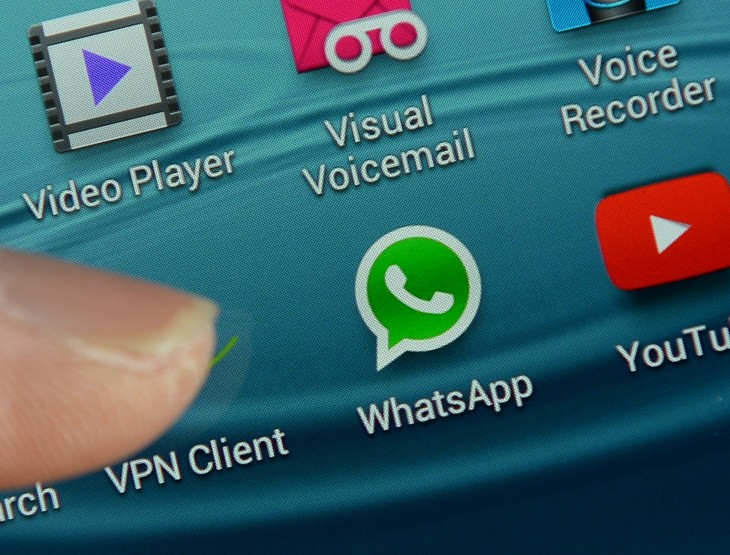 Sangeet Paul Choudary is the author of the blog Platform Thinking. Patrick Vlaskovits is a NYT bestseller author and CEO of Superpowered.

Welcome to the age of the zero-dollar marketing startup. WhatsApp, and earlier Instagram, have officially become a permanent part of startup lore for having built multi-billion dollar businesses without (reportedly) spending a dime on marketing.

Meanwhile, Airbnb has grown from a hipster community of mattress-renters to the world’s largest provider of accommodations without spending even a fraction of what traditional hotel chains spend in marketing.

Marketing is dead! Or that’s what many would have you believe. A great product sells itself, of course! Fire the marketing team!

The fastest growing networks on the internet – Airbnb, Instagram, Facebook, YouTube, Snapchat – may not have spent much on marketing, but they all have one thing in common: Each of these networks piggybacked on top of another pre-existing network.

Facebook and Bebo grew on top of the network embedded in our email. Many networks, including Instagram, grew on top of Facebook itself. For a while, Airbnb grew on top of Craigslist, while Snapchat and WhatsApp have leveraged the mobile phone’s organic network, the phone book, to create networks native to mobile,

If you’re building a social network, marketplace or platform and you haven’t considered piggybacking on a network, you need to think again.

Much so-called ‘growth hacking’ relies on testing of cause-and-effect and optimization of funnel conversions. But in the early days of a network or a marketplace, startups are faced with a radically different problem. Why will users come on board when there’s no one else there? Why will producers set up shop in a marketplace that is not yet frequented by consumers and vice versa?

The classic chicken and egg problem cannot be solved by pulling in users and optimizing conversions. Before network effects set in, users will neither get activated nor will they get engaged.

Set a network to catch a network

To grow a network, you need to think like a network. To get enough users on board to create network effects, you need to piggyback upon another network. Piggybacking on a thriving network works wonderfully as long as your platform is complementary to that network and delivers additional value to the users there.

As far as growth strategies go, there are few strategies that are more scalable and sustainable as engines of growth.

Paypal got almost all its traction by piggybacking on eBay and offering a much superior payment method than the painful check-over-mail. It solved the pain points around payment on eBay providing instant payments without the hassle of credit cards and assuming much of the risk of online fraud.

Soon enough, Paypal was the predominant mode of payments on eBay and rode its growth to become synonymous with online payments.

But not all piggybacking stories end happily ever after. Apps that have leveraged Facebook to grow aggressively, have found their business jeopardized with a change in Facebook’s news feed algorithm. Startups that tried to emulate Airbnb and siphon users away from Craigslist were sent cease and desist letters. Even Paypal was banned on eBay for a while before the marketplace had to accede to the wishes of the users.

So what does it take to successfully piggyback a network?

The biology of piggybacking

Successfully piggybacking a network is more complex than simply choosing a network and executing an API integration. A startup looking to piggyback on an underlying network needs to understand the nature of its relationship with that network.

Borrowing analogies from biological systems, there are three types of relationships between your startup (the Guest) and the underlying network (the Host).

In certain cases, a partnership model may be initiated by the Host i.e. the underlying network.

Much like how colorful clownfish (Guest) inhabit sea anemones (Hosts) whereby each party gains protection from their respective predators, both networks benefit from each other.

For example, Facebook’s partnership with Spotify, following its launch of frictionless sharing, is designed in a way that both Facebook and Spotify benefit.

Facebook needed greater engagement among users and Spotify needed listeners, even though the implementation of frictionless sharing has much that can be improved. Earlier, Zynga, Slide and RockYou benefited from a similar relationship with Facebook, piggybacking on Facebook for growth by providing value to Facebook users, while improving user engagement and retention on Facebook.

Not all networks may initiate partnerships the way Facebook did. In fact, most don’t.

In such cases, it is the prerogative of the guest (your startup) to be backward compatible with the host, much like a remora attaching itself onto a shark and feeding off it, you need to figure out a way to embed your functionality in the host network.

YouTube gained early traction by piggybacking on MySpace. Engagement on MySpace was built around musicians who needed a way to showcase their talent. At the time, online video was broken. YouTube fixed that with its flash-based one-click video experience and MySpace users finally had an answer to their problems.

Flickr solved the pain of sharing pictures in the blogosphere. Every blogger putting up a picture on his blog helped showcase the service to others. Flickr rapidly grew to become the fifth most visited website on the internet by the time Yahoo lapped it up.

Finally, some networks may actively discourage any form of guest-host relationship. In these cases, the startup needs to reverse-engineer an integration with the host. Such piggybacking is generally non-consensual.

Airbnb reverse-engineered a de facto ‘integration’ with Craigslist and offered users on Craigslist, an alternate, more convenient and safer destination for their interactions. Airbnb stole the network interactions away from Craigslist and was promptly blocked by the Host as soon as it realized what was afoot. 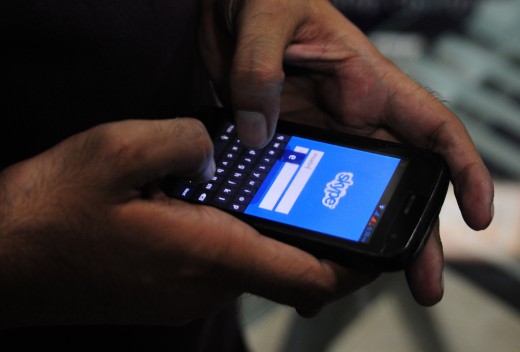 Skype, Viber and WhatsApp have similar relationships with carriers where they piggyback the connections created by the carriers (via the user’s phone book) to provide an alternate communication channel.

Viber rode this success to a $900M acquisition recently,and WhatsApp was acquired by Facebook for $19 billion in cash and stock.

Sidenote: It is interesting to note Skype, Viber, and WhatsApp are able to arbitrage users because of a lack of effective carrier data discrimination. That is to say, carriers are well aware of WhatsApp allowing users an end-around onerous SMS fees, but feel powerless – at this point in time – to raise network data rates to make it unprofitable for WhatsApp, forcing users back to SMS.

How to succeed with piggybacking

While piggybacking may seem attractive, startups need to be aware of the relationship they have with the host network and pursue strategies accordingly.

More importantly, not all piggybacking is successful. The stories above suffer from survivorship bias and are useful only when understood in the context of the factors that dictated their success and spelt failure for other startups that tried similar strategies.

In general, everyone wins in The Happy Clownfish scenario.

But in most Hitchhiking Remora relationships, the Host controls the relationship with the piggybacking Guest. This is specifically the case whenever the Host launches an open-access API upon which startups build off that to access the Host’s network. While remora may add value by plucking parasites, fickle sharks have been known to bait-and-switch and devour orbiting remoras.

The Bloodsucking Parasite relationship is a lot easier to anticipate and is always antagonistic. In most cases, it triggers an instant immune system response, which, translating to business, amounts to legal action.

The only long-term sustainable network-piggybacking, then, is the Happy Clownfish. Both the clownfish and the sea anemone need each other. Their respective physiologies are a clue. A clownfish will never grow poisonous tentacles to sting potential predators and a sea anemone will never grow fins to swim.

To be a clownfish in a sea anemone, your network needs to provide high-contrast, high-value-add differentiation with significant barriers to entry, otherwise you risk coming across like one of thousands of commoditized remoras. Facebook doesn’t want to build its own music library and Spotify isn’t interested in connecting the world outside of music.

There are three factors that determine success with piggybacking:

1. If the host explicitly calls for piggybackers, be the first to the party

When Facebook opened its platform to external developers, Zynga jumped on board and gained rapid adoption. Many startups that followed failed to get such adoption because users had become more sophisticated to the viral invites by that time and Facebook, as well, started dampening the spread of these invites subsequently.

Being the first to the party helps to get users deeply engaged before they get sophisticated and start ignoring messages from other services that follow.

Be the first clownfish to get to your sea anemone.

2. If you can build for backward compatibility, ensure you add value to the underlying platform

3. Be the first to reverse-engineer before the host wises up

When stealing traction parasitically, it pays to be the first to discover the chink in the armor of host network. Airbnb gained traction before Craigslist wisened up. But every startup that has tried that strategy subsequently has failed to replicate the same success and has instead been caught in a legal quagmire.

Being first to piggyback a host network is the most important determiner of success. There is typically a time window while these strategies work. And almost always, first-to-the-party wins. When the host wants you to piggyback, there’s a window while it will be effective. When the host doesn’t want it, there’s a window before which the host wises up. In either case, being first helps.

So the next time you hear about a startup boasting a zero dollar marketing budget and putting it all on building a great product, think again! Piggybacking is the new marketing for the age of the network effect.