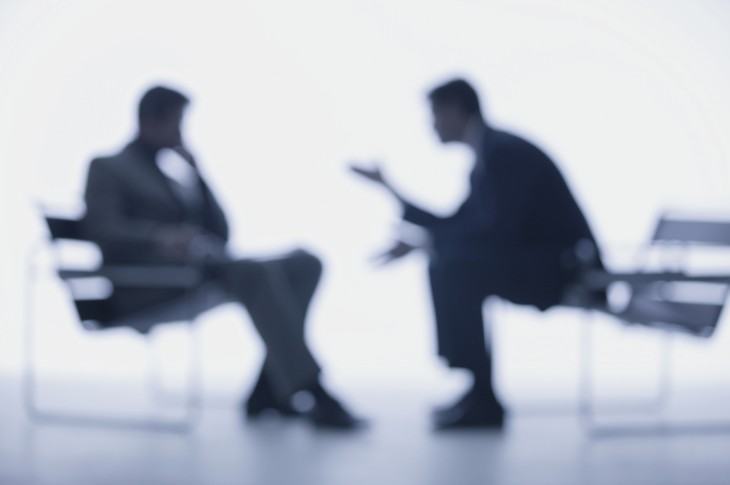 Jason Freedman is the co-founder of 42Floors, making it easy for everyone to rent office space. He’s a two-time Y Combinator alum and blogs regularly on humbledMBA. This post was originally published on the 42floors blog.

I remember showing school essays to my dad growing up. He’s a really good writer and so getting his feedback before I turned a paper in usually helped me make some improvements.

But whenever I’d watch him reading over the pages, I would secretly be hoping he’d read it and say that everything is perfect. I obviously thought it was already perfect, otherwise I wouldn’t have shown it to him.

The truth is I didn’t really want any critical feedback. As a teenager trying to finish his homework, my only goal was to do the minimal amount of effort necessary to get a good grade and be done with it.

It was such a harmful way to think. And I’ve noticed that I have let it carry into my startup life as well. Often times, when I seek feedback on a project, it’s not actually constructive feedback that I want; it’s simply approval. I want a pat on the back and a “job well done.”

Of course, that doesn’t push me to work harder. It doesn’t provide me new perspectives. And it certainly doesn’t yield the best product.

I’ve noticed that most people have difficulty seeking constructive feedback. If you’re pretty good you can at least accept constructive feedback, but rarely will you actively seek it out. Often times you’ll still be plagued by that teenage desire to simply seek approval.

But when you meet someone who is hungry for tough feedback, the effect is powerful. You can just tell that they’re going to be successful because they are so hungry for information. Their pace of learning is so much quicker than anyone else who toils alone. They don’t take criticism of their work personally, and because of this, they exude a deep sense of confidence.  I’m always inspired when I see that in its purest form.

But, if you’re someone that struggles with seeking out tough feedback here’s a little trick we use at 42Floors.

It’s a trick I learned from our investor, Seth Lieberman. It came about because I once asked him for feedback on a product mockup, and he asked if I felt like I was ninety percent done or thirty percent done.

If I was ninety percent done, he would try to correct me on every little detail possible because otherwise a typo might make it into production. But if I had told him I was only thirty percent done, he would glaze over the tiny mistakes, knowing that I would correct them later. He would engage in broader conversations about what the product should be.

In this particular case, I was indeed ninety percent done and so we debated a few details, I got my pat on the back, and I moved on.

As he was leaving, he said:

So a few months later on a different project, I came to him with some questions on a project that was still in its early stages and we wrestled with the direction together. I didn’t polish anything and he made sure not to critique things he knew I would fix later. It was really freeing.

I knew I wasn’t putting my best foot forward and he didn’t care. He was able to help me shift course without the sunk cost of throwing away a ton of work.

We try to do a Thirty Percent Feedback sessions whenever we can in our office. It’s not easy though. Most people I find still want to wait until they’re ninety percent done. But that’s rarely optimal and usually involves painful rewrites.

If you want to get your team on board with Thirty Percent Feedback, it won’t be easy.  Here are a few suggestions to help you get there:

Building the Thirty Percent Feedback into your culture

Duh. Don’t worry about anything else below if you can’t there.

Ask for it explicitly

You have to be deliberate because you’re fighting against an innate fear most people have: fear of rejection.  Some of your best people are accustomed to being good at everything they do, so they may be the toughest to get on board.

You have to explicitly ask people to be on board with this concept.

Whenever someone comes to you for early feedback you have to reward it. If, even just once, you reject someone’s draft because it’s not polished enough for you, you’ll teach everyone else in the organization to always be 100 percent done before approaching you.

Execs at big companies may want everything perfect before it gets to them, but that’s no way to run a startup.

When someone takes way too long to get a first draft out because they’re being perfectionists and you praise them for their quality craftsmanship, it teaches everyone to do the same. You should, instead, praise people that move incredibly fast.

We always strive for one week. Even for the most complex projects, we try to see what can come out as a first draft within one week. From that point on, they can get feedback and start iterating.

Set up the company for everyone to demo at your weekly meetings, regardless of what stage their project is in. It’s more of a show us whatever you have.

We used to be forced to demo every week. It was both daunting and humbling. But once we got used to it, we actually got addicted to the immediate feedback. That’s the culture you want.

One final note. Every once in awhile you’ll still have to give someone tough feedback when they thought they were 90 percent or 100 percent done. It always feel shitty to have throw away work.

But hopefully with this system, it will happen much less. And the result will not only be better products, but happier people.

Read next: You can now link your AdWords and Google Analytics accounts, use auto-tagging to get new mobile app reports