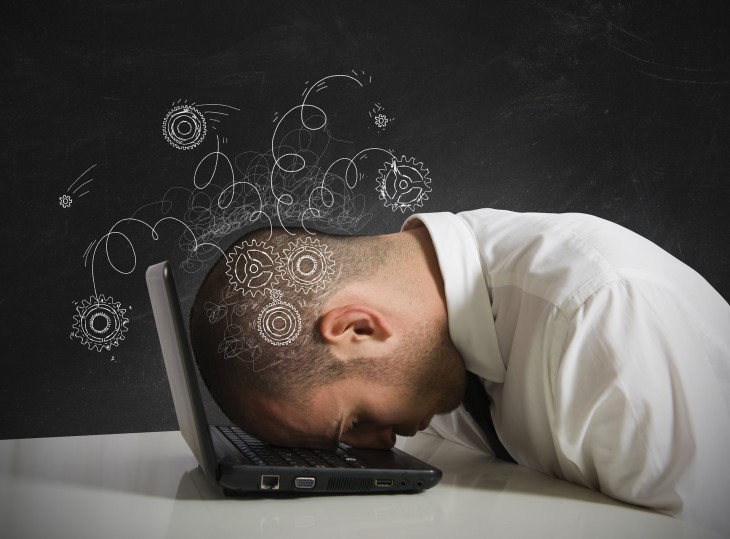 David Spinks is the cofounder of Feast: Helping busy people build a habit of cooking at home. He also cofounded CMX Summit, TheCommunityManager and writes about building startups and life experiments at WhatSpinksThinks.

I’ve learned a lot about what makes for good communication in business.

I’ve also learned about what makes for really poor communication that results in anger, drama and failure.

There’s one philosophy that has consistently proven true for me, in multiple jobs, over multiple years with many different kinds of people.

Negative emails make for very poor communication and should always be discussed in person (or at least on the phone) instead.

It’s not because they’re emotional. I think it’s absolutely essential that when you work closely with people, that everyone feels comfortable sharing their feelings, both good and bad. I have just found that email is the wrong place for it when it’s bad.

If you’re sending negative feedback, that might be okay as long as it’s presented in the positive light of your mutual goal to be better and improve. But as soon as emotion comes into it, take it off email.

This post is based on my own personal experiences so maybe others would respond differently. But in case you’re like me, I figured it’s worth sharing.

Are they being sarcastic? Angry? Sad? I have no idea.

What often happens is I’ll end up assuming the worse. I assume they’re livid, full of anger and disgust.

It doesn’t matter how descriptive you are or how many emoticons you use, when you write something emotional, how the other person perceives that emotion is completely out of your control.

2. It can create a battle to win out

Written debates are brutal. You can pick apart every single word and phrase of the opponent and you read over your response 17 times before sending it over.

That’s not a conversation, that’s a battle to win out. You’re just trying to shoot down all angles of the other person’s argument rather than come to an understanding and move forward.

I can’t speak for others but when I used to receive emotional emails, I’d overanalyze that thing until I turn blue. Then I’d overanalyze my response, trying to cover every angle.

As a result, everyone loses, the problem never gets settled and it can cause bad juju amongst teammates.

Emails also leave a lot of space between messages. Unlike a conversation where you keep working through the issue together live in real time, an email just sits there, festering.

When I receive emotional emails, I dwell. For days or until I finally talk to the person, I obsess over the email, what it means, how the other person is feeling and how I’ll deal with it. It’s depressing, really.

Passive communication like that is great for coordination and general information exchange. But when you start bringing human emotions into the mix, save it until you can actually have a live conversation about it.

4. We can be irrational in the moment

Most emotional emails are written in the moment of emotion.

Our emotions are strong and can make us say or do things we regret. Forcing yourself to take it offline and talk it out in person will also give you time to reflect and approach the situation rationally.

At the very least, save it as a draft and come back to it later after you’ve had time to calm down, reflect and think rationally.

So here’s what you can do instead of sending emotional emails:

When I want to send one, I’ll write out the draft and then not send it. Then I’ll send something like, “Hey, can we hop on a call, had something on my mind,” and set up a time to talk through it.

When someone sends me a negative email now, I simply respond with something along the lines of, “Let’s get on skype and talk this out.”

That simple change in how I deal with communication has vastly improved both my sanity and my ability to work well with others.

Another good strategy that has worked for me and my partners is to set a specific meeting up at the same time every week that’s dedicated to sharing your thoughts, feelings, fears, excitements etc. We’d go for a walk, go get bubble tea, sit in a park, away from computers, and just talk. This way, if we had something weighing on our mind, we knew we’d have the chance to share it at the meeting and didn’t have to email to bring it up.

Turns out when you have conversations like that, you gain a lot of perspective about yourself and your company as well. Some of our biggest decisions for Feast have come from these talks.

A friend of mine does this every time he feels angry. He’ll write out the email but never send it. Writing it out makes him feel better and lets him think through the situation. Then he just deletes the draft.

I’ve done the same, sometimes actually writing letters to people in my private journal. Just writing things out can make you feel much better.

If you have no other option than to email, then do that. It’s better than not expressing your feelings at all. But if you can, hold it until you can talk it out live in real time.

Read next: The New York Times' mobile apps now only give you 10 free articles a month, down from 3 per day