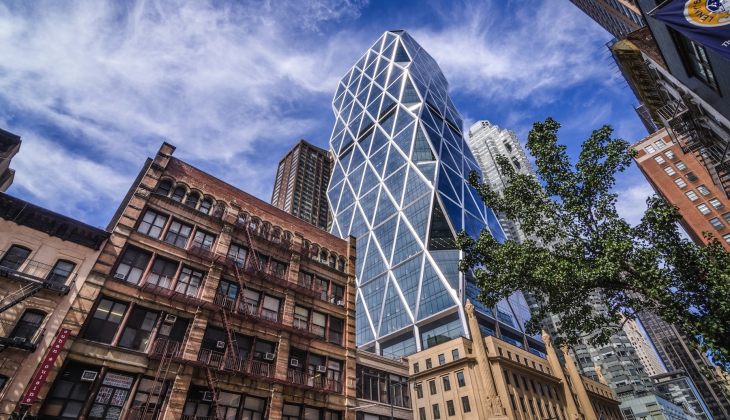 Nathan Parcells is co-founder and CMO of InternMatch, an online platform connecting the best intern candidates and employers. Connect with Nathan and InternMatch on Facebook, LinkedIn, and Twitter.

The past year was eventful for a number of reasons, including new iPhones, next-gen consoles, and intern lawsuits. But which one of these things is not like the other? I’ll give you a hint: It’s probably one that you never thought would happen.

Many internship programs were filled with disaster after disaster in 2013. Unfortunately, due to poor management, discrimination, and lack of opportunities, some interns had no choice but to file lawsuits and go public with their problems. Now, many organizations like Conde Nast and Fox Searchlight have had to shut down their programs all together or pay up.

Having an intern is not an excuse to feed into the usual stereotypes of menial or unfulfilling work. As a leader of a startup, I know it can be hard to forget this when you’re busy making deals, finding funding, or growing your business. But the experience you provide should help students and young professionals to advance their careers, not leave a bad taste in their mouths.

In 2014, I challenge you to think bigger, be smarter, and avoid the internship disasters of the past year. Below are some notable cases and advice on what you can do to avoid similar issues:

Conde Nast, the powerhouse behind such publications like Vanity Fair, The New Yorker, and Vogue, faced a thunderstorm of controversies in 2013 — and it all came down to compensation.

According to a class-action lawsuit filed by formed interns Lauren Ballinger and Matthew Leib, the publication giant paid them less $1 an hour during their time with the company. Apart from working long hours and not getting credit for their time, Ballinger and Leib weren’t even provided a living wage, which is particularly damaging since the internships were in New York City.

The dangers of offering unpaid internships at your startup, especially now that interns are standing up for themselves, can also be detrimental to your business, as well. Even giants like Conde Nast couldn’t face the heat: The company decided to nix their program altogether.

Compensating your interns for their hard work isn’t a foreign concept. In fact, paid interns are happier and more engaged, which is good for you and for them. Plus, it really helps them out with burgeoning student loans and debt.

Takeaway: If your startup can’t afford to offer at least federal minimum wage, think about additional forms of compensation such as a stipends, skills training, and professional development. This shows appreciation and helps students move forward in their careers.

One of the main benefits of an internship program is real work experience. This could mean allowing your interns to assist in event coordination, work on fundraising tasks, or help with project development. Justin Henry, a former intern with Warner Music Group and Atlantic Records, didn’t receive this during his experience — and he later handed the music giant a lawsuit to prove his point.

According to the lawsuit, Henry claimed to worked full-time for eight months without pay. The lawsuit also alleges his internship existed solely for the benefit of Atlantic Records and that he received no training or mentorship during his time there.

So, in addition to not paying its interns, the major recording organization didn’t do much to compensate in terms of experience. Henry may have signed up for an unpaid internship, but he certainly didn’t sign up for days where his focus was primarily filing, faxing, answering phones, or fetching lunch for paid employees.

Takeaway: Your startup should focus on honing the skills and developing the capabilities of students and young professionals.

Lihuan Wang, a former intern at Phoenix Satellite Television U.S, alleged that she experienced sexual advances from Zhengzhu Liu, her bureau chief. Here’s where it gets messy, though: A New York judge ruled Wang was not covered by the New York Human Rights Law because she was not paid, and therefore not an employee.

You read that right. No pay means no rights.

Sexual harassment is a very serious charge. What makes this situation worse is the fact that, even if Wang’s accusations were correct, nothing could have been done because she was not seen as an employee in the eyes of the law.

Although states like Oregon are moving forward with intern workplace protection laws, cases like Wang’s will continue to happen if interns aren’t given the rights they deserve. (This, of course, could have been solved if Wang were paid.)

Takeaway: Your startup needs to be very careful of how employees behave around young professionals. While an inappropriate joke may seem like something that could be brushed off, it’s never OK to treat others with disrespect. Treat interns as you would treat any other employee.

If your startup is projected for sustainable growth and expansion, don’t let things burn to the ground by being slapped with an intern lawsuit. Pay yourinterns as best as you can, give them professional development opportunities, and protect them against discrimination. This will ensure a fulfilling experience for both you and for your interns.

What do you think? What are some other things your startup can learn from the internship disasters of 2013?