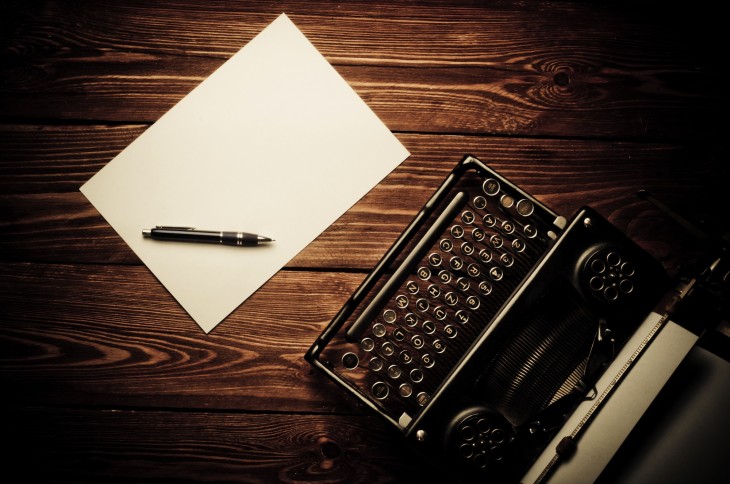 Amanda Foley is a writer and marketing associate at audience.io, a New York and London based audience development company.

Naming your startup can be one of the most difficult challenges for an entrepreneur.

Not only do you need to come up with something relevant, but you have the added stress of worrying about the verb effect, if it’s easy-to-spell, globally understandable, catchy, memorable and gives off the right impression.

The list of important factors when naming your startup is practically endless, and there are many common roadblocks when it comes down to choosing the final name. Once you’ve racked your brain and come up with a couple of potentially perfect ideas, you then have to figure out if the domain name is actually available.

“In a world where all the obvious names are taken, finding a good name is a test of imagination. And the name you choose tells whether or not you passed that test.”

Whilst some argue that paying big bucks for a dot-com address is essential, sometimes it’s unavailable or just too costly to purchase from domain name squatters. So, what happens if you think of the “perfect” name and you can’t get that prime dotcom address you were hoping for?

Trends like dropping the vowels, misspelling words and using the other top-level domain names (TLD) like”.ly” or “.be” is still a very popular choice, and there are many companies who include a call-to-action in their domain name like “http://getpocket.com”

“.io” websites, which have wildly grown in popularity over the last year, use the ccTLD (country code top-level domain) for the Indian Ocean Territory. The .io TLD has serious “nerd allure” amongst developers, techies and hackers. “These new .io sites are almost artisanal in nature – small, well crafted and functional. It’s like a TLD for techies with taste” says entrepreneur Russell Beattie.

Stef Lewandowski, co-founder of Makeshift.io, which has launched apps attending.io, hiremyfriend.io and wrangler.io, says, “.io domains belong to the Internet artisans… at least that’s the vibe it has. We’ve managed to turn this little island in the Indian Ocean into a brand for the people who are making the Internet.”

The .io domain also references “input/output”, something that Courtney Boyd Myers, founder of audience.io was drawn to when naming her company, which manages the input and output of a startup’s audience. Cofounder of Greenhouse.io Daniel Chait learned first-hand how tough it is to find a dotcom domain name that was functional and available, which is why he turned to a “.io” as well.

“The reality is that startups today need to look at other domains,” explains Chait. “It’s like the NYC real estate market; once an area gets ‘hot’ everyone moves in.” The icing on the cake for .io extensions is that Google recently started treating .io like a “generic” domain extension in search results.

Let’s take a look at 10 startups who got a bit creative with their domain name registration and shunned the “traditional” dot-com name for something a bit snazzier.

Listly is a content marketing tool that helps helping bloggers and publishers “take lists to the next level” by creating lists that are social, viral and constantly evolving. When launching Listly in 2011, co-founder Shyam Subramanyan says that “listly.com” wasn’t available, but they were okay with choosing an alternative. Opting for the often used “.ly” extension, they ended up with List.ly.

“We wanted a domain name that was shorter than listly.com anyways… it allows us to have more compact short link URLs for Listly lists,” said Subramanyan, also adding that “people [have] sometimes wondered if we are associated with a service outside the US”.

Due to this reason, Listly ended up acquiring Listly.com – but they kept the .ly extension. “Even though we have listly.com now, we still love being “listly” rather than “listly.com“.  That’s why you see listly.com redirect to list.ly,” says Subramanyan.

“I was obsessed with the book Pygmallion in high school and fell in love with Eliza Doolittle’s song Wouldn’t It Be Loverly?” says founder Kellee Khalil. “Combine the word Loverly with a tech edge and you get Lover DOT ly!”

Launched in New York City in 2011, joingrouper.com is a social club that sets up drinks between two groups of friends, then lets the sparks fly. The social events startup has spread to major cities in the US, and has just launched across the pond in London.

Why pick “joingrouper.com” rather than an alternative? “It has a natural call-to-action!” says Director of Operations Kristen Badal. The domain name choice just made sense for the community-focused company, says Badal. “We want new members to join the Grouper community and have an epic adventure with their friends, so it was an easy choice for us.”

Called “one of the 15 best blogging and publishing platforms on the Internet today” and winner of the 2013 Evernote Dev Cup, British Columbia-based Postach.io managed to jump on two startup-naming trends at once. The company has both misspelled “Pistachio” and shirked the dot-com. It seems not even the fact that “Pistach.io” was taken would deter them from having the name they wanted.

“[My co-founder] Gavin thought of it, but really knew we wanted a .io domain name with a [play on words]” says Postachio co-founder Shawn Adrian. “He woke up in the night and it just came to him… also, pistachios in Taiwan are called happy nuts, and in other cultures they’re reserved for royalty!”

Believe.in is a UK-based startup that has just launched globally, making its social fundraising platform available to charities to the US, Canada, Ireland and Australia. So why choose the “.in” TLD?

“There is no science to naming. Names are as much the consequence of the most elegant distillation of one’s intent, product, or practice, as they are the survivors of feasibility,”  says founder Matthias Metternich. “Devising a name that is also memorable and concise in a connected world where we vie daily over those limited number of words we have presents further challenges yet.”

The well-chosen name is evokes mental connections with “believing in something” and putting your energy towards social good, which is exactly what Believe.in is trying to do.

Mobile payment app paywithcover.com is a New York-based company, like Grouper, who included a more distinct call-to-action in its domain name. Cover clearly explains the functionality of the app right in the URL – a seemingly effective strategy, as the startup just secured $1.5 million in seed funding.

“We decided to focus our energy on building our company instead of worrying about the URL. paywithcover.com is one of the first alternatives we thought of – it’s easy to remember and makes it clear what Cover is for,” says Andrew Cove, co-founder of Cover. “Not having the generic domain hasn’t affected our growth at all. No one is putting ‘cover’ into their browser expecting to find a restaurant-focused mobile payments app.

“Great restaurants and new customers find us in the App Store, in the press, and on Facebook, Twitter, and Foursquare.”

Lock8.me, a current darling of the Berlin startup scene and winner of TechCrunch Disrupt Berlin, decided on a “.me” extension rather than picking a dotcom. Lock8 has developed a smart bike lock, allowing you to locate and track your beloved bicycle via GPS in the case that it gets nicked by a would-be criminal. Lock8.me (“locate me!”) has a memorable domain hack that almost jumps off the page at you.

In the case of Import.io, the domain name choice isn’t just about finding a dotcom alternative, it was about appealing to the right crowd. As mentioned earlier, using the ccTLD “.io” for your startup name is starting to become synonymous with “tools for techies”, and London’s Import.io does what it says on the tin.

Import.io is all about organizing, exporting and visualising your data. Earlier this year the company secured over $900K in a seed round.

Singapore-based founder Sasa Vucinic has a passion for helping to establish free press in the developed world, so its main audience tends to be outside of the United States. Without a primarily US-based audience, they fare fine without a dot-com.

Lastly, we’ve got London-based getsomeheadspace, another company who choose to use a clever call-to-action in its domain name. Though the company now also owns “headspace.com”, you’ll notice it redirects back to the original site.

Founded by a former Buddhist monk Andy Puddicombe, Headspace is cashing in on the growing “mindfulness” industry, and has had impressive growth and coverage in major media outlets around the world, particularly in the lifestyle industry.

Whether you choose a .io for its nerdy coolness or a .es, .ly or .be to spell at your startup name, getting creative with your domain registration is all the rage these days. Boring.coms are for Grandmas, and people who use Facebook. (We joke!)

What’s your domain story? Let us know in the comments!

This post has been brought to you by Namecheap: Register your domains hassle-free