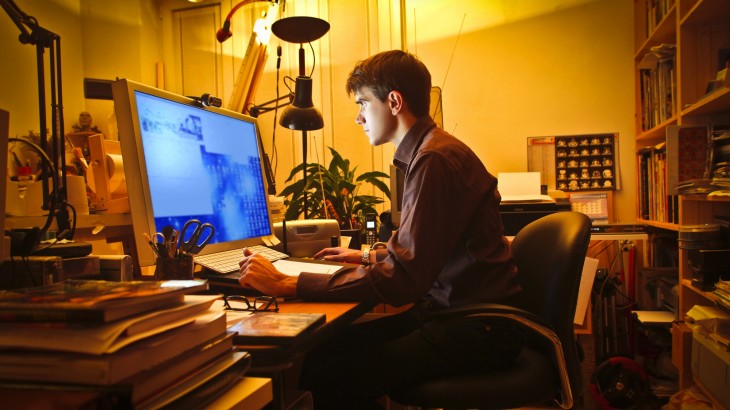 Paul Jarvis is a Web designer and author. His latest book, Everything I Know, is now available.


Working for yourself is scary stuff.

When you work for someone else, it’s easy to blame failings or frustrations on the boss, the company or even the customers you’re forced to deal with.

But when you run the show, it’s all on you.

Self-employment is the ultimate life experiment, complete with an uncountable number of variables that come with large amounts of fear and challenges. But for those of us who do it, we don’t know any other way. We aren’t content with the status quo and feel the need to hack it. To innovate. To make something new.

I’ve been on this path for over 16 years, mostly writing and making websites, but I’ve also started a handful of other ventures that have absolutely flopped. I’ve also started businesses that did well but I ended up closing them down— it’s surprising how easy it is to build a business you hate, and then it’s nobody’s fault but your own.

Along the way, I’ve learned a few things, not just about doing well at working for yourself, but how I could actually enjoy working for myself.

Don’t think too much about starting something or you might talk yourself out of it. The caveat is that sometimes your ideas may be awful and not work. That’s why it’s important to start in small steps (with little to no money on the line). Every huge idea can be boiled down to a smaller one, sort of like a prototype. Start there, and start now.

I started writing my first book before I thought too much about it. At first I approached it from the standpoint that it was just a fun little project, just for myself. I didn’t know anything about writing a book or cooking (it was a vegan cookbook), and if I had actually thought it through, I probably wouldn’t have done it. It’s now sold thousands of copies.

I like to frame my business ideas as experiments (no lab coat required). I do this because experiments don’t fail, they simply show results. Sometimes those results are great and point you in the direction for bigger and better things. Sometimes they just show you what idea isn’t worth pursuing.

The main thing, in either scenario is not to focus on the results but instead to focus on the work at hand. The Bhagavad Gita (an ancient Yogic text) says something similar—that we are not entitled to the fruits of our labour, but only to the labour itself. This is a bit of a heady concept, but understanding it keeps you from feeling entitled (which always leads to bad things).

Make your own path

There’s no guarantee for success in business. So although it seems appealing or easier to model your business after one that’s successful in your niche, doing so won’t guarantee success.

And even it does, you’ve succeeded on someone else’s terms instead of your own. Since it’s not a sure thing either way, why not do things your way? I guarantee it’ll be way more meaningful, too.

I write at least 500 words a day, every day, no exceptions. I’ve done this for at least a year. I do it especially when I don’t want to or don’t feel inspired. Why? Because I want to increase my odds of writing something good.

Some days what I write is utter garbage, and that’s okay, because that’s not the point. But unless I show up to work at what I do as often as possible, there’s no hope that inspiration will show up as well. And some days, when I think I’m horribly uninspired, my best work flows out.

We’ve got to get the idea out of our heads that our work (especially if it’s creative or art-related) is so precious that it requires almost divine intervention in order to be done. The best artists chip away at their creations like any other job. So if the muse is looking, she’ll see they’re hard at it and hopefully whisper in their ear.

When you start doing work for yourself, it’s great (and fun) to have dreams, goals, plans about the future and when you might make it big. But what’s more important is to have clear focus on what’s directly in front of you—which, in most cases, is hard work.

The more present you can be with doing the actual work, the more actual work you’ll get done. As I said above, the more we focus on the labour, and less on the results of that labour, the better the work will be. We need to get out of our own heads sometimes and just do the work in front of us.

Launching is better than perfecting

Perfection isn’t something that can ever be attained with the work we do, and the more we walk towards it, the more it stays a distant dot on the horizon, always just as far away from us as when we started.

Whereas launching is a definite point on the road. We see it clearer the closer we get to it. And the best part is, we can actually reach it if we work at it.

I’ve ruined products by getting stuck in an endless loop of trying to make them better. Until I reached a point where I was so frustrated that it wasn’t perfect that I then lacked the drive to push it towards launch.

Getting something—anything—out the door is the most important part. Make it great, sure. But acknowledge where great leads to diminishing returns.

We are horrible multi-taskers. Yes, I’m talking to you friend, the person who thinks they are awesome at it. I’m also talking to myself, for every time I leave social media open because I think I can do actual work and keep up with status updates and retweets and blah blah, all at the same time.

This multi-tasking, in one of its worst forms, appears as judgement and comparison. We troll the internet to see what other people are doing so that we can judge our work by comparing it to theirs. If they’re further along than we are, we tell ourselves we’ll never get to where they are. And this keeps us from starting our own thing.

There’s no true comparison because everyone’s different in terms of the values they hold their work to, and more importantly, everyone’s at a different place in their journey.

We also judge ourselves, often too harshly. We need to fall out of love with our inner critic—because it rarely, if ever, serves us.

If someone told me “write a book!”, I’d freeze up and be overwhelmed. It wouldn’t get done because it’s too big a project to think about in its entirety. But if I break it up into outlines, chapters, single ideas, then it’s manageable. If I focus on one idea or chapter at a time, it seems doable.

The same applies with to-do lists—if you can check off those to easy-to-accomplish tasks each day, you’ll feel better about yourself and therefore have more energy to keep doing your work. If “write a book” was on there, you’d look at it every day and feel frustrated or awful that it wasn’t yet done.

Busyness does not equal productivity

There aren’t badges handed out for the long work week, and if there were, I’d have gotten a few (in my early days, I used to work 80-100 hours a week) but they wouldn’t have been worth it. 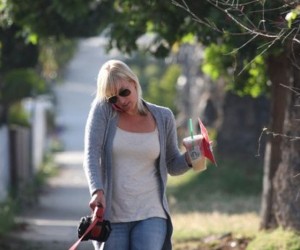 Then I realized I didn’t need to work so many hours because I didn’t really have a good reason to. I wasn’t trying to make the most money or work myself to death (or at least sickness), so I stopped.

Instead, I began focusing on how I could get my work done in the most efficient way, so that I was then free to do other things—like hiking, hanging out with my wife and pet rats or traveling.

Work smarter, not more. And the best part is, the more you are present and focused, the quicker the work gets done.

Whatever our intentions are, they are evident to others because we are mostly horrible liars. And sometimes we’re just lying to ourselves.

We can innately see what the other person is really after. So why not be after something good? That way, when people see through what you’re really after, they’re happy about it, instead of angry or disappointed.

Whenever I do well with my work, it’s because I’m focused on helping someone or was excited to collaborate, instead of just wanting to making money off them. It’s an easier and better way to do things that ends up always “paying off” favourably.

The most important thing that I’ve learned (bonus #11!) is that the best advice is to listen to yourself. Everyone’s got an opinion about working for yourself (myself included, obviously), and while it’s all well-intentioned, nothing takes the place of trusting your own journey.

No artist ever said, “Well, I just painted my masterpiece… hello retirement!”

There’s no end point (except maybe death? or going back to working for someone else?). There is always learning to do and growth that can happen.

I learn new things every day about what I do, and I’m thankful for it.

Read next: Motorola's modular Ara smartphone just might become a reality thanks to parts deal with 3D Systems