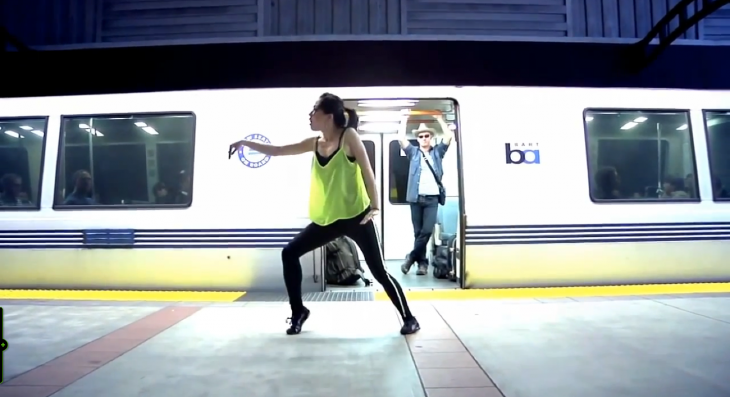 Herbert Lui does marketing for clients such as Pivotal Labs, Busy Building Things, and Renegades. He is the author of a free guide to building credibility online. This post was originally published on his Medium blog.

When Kobe was developing his jumper he’d spend his offseason making 2,000 shots a day. Not taking. Making.

I was recently reminded of a simple general principle to operate by, especially for those of us in the early phases of mastery or wanting to expose ourselves to high-growth opportunities: Quantity trumps quality.

Let me elaborate: quantity should be a higher priority than quality, because it leads to higher quality. The shorter path to maximized quality is in maximized quantity, and executing on the feedback after each finished product. (Some may say that this is a less refined form of deliberate practise.)

As David Bayles and Ted Orland write in Art and Fear:

The ceramics teacher announced on opening day that he was dividing the class into two groups.

His procedure was simple: on the final day of class he would bring in his bathroom scales and weigh the work of the “quantity” group: 50 pounds of pots rated an “A”, 40 pounds a “B”, and so on.

Those being graded on “quality”, however, needed to produce only one pot — albeit a perfect one — to get an “A”.

Well, came grading time and a curious fact emerged: the works of highest quality were all produced by the group being graded for quantity.

It seems that while the “quantity” group was busily churning out piles of work—and learning from their mistakes — the “quality” group had sat theorizing about perfection, and in the end had little more to show for their efforts than grandiose theories and a pile of dead clay.

It’s easy to get caught up in analysis paralysis

I’d recently watched a Vice magazine clip with Kanye West, who says he would rather spend more time focusing on 14 tracks rather than spreading them across 40. But even in 2007, when the interview was conducted, West’s skills and vision for music production were already on a much higher level than the majority of people are with anything.

Lock yourself in a room doing five beats a day for three summers. That’s a different world like Cree Summer’s. I deserve to do these numbers!

In his song Spaceship, West claims that early on in his career, he made 5 beats everyday for 3 summers. That means the majority of his learning was done through a quantitative measure.

This “quota” type is a very tangible goal that has been applied, to much success, outside the domain of music and athletics.

Perfecting your skills with experience

A young lady named Karen Cheng learned to dance in a year. Did she spend hours deciding on the perfect dance or studying the perfect models?

Nope. She simply told herself she would dance everyday. Comparing Day 1 to Day 365 is absolutely remarkable. She also filmed her progress; this opened up the opportunity to gain feedback from other dancers.

This isn’t the first time Karen developed a skill through structured process and quantity. While she was a project manager for Microsoft, she realized she wanted to become a designer. She details how she became a full-time designer at Exec in this post; essentially, she would rush home after work everyday to master the design skills necessary to land a design gig.

A young lady named Jennifer Dewalt wanted to learn how to build a website. Did she spend years looking for the perfect one to model?

Nope. She simply paid for a co-working space and took a stab atbuilding 180 websites in 180 days. I’m under the impression that she spends the majority of her day on this initiative, and so doesn’t have another job to answer to. (Keep in mind that this option still is much more frugal than paying thousands in tuition for “hacker school” AND leaving your job to do it.)

The co-working space was a great call, as it removes a lot of distraction. In case you need more leverage, find a friend to be an accountability partner or use Stickk and punish yourself for not meeting your goals.

…if you’re just starting off or entering into that phase, you’ve gotta know it’s totally normal and the most important possible thing you can do is do a lot of work. Do a huge volume of work. Put yourself on deadline, so every week, or every month, you know you’re going to finish one story.

You create the deadline. It’s best to have somebody who’s going to be waiting for work from you; somebody who’s expecting it from you, even if it’s not somebody who pays you, but you’re in a situation where you have to churn out the work.

As Ira Glass so famously put it, the best way to refine your craft is to create a huge volume of work. Not to create the most perfect piece you can, but to create many pieces of work.

If at first you don’t succeed…

Don’t get stuck trying to get it right the first time. Instead, start making one or two things everyday.

You’ll eventually figure out how to get feedback and improve (I’ve got a post coming up on that in a few days, follow me on Twitter to make sure you don’t miss it!), but the internet is a great source of advice and exposure to better work (which you can compare your own to).

If you’re writing, write two crappy pages per day or structure out one to two pitches for articles per day. If you’re designing, do one of Cheng’s tasks in sequence daily, or build a website everyday like Dewalt. If you’re picking up an instrument, practise a piece of music 12 times (or 5 times if you’re short on time) before putting it down for the day.

Once we have something to focus on and maximize, it’s easy to rally the resources necessary to do it. So make it easy. Name a quantity right now, and aim for it daily. Keep your eyes peeled for feedback sources. Watch yourself grow, improve, and produce higher quality work naturally.

Read next: Why is the first medical tricorder coming from a startup, Scanadu, and not a med-tech giant?