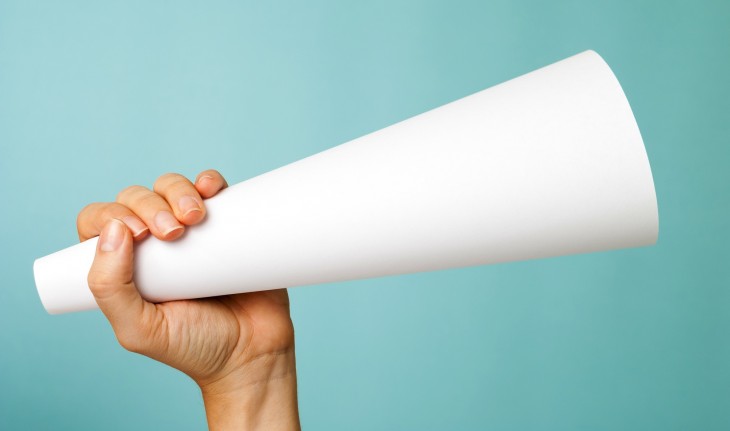 Herbert Lui is the author of a free guide to building credibility online. This post was originally published on his Medium blog.

You know people whose main gig appears to be self-promotion? The ones who talk a lot more than they actually do?

If you’re anything like me, you despise bragging and try not to do too much of it yourself. Unfortunately, being a writer already inherently involves a lot of sharing of thoughts, so in a way I already feel like I talk too much. That’s why sometimes, I am a bit quieter about business and writing —often not naming names, not sharing too many details.

This is because I wince everytime I hear a casual humblebrag. “Oh, I was just chatting with ABC from XYZ the other day,” (I didn’t ask — why so specific?) Stuff that’s just Like-fodder on Facebook, that just serves as validation for their own ego. What, do you want a gold star?

In contrast, I have admired individuals that move behind the scenes and get stuff done without explicitly congratulating themselves for it on a daily basis. And, as Derek Sivers points out, talking about your plans makes it less likely you’ll achieve them. Another reason I had resolved to keep my mouth shut.

The thing is, however, the real-world consequences of not bragging are much more significant than I had thought:

While the extremes of egotism can be awfully distasteful, there is something to tooting your own horn. Among the complex reasons for the promotion paradox that women face, including harmful gender stereotypes and perceptions, is a lack of confidence in communicating achievements, in saying so even when they actually are awesome at what they do.

In fact, a 2011 Catalyst study found that the most powerful tactic for women in advancing their career was to make their achievements known. Calling attention to accomplishments led to more career satisfaction and was actually the only reliable factor associated with bigger raises. As much as we believe, or want to believe, that our achievements speak for themselves, that alone isn’t enough. We have to speak about them too.

Part of the job is to speak about your achievements, and to share them with the team or with the collaborators. It can be tough to distinguish this from bragging, and you may not get it right on the first try (that’s cool), but it’s important to figure out where that line is.

Who knows? Your “brag” could change the way processes work at your company. It could act as inspiration for the other teammates. Or you could get recognized for your strength and get put on projects that are more interesting to you.

So here I’m thinking, because you never say anything at meetings, that you’re either dumb, you don’t care, or you’re arrogant. When maybe it’s because you were taught when you were growing up that when the boss is talking, what are you supposed to be doing? Listening.”

“My parents would say, ‘Don’t create problems. Don’t trouble other people.’ How Asian is that? It helped to explain why I don’t reach out to other people for help.” It occurred to Takayasu that she was a little bit “heads down” after all. She was willing to take on difficult assignments without seeking credit for herself. She was reluctant to “toot her own horn.”

Takayasu has put her new self-awareness to work at IBM, and she now exhibits a newfound ability for horn tooting. “The things I could write on my résumé as my team’s accomplishments: They’re really impressive,” she says.

If you don’t show your achievements, in everyone else’s eyes you’re not being stoic and effective — you are behind.

How others brag gracefully

Here are how some people have bragged without having the world hate them:

“You could see Willie standing on a street corner, sweating through his seersucker suit, with his hair down in his eyes, holding an old envelope in one hand and a pencil in the other, working out figures to explain what he was speaking about, but folks don’t listen to you when your voice is low and patient and you stop them in the hot sun and make them do arithmetic.”

— All The King’s Men, Robert Penn-Warren

Don’t stop doing things. However, perhaps it’s time you told, or showed, more people. The world knows about people like Derek Sivers because he told his story and shared his achievements. Don’t hog your memories, people might learn from them.

Show your results to the world. I know I’m going to start showing more of mine. Don’t let the fear of being called a barker, or a loudmouth, be a barrier to the opportunities you could be gaining by showing people what you’ve accomplished.

With that said, I’d still reconsider the “On the grind hard,” Tweet every morning.