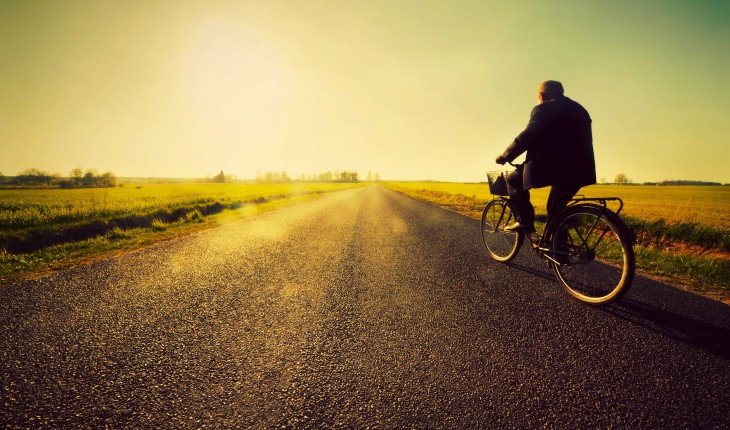 This post was originally published on the Makeshift blog.

A few years ago I was stuck. I’d stopped enjoying what I was working on, and I needed a change. I had several ideas that I thought could be good web businesses, and I’d prototyped a few of them.

I was invited to speak at an event, and on the panel with me was a prominent person in the London tech scene. After the event we chatted over sushi, and I told him about all of my ideas. He was patient, he asked good questions, and at the end I asked “so what do you think?” His answer was blunt…

Just do one thing

It’s the classic piece of advice to give to someone looking around for their next thing, who clearly has an opportunity to go in many different directions. I nodded, accepted the point and I’ve not stopped thinking about it since.

A couple of weeks ago in an interview I was asked “what’s the best piece of advice you’ve ever been given?”

My answer was that this one piece of advice – “just do one thing” – was probably the best advice I’ve received. Because I’ve totally ignored it.

I often hear people describing themselves as being in the mode of “putting out feelers”, perhaps thinking of leaving your job to do something else. It’s a liminal state where you’ve decided that you’re open to opportunities that will enable you to move from one period of focus to another.

In the past, that would have involved having conversations, writing to people who you respect, and searching for job listings. Recently, I’ve also seen a new trend—people making prototypes in their spare time, and trying to find a way to turn a prototype into their next thing.

My approach, looking back at having been in that liminal putting-out-feelers state a few times now, is to let a thousand flowers bloom.

In the past, rather than looking for a single opportunity to fully commit to, I’ve started off with several ideas with several people, with a huge variety in scale. I remember when I decided to move away from agency life, I had a proposal in the final stages for a £25m innovation lab, a handful of prototypes, a citizen journalism project that had users, and a diagram on a piece of paper for how you might make a TV and film workflow in a web browser.

The lab didn’t happen, the prototypes were interesting but didn’t grow, the citizen journalism project had no revenue, but that piece of paper, well, we raised some angel funds and it became my next focus.

It sounds great, when I put it that way, but the risk of spending too long in that “feelers period” is that you may start getting involved in too many early stage opportunities and end up dithering. Not picking one, committing to it and following it through to its logical conclusion – a new venture, a new job, a contract of some kind, and on into building a successful business, product or organisation.

Yet I’ve become unconcerned about that risk. I’ve been in that “opportunity dithering” mode a few times and I have come to look at the process in a more positive light.

Rather than just having one idea, I go for several small ideas, do hacks, have conversations, and, if you’ll forgive the flowery language, sow a seed. Each could have potential to grow into something big (the little big idea), but there’s often no knowing at an early stage which one is the right one to focus on. Like the one that was just an idea on a piece of paper.

If prototypes and hacks are cheap, a good strategy in my view is to hedge your bets by doing many prototypes. Do that until the last possible moment to maximise the opportunities you have. You do perhaps run the risk that opportunities may pass you by, so there’s a “Goldilocks zone” of increasing-to-decreasing opportunity to be considered.

At some point you have to quit your job and commit to something, and that’s what I decided to do after my conversation with the investor I mentioned at the beginning of this article. But by going wide, I’d given myself options.

Focus, focus, focus. I guess that’s the point of the “just do one thing” advice.

Once you’ve spotted something, and you’ve got a good signal, that this is the thing you should be doing, then it’s all about getting laser-focussed to make it happen. Spotting it though is really hard. And when you’re interested by lots of things, how can you decide where to put your efforts? For me, it’s about looking for signals.

Depending on what it is that you’re doing, a signal to invest your time in something is going to differ from a signal that I am looking for in my work. It might be a third party getting in touch out of the blue, saying they’d heard about what you’re working on; it might be early revenue or sign-ups; or someone you respect saying that they have a huge pain that would be solved; or it might be more mathematical—15% month-on-month user growth on a prototype.

Have a think about what signal you’re looking for in the things that you’re working on.

And when you get your signal, kill everything except the one you’re going to commit to. To focus on a single idea is to remove your focus from all other ideas. You’re killing your darlings: Ideas, projects, people that you care about will fall by the wayside as you focus yourself on one single path.

For anyone who has many opportunities that can be a hard thing to do. What potential future doors are you closing?

Yet feeding your darlings could be a worse proposition. By taking on too many things, and I’m sure there are many like me who are guilty of this, your ability to focus on each of those things diminishes as they grow in number. For me, before I realised how to do this more effectively, it got to the point where I was giving half an hour a week to each idea. And in so doing, really giving nothing to any of them.

If you’re not putting in enough time, you’re killing the idea. Or even worse, gaining ill-will from the people who really are putting in the effort.

Steven Covey is often quoted with his advice to “keep the main thing the main thing”. It’s a sensible idea once you move past the confusing language – it’s important to keep your focus on a singular effort rather than being distracted with side-projects and too many responsibilities.

Michael Acton-Smith, founder of Moshi Monsters talked about this at the Do Lectures this year, and it was this piece of advice that helped him to find a vehicle for all of the things that he wanted to do, so that they built upon each-other, rather than conflicted or interfered with each-other.

I’m aware with Makeshift that I’m building a similar environment. Everything we build is for startup people, because we are startup people, and evey product supports and shares code with the others. It’s my Main Thing and I’m keeping it that way.

Yet when you’re first starting out, the distraction of multiple opportunities can appear to an outsider that you as a person are not thinking strategically, that you’re unfocused (and therefore uninvestable). It’s the opposite. At an early pre-startup stage, it’s important to scout around, to experiment and to do many small things so that you’re able to find what will become your main thing.

Things came full circle recently, and I met the person who’d given me the just do one thing advice. It was at an event where companies with similar business models to Makeshift (startup studios?) get together to share notes. We laughed, because we’d clearly both come to the conclusion that parallelism might be a very sensible way to build valuable startup businesses.

So, to update the principle:

Read next: Freelancing is the new normal: oDesk and the future of the workforce marketplace