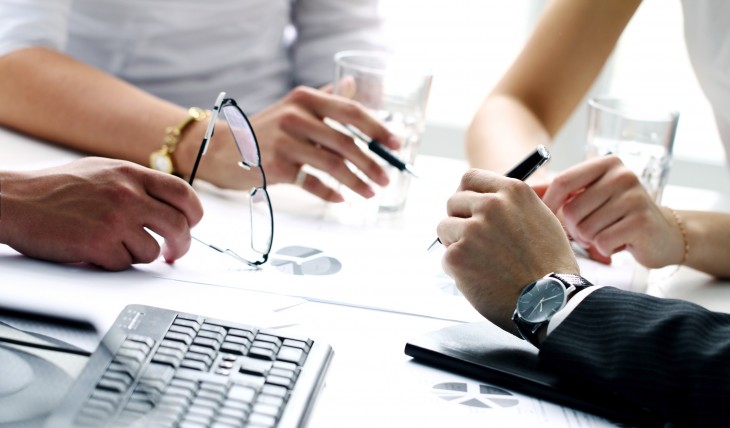 Backblaze CEO Gleb Budman embodies the entrepreneurial spirit. He started his first business at age 15 and ran it until he went off to college at UC Berkeley.

When Gleb was in business school at Berkeley he founded NetRelevance – his professors liked his business plan so much that they used it in the Haas School of Business as a teaching tool. Two more entrepreneurial ventures later, Gleb cofounded online backup provider Backblaze to help consumers affordably, automatically, and safely back up their data.

What are the pros and cons of starting a business alone versus with cofounders? How many founders are too many?

The required number of cofounders for success is:

“Zero” – You don’t need a cofounder. You are the founder, the visionary, the uber-entrepreneur. Why would you want to have someone second-guessing you? Hire everyone you need as an employee.

“One” – You have to have a cofounder. VCs don’t fund sole founders and, if you are alone, you’ve either got too much ego or you can’t convince someone to join you.

“Two” – You have to have three founders. Decisions need to be made fast in startups and you have to ensure you can have a tie-breaker.

I’ve heard all of these and you probably have too. Each of these is periodically spouted as the required answer. You can’t be successful unless you are the single visionary, or unless you have a cofounder, or unless there are three of you.

You know what is definitely the wrong number of cofounders? Five.

Five is definitely the wrong answer. At least, that’s what I’ve heard.

Yet five is also the number of cofounders of Backblaze. We started our online backup company with five in 2008, and all five are still running the company today.

After being part of a team of five that co-founded a fairly successful company and still have the original team together after half a decade, here’s what I learned about having cofounders.

When things have to happen, your co-founders are the ones who will step up.

Since we bootstrapped Backblaze, early on we would have months when the company did not have enough cash from sales to buy the additional servers it needed. The cofounders would take out their credit cards to bridge the temporary gap.

It’s easier to take that vacation when you know someone will be at the office that will care the way you do and share your goals.

A couple years in, I got married and left on my honeymoon for two weeks to Kenya – where I had no email or phone connectivity much of the time. I could enjoy my honeymoon knowing the company was in good hands with the other co-founders, and an even better team.

3. Variety – I believe what I believe.

After launching our Windows online backup service five years ago, our CTO pitched that we should focus on launching our Mac version next. At that time, Mac computers made up a mere 6 percent of the market and I argued we needed to focus on other areas. He convinced me to ship the Mac version and it has since become over 60 percent of our customer base.

As CEO of a company, a strong – yet sometimes stubborn – vision is a requirement. But having cofounders who can give perspective can help you see a different side of the market.

4. Skills – I do product, business, marketing.

Three of my cofounders are engineering masterminds (with various skillsets.) The last is a designer. Each of these skill sets was key in building the company.

It’s obvious that a company building an online backup service and its own cloud storage platform requires strong engineering talent. It may be obvious that “build it and they will come” doesn’t work, thus requiring marketing. But having a design cofounder was critical in getting the large volume of work on the website, product, marketing material, done; iterating quickly; and keeping a consistent aesthetic to the brand.

5. Commitment – startups are a wild ride of ups and downs.

Cofounders stick through the tough times and help each other cushion the ride.

To start Backblaze, all five of us committed to a year without salary. That was effectively the seed round. When it became a year-and-a-half, the five co-founders all took the hit to keep the company going. Now imagine doing that alone and still have a company to call your own!

1. Decisions – as a founder you want to make a decision and go.

Whether it was the “support Mac” decision, or determining if we should raise funding, accept an acquisition offer, or a myriad other questions, strong personalities with different opinions means unilateral decisions don’t happen. Or if they do, sometimes they happen too late thanks to all the back and forth.

2. Dilution – bringing on a co-founder likely means you’re splitting your share in half.

We split our stock one-fifth each. Backblaze has to be worth five times more than if any of us had founded the company itself for our equity to be worth the same.

So, what’s the magic cofounder number?

Ultimately, I think cofounders are invaluable. If you can’t get your co-founders on board with a decision, perhaps you don’t have enough data, logic, or conviction. And the likelihood of your company succeeding increases an order of magnitude by having a team of people who are as committed to its success as you are.

However, it will not be whether you have one, two, or three cofounders that will drive your company’s fate. It’s who those cofounders are and how you work together.

So on your way to becoming the next Microsoft, Google, or Apple, make sure you find your Paul Allen, Sergey Brin, or Steve Wozniak.

Read next: Twitter is optimizing its Android app for tablets, starting with Samsung devices and available to all by year end