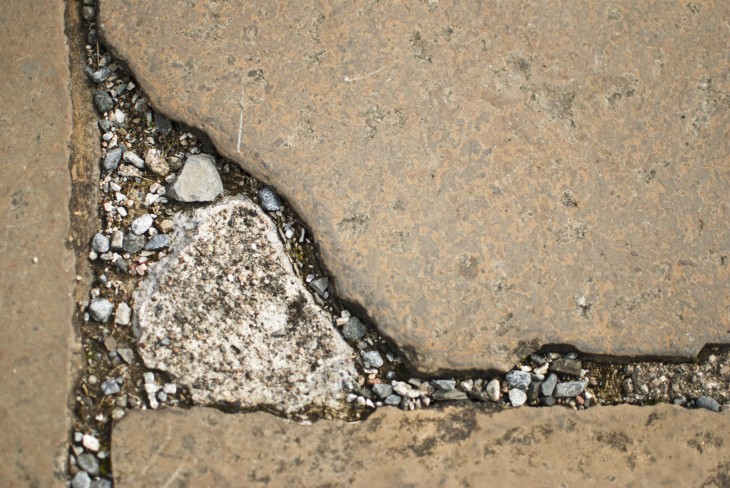 When cloud services company Cornerstone OnDemand got its start in Los Angeles in 1999, the odds were against it. Three months after getting up and running, the tech bubble burst and all the money dried up.

Improbably, founder and CEO Adam Miller and his partners soldiered on to eventually build a $2 billion+ cloud company. The firm, which offers cloud-based employee management and training software, boasts 11 million users in 189 countries.

Though most viewed starting the company in LA as a disadvantage, Miller believes the location actually helped Cornerstone survive during the seven years before it raised VC money.

“It’s easier to be a bigger fish in a smaller pond. Even when you’re a small fish, it’s just easier to find your way around,” he said in an interview with The Next Web on the sidelines of Silicon Beach Fest.

More specifically, Miller suggested that it was much easier to find vendors like a good auditor and bank to work with than it would have been in Silicon Valley with its greater saturation of startups.

Cornerstone also benefitted from having less competition when hiring talent. The company has a 98 percent voluntary retention rate (which doesn’t count terminated employees), and Miller attributes part of that success to not having to deal with the poaching that goes on in the Valley.

Miller did, however, note that Cornerstone had to adapt to hiring based on potential, rather than experience, because it was hard to find candidates with B2B software experience in LA.

Operating in Southern California does make it hard to keep up with the flow of information and connections that takes place in the Valley across dinners, parties and happy hours, but Miller said he viewed that as an advantage because it helped him step back and think long-term about the business instead of being swept up in the moment.

The difficulty that Cornerstone had in raising money in the early 2000s turned out to be a boon for the startup, as Miller believes that the limited access to capital served to foster a culture of efficiency within the company. Even once it had access to capital, Cornerstone kept its bootstrap mindset. As a result, the company has been one of the fastest growing public companies, while maintaining positive cash flow throughout.

Without VC funding, Cornerstone also became much more reliant on its clients. The company has managed 95 percent retention of clients. In its early stages, losing a customer would have doomed the startup, so it placed a strong emphasis on service.

“We were essentially funded by our clients…in an indirect way.” Miller noted.

Moving forward, Miller believes Cornerstone can grow to become an “extremely global company.” Its product is already being used in 41 languages, but there’s still plenty of room for growth outside of the US. The company could also add additional services that put to use the enormous amounts of data it has collected.

Miller had several points of advice for new startups looking to go enterprise in LA. He recommended that founders hire for potential, be willing to get on planes to go visit clients and partners, and remember that cloud computing is a capital intensive business at first that pays off in the long run. 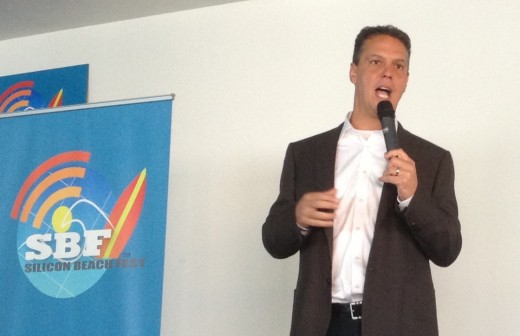 During a keynote at Silicon Beach Fest, Miller shared with the audience three (actually four) ‘P’s to building a successful business that lasts: people, passion, persistence and place. He stressed the importance of creating a startup’s culture by design, rather than by accident. Interestingly, Miller interviewed every Cornerstone employee up until the company had 250 employees. The firm’s head count is now around 1,000, so Miller has scaled back to interviewing managers who have the power to hire other employees.

In Miller’s view, passion sets a startup apart because it gives entrepreneurs the drive to keep going even when they encounter obstacles. In his mind, founders are optimists because they believe they can make things work, even when others doubt.

Miller detailed a series of crises that took place at Cornerstone roughly every $3 million in revenue. As the company grew into different stages, issues arose and it was persistence that helped it overcome each challenge:

As for the final ‘P’, Miller recommended that founders simply live in a place they love. He had actually started to build Cornerstone out of a studio apartment in New York City, but decided on a rainy day to move the company LA.

Weather’s certainly a big draw to LA, but it’s not the only. The city’s definitely on the rise as a startup hub, and Cornerstone’s size and duration make its name an accurate description of its role in the scene.

Read next: Eyes-on with the Samsung Galaxy NX Android camera, it has 4G LTE too, so you can also check your email