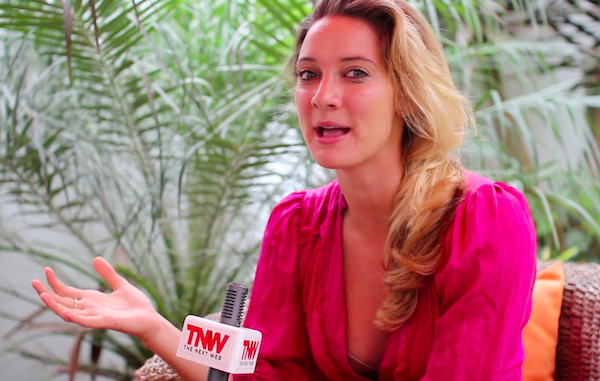 The Next Web’s Startup World – the global competition to promote entrepreneurship and startup culture globally- traveled to Mexico City, Peru, Chile, Buenos Aires, Brazil, South Africa, Kenya, Rwanda and Tanzania August and September this year – we met over 1500 entrepreneurs, investors and hackers from tech ecosystems around the world. The main observation of differences between Silicon Valley and emerging tech hubs in the rest of the world is access to early stage seed funding and international press. We wanted to share some other trends we observed;

Countries have startups that play to their strengths

Silicon Valley is made up of solely one industry: technology, whereas countries in emerging markets have existing industries, around which entrepreneurs are innovating. For example Peruvians are fiercely proud of their cuisine and we saw startups innovating in the food and drink space like Startup World’s finalists in Peru, Gustito – an app that enhances the relationship between restaurants and their clients to a new level of experience through different functions in three moments: Outside and inside the restaurant and the meal itself. Brazilians like to fiesta and have a huge bar and restaurant industry, startups like our Rio finalist We Go Out are helping people to find the best parties and events to go to tonight by showing you where your friends are checking in.

Many startups are Silicon Valley clones

Many international entrepreneurs are looking at what is working in the USA and cloning them in various countries, our venue partner in Rio De Janeiro,  Peixe Urbano (which means “Urban Fish” in Portuguese) is based upon the Groupon model. Startup World’s winner in Cape Town Pashash is a cross between Pinterest and Facebook- When you see an item you want to buy, you take a picture of it, tag the store and price and share it. Everything you share is then added to your profile, which serves as a virtual reflection of the things you love. Our winner in Rwanda Zilencio Creativo is  a Kickstarter clone; When asked why the founders built a clone they told us they were unable to put a project on Kickstarter as the legalities state it’s for USA users only. In Rio we stayed with the founders of Resolveai, an Uber clone.

There are many clones, but startups are also solving local problems, our winner in Tanzaniaia, Safari Yetu is changing how locals travel; currently buying a bus ticket for travel in Tanzania is a long and difficult process; you have to go a bus station a day earlier than the expected travel date, spending two to five hours in traffic just to get your ticket and then do the same the day you are traveling. With Safari Yetu, you pay online or via mobile, receive an SMS reservation or ticket and go to the bus station once; the day you are traveling.

Startups are up to Silicon Valley standards

Although some startups were not well thought through most were up to Silicon Valley standards in terms of quality of  ideas, scalability, product and execution.
Our Winner in Rio Crossfy bridges the gap between old and new media by creating a cross platform interactivity – we saw the app in action and it could have easily come out of a Silicon Valley accelerator like YCobinator or 500 Startups.

Although entrepreneurs need to practice their pitches (and English)

Americans’ are really great at being able to stand up in front of people and sell an idea. Anyone can have an idea but if you can’t get it out into the world or communicate it clearly it might as well not exist. In our experience international entrepreneurs need to work on being more confident in their pitches and succinctly communicating their idea, business model, market size and what problem they are going to solve. Speaking a good level of English is also paramount as Silicon Valley investors are now looking to emerging markets to make investments. Dave McClure takes Silicon Valley angel investors to explore emerging markets through Geeks On a Plane and recently started to invest in Mexican startups through partnering with Mexican VC. Paul Bragiel, founder of I/O Ventures launched the Savannah Fund to invest in East african startups. Entrepreneurs who cannot pitch to Valley investors will not be able to reap the benefits of possible investment.

Startups are aiming for a global, not local market

Africa ahead in mobile

We’re not talking about smartphone mobile, we’re talking about feature phone mobile- in particular the payments service M-Pesa which allows users to pay for nearly everything through SMS via their phone. Many Africans don’t have bank accounts and use M-Pesa as a way to store money as well as paying for goods and services- it works like Google Wallet but via SMS instead of NFC.  Many hackers are using M-Pesa’a API to build products and services on top of the platform or as a opportunity to innovate around SMS. kenya’s winner Sematime makes it easy for people to send bills and invoices to large groups of contacts via SMS. To give you an idea of size, about one third of Kenya’s GDP passes through M-Pesa and telecom Safaricom earns more money from M-PESA than it does from text messaging, in part because SMS tends to be bundled, free of charge, in the payments system.

What’s interesting about the Startup Chile program – the government organization giving startups $40,000 to build their startup in Chile – is that they are not only investing in local entrepreneurs or Chilean natives they are encouraging entrepreneurs from all over the world including Silicon Valley to go and build their startup in Chile. Many entrepreneurs cannot get to Silicon Valley because of Visa or immigration issues and many startups who don’t get onto prestigious programs like Ycombinator or Techstars are choosing Startup Chile as an alternative. Much like the encouragement of European immigrants to voyage to America in the 1900s to build population and skill base. The poem on the Statue of Liberty was a symbol of hope for a better life for European immigrants arriving in New York: ‘Give me your tired, your poor, Your huddled masses yearning to breathe free; The wretched refuse of your teeming shore, Send these, the homeless, Tempest-tossed to me, I lift my lamp beside the golden door!’ And Startup Chile also brings hope to entrepreneurs who can’t get to Silicon Valley.

In Africa in particular governments are very involved in promoting technology and see it as a future industry that will kick start the economy. In both Rwanda and Tanzania ministers for technology spoke about how they see technology as the future for their the economic wealth of their country. Last year the Rwandan government completed a $95 million fiber optic cable network reaching every district in the country to encourage new economic growth through ICT.

We were surprised at how many female entrepreneurs pitched in the competition, particularly in Mexico City, Buenos Aires, Kenya, Rwanda, Tanzania. Most hubs still have a predominately male ecosystem, but women are not getting left behind; Sao Paulo’s winner QMagico is co-founded by Claudia Massei who also headed up the pitch in front of a crowd of over 100 people.

For most geeks around the world they still see Silicon Valley as the ultimate Mecca for technology and want to visit to learn the special sauce that makes Silicon Valley the unique producer of so many household name startups giants; Google Facebook, Twitter and Intel. But for many entrepreneurs who will never be able to get to Silicon Valley they are learning Silicon Valley is not just about a physical place, as the cost of innovation decreases they are realizing they too can have a shot at building the next Facebook or Google.

We would like to thank Tropo, Eventbrite and Hipmunk for sponsoring Startup World. The journey continues, to sponsor please mail [email protected]