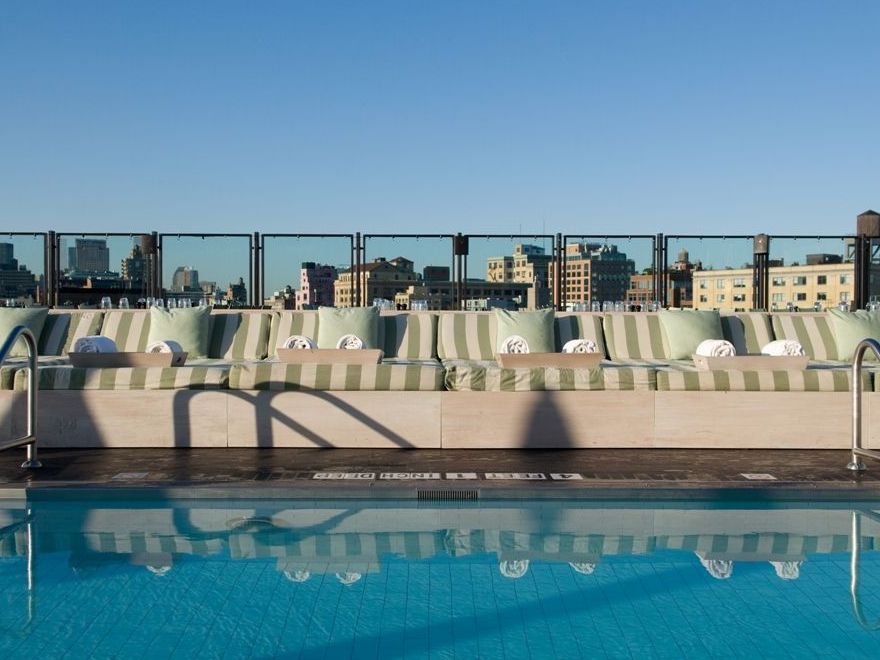 Innovation is what shapes the evolution of human society. In order to create, one needs creativity, which requires room to breathe, mediate and collaborate. Too often, our societal structures hinder this necessary growth, particularly in professional settings. It’s why startups are so in vogue, because nimble Internet companies can accomplish growth like never before with engineering, design power and the expansive reach of social media.

Big companies still want to innovate, many just don’t know how. They ask, “How do you provide your talent with the ability and flexibility to become creative and entrepreneurial without having them leave?” It’s this idea that pulses through the heart of Prehype, a new company that’s spun a unique twist on the incubation model, it’s a “product innovation boutique,” if you will. In September 2010 in New York City, Prehype was founded by Henrik Werdelin, a 35-year old Danish entrepreneur and his childhood friend Philip Petersen and U.K. based Stacey Seltzer, who all work with different entrepreneurs in residence.

When Werdelin was a child, his mother spent nearly all of her disposable income on a computer, and was quite demanding that Werdelin learn to use it. And learn it he did. Werdelin went on to become a 21-year old in charge of MTV’s digital product development outside of the U.S. He later received his Masters in Journalism from the University of Westminster in the U.K. and went onto become a Producer for the BBC. Prior to Prehype in New York City, he worked for Joost (CCO) and then Index Ventures (EIR).

While at Index Ventures, he saw a serious gap between corporations and startups. He believed they both have elements the other pot would really like. Startups want distribution, demand, expertise and cash. Corporates want drive, entrepreneurship, creativity and the ability to launch products quickly and cheaply. “But many corporate people are creative and entrepreneurial, so why don’t we create a company to bridge that gap,” said Werdelin. “The gap exists primarily because corporates structures and politics prevent their staff to operate like startups.” Prehype’s concept is already flourishing at Google, known as the “20% Project.” It’s a well-known part of the company’s philosophy that enables engineers to spend one day a week working on projects that aren’t necessarily in their job descriptions. They can use the time to develop something new, or if they see something that’s broken, they can use the time to fix it. The practice has delivered 50% of Google’s offerings, including Gmail, Google News, Google Sky, Adsense, Google Talk and the recent Google Art Project.

Prehype aims to come into a company and identify its “intrapreneurs.” Then, they will host the employee or employees a la Google’s 20% time, building a new company outside of the original company. Another way it works is if an employee has an idea and seeks out Prehype. Prehype will then help them convince their company it’s a good idea. If successful, they will spend the first four weeks planning and fleshing out the idea. In either case, the goal is to build something magnificent and sell it back to the bigger company.

“When we set out, we have this concept of an intrapreneur. It’s pretty easy to spot them. It’s the person who’s been there for a couple of years. The person in the meeting who raises their voice and has ideas that people listen to. They feel comfortable about asking the slightly silly questions and making sure everyone is on board,” says Prehype’s Philip Petersen.

Prehype spends a total of 12-14 weeks building the company, leveraging an external network of developers and designers. The idea can be big or small. Prehype only cares about it being successful. After the project has been greenlighted, they start building and Prehype ensures that the project is managed well for the engineers. Like any startup, pivoting is expected, but Prehype tries to keep it to a 3 month-long schedule, which forces the entrepreneur to limit his or her idea.

“It’s a lot about the process rather than the actual product. A lot of people think we’re an agency when we get into the corporation. So, we use the American Idol metaphor, in that it’s partly the process that helps create the winner. It’s a notion of going through a process where we have an idea of what the product will be but also leaves room for growth, as with any startup out there, we expect a healthy amount of pivoting based on feedback from real users before the end product is born,” says Petersen.

While it’s completely project dependent, if the company buys or spins out the new company, Prehype generally gives 20% of the money back to the entrepreneur(s) and the rest is split amongst Prehype’s partners and the developer and designer pool accordingly. Prehype doesn’t charge for the production, other than a flat management fee that is normally around $25,000 per month.

The important aspect to remember is that Prehype is composed of an incredibly smart team of entrepreneurs with a muscular ad hoc network of accessible talent. Meanwhile, the intrapreneur is allowed to exercise their own creative muscles, while still maintaining full salary and health benefits. The Prehype model is adjusted for each new project; it’s an experiment in what works, what’s profitable and what makes sense for the overall ecosystem.

“I think we can launch a complete company for under $150,000. Even if the idea fails, the company has spent a small amount of money teaching their internal people how to create a startup. I think people forget how many cool ideas came from failed products. Take Google Wave, for example. It might have failed but it’s what contributed to real time editing in Google Docs. We don’t want to work with a company that doesn’t share our alignment and our interests. As Prehype, we only make real money if we make a successful project. We care about our management fee but we could make more money if we were aiming to be a consultancy,” explains Werdelin.

Karl Heiselman, the CEO of Wolff Olins, an international brand business, strives to drive change through his clients’ organizations at the product or experience level. “We think branding has to be expressed in product and we think we know a lot about product but we don’t have any products to show for it,” says Heiselman. Embracing the notion of “put your money where your mouth is,” Heiselman teamed up with Prehype last year to create their very own digital business. Heiselman describes the experience: “It didn’t require an enormous investment and it was a way for us to put a new business into the world. Henrik is fabulous and knows that venture world very well. We agreed to have Henrik and Philip come in and run a series of workshops. The first workshop was about what kind of ideas get funded and what makes a good business idea. Our employees then pitched new business ideas, and we said we would fund the winning pitch. We set up a panel of folks to decide which idea we’d fund. Henrik said he was looking for the right team with a good idea as opposed to the idea that’s going to make you rich because it never works out that way. The best ideas, the ideas that get funded and become a success are not the get rich quick schemes. They come from your own world and the desire to solve a small problem that you experience everyday, and that’s where Whtespace was born.”

There are a lot of smart people at Wolff Olins, who are really tapped into networks. They constantly email around game changing brands, campaigns and ideas to their coworkers, but the emails are just saved for weekend reading and end up getting lost. 3 people, two designers and a passionate, business savvy woman, were chosen to make Whtespace, a bookmarklet to hold all of these emailed ideas. Think of it like a collaborative Instapaper or group Scoop.it. Whtespace will be a sold product for $29 p/m. See a preview below:

Heiselman’s intention isn’t to ‘get rich’. But the good thing for Wolff Olins is that Henrik’s intention is to get rich. He’s working for a reduced fee, which is what he’s putting into it in terms of investment. Wolff Olins is contributing cash from its marketing and training budget as well as its people’s time as an investment. A few times throughout the month, the Whtespace team give their coworkers updates so the entire company is learning through their experience.

“We want to do something that allows us to learn how to launch a digital business and experiment with our business model. If the idea takes off, it gives us real credibility with clients. We plan to do more than one a year. We want to create a ventures group that focuses on doing this and we’ll rotate our best people through that. It’s also a great way to attract and retain talent,” says Heiselman.

“Everytime I get together with Henrik I learn something new. Nothing has been born in this world by being too rational and process driven. Extraordinary things happen by people getting together and having the freedom and the space to co-create. He knows what he’s doing.”

In addition to Wolff Olins, Prehype has used this model to create Allify, a platform for independent app devs with NYC’s “idea lab” BetaWorks. The idea for Allify came together because the developers saw all these people creating amazing apps, and thought why don’t we cross promote each other’s apps and share equity? Prehype has also used their model with Kaplan, a giant education company and the venture capital firm Sunstone Partners, as well as consulting with local NYC startups Go Try It On and Chartbeat.

A formula like Prehype’s could never have existed before as we’ve never been able to build businesses and products so quickly on the Internet.  “If you think it’s interesting, please grab our model. In a true startup sense we want people to use it. It’s more about proving the model works and getting more great companies born than anything else,” says Petersen.