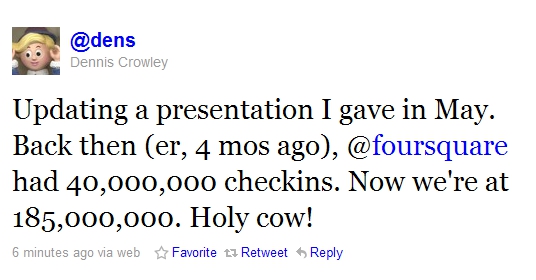 “Do you think computers are meant to crash every three to four years?” I asked Jonathan Hefter, the CEO of Neverware, a start-up based in New York City.

He digs under his desk, laughing and pulls out a pair of lady’s pantyhose. “There are two things in this world planned for obsolescence. Computers and pantyhose. They are designed for the dump.” While an undergrad at Wharton at the University of Pennsylvania, Hefter studied economics. Not wanting to go into finance after graduating in 2009, he spent a year tinkering in his parent’s lonely basement in Englewood, NJ. While he’d never taken a computer class before, the concepts of networks came naturally to Hefter. While hashing out his dream to create sustainable computing, he successfully developed the world’s first “juicebox.”

In early 2010, he set up two technology pilots in area schools, which proved to himself and others that the concept could work. In the spring, at the Kairos Society’s Annual Summit he was approached by Polaris Partner Peter Flint, who invited him to become a resident of Dogpatch Labs.

In May 2010, Hefter, now age 25, founded Neverware, a company that is akin to the fountain of youth for computers and moved into NYC’s Dogpatch Labs. The company’s flagship product, the JuiceBox a100 is a single server appliance that, when added to a network, will power up to one hundred old desktops with Windows 7. Under Hefter’s desk is a 10-year old Pentium 3 computer, your typical “general piece of crap computer,” with a missing hard drive (pictured above right). Using his college laptop as a monitor, Hefter demos Neverware’s power.

“For a school in Africa, give them a LAN, one juicebox, and the computers that corporations throw out, and they suddenly now have the latest technology. Think about the implications in terms of education!” Hefter says wide-eyed.

CBM: Has this been done before?

JH: Yes, actually, but not since the 1960s. In that era we relied on mainframe computing and one really powerful computer would support dozens of terminals. But as time went on computer power became faster and cheaper, quicker than the networking technology, so we went to the local PC model.

But in comparison to piping out the experience from a central computer, the PC model is wasteful energy wise and pollution wise. When computers are thrown into landfills or burned in incinerators they release several toxic elements, including lead, mercury, and barium.

Every new juice box set up acts like a brand new network. It saves a lot of pollution, now that networking technology has caught up. Unfortunately, the PC industry hasn’t caught up with modern technologies.

“Being able to build and to successfully create the juicebox concept came in part from my naiveté because I hadn’t been involved in the industry so I had no clue that certain things just weren’t done. This allowed me to develop as if those barriers did not exist,” Hefter explains.

CBM: Do you think computers companies will see your company as a threat?

JH: Thankfully they don’t see us at all right now. If they did, then, yeah they’d be getting a little uncomfortable.

CBM: Why use Windows?

JH: Neverware is a path to the future but it also recognizes the present. When you have an OS written inside of a browser you’re limited by programs that run in java script. The world is going to switch over to new concepts of what makes an OS an OS. Right now we’re still a world that runs on Windows. Any company that wants to be adopted and change things has to accept the reality of where we are right now.

CBM: What are the advantages of running a start-up in NYC?

JH: Well, we get to convert snow into computing power! Honestly, this really isn’t an NYC type start up. We’re horribly antisocial. Well, our product is. We’re not media. The fact that we make a real enterprise grade technology makes us standout and I think that’s been very advantageous for us in setting ourselves apart in the constant chatter.

In total Hefter has internally manufactured 4 juiceboxes, 3 real ones and 1 mobile demo. Because of the flexibility of the jukebox, they have a great amount of freedom in designing its capabilities. There are unique aspects of it that have strong relevance to government and security that they’re not fully exploiting right now. Hefter has decided to first focus on education, to give the developing world an edge, because he believes this is the place where he can be the most disruptive.

Neverware is still working out pricing but will likely employ more of crowd pricing software-as-service model. Suffice it to say it will costs a fraction of a traditional desktop. The current JuiceBox a100 server can power 100 computers. He plans to build a 150 version soon. At the moment, Neverware is bootstrapped but is in talks with VCs for future funding.

In early January, Hefter made his first trip to Silicon Valley. “I ended up extending my trip because so many people had heard of Neverware and wanted to meet,” he said smiling. Towards the end of the month, Hefter will speak about Neverware at the Aspen Institute’s Education Innovation Fair and Forum in Washington, DC. And after a 6 month stint at Dogpatch Labs, Hefter is moving his three person team across Union Square to New York’s hip new co-working space, General Assembly.

Hefter is also gearing up for their upcoming beta of the JuiceBox a100, which will be the largest deployment yet of Neverware technology.

From the image above, he looks a little bit like another famous entrepreneur we all know…

Read next: Could Facebook reach one billion users in 2011?