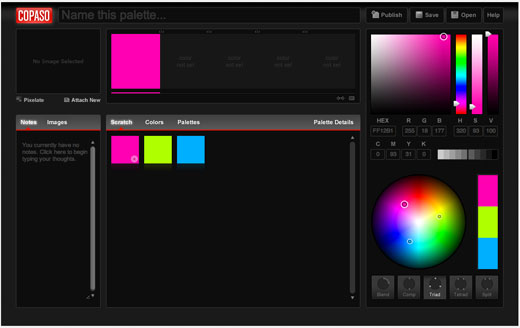 Oh how timing sometimes works out to be funny. I was driving home tonight and started thinking about the value of products, the valuation of companies and how the values that a company portrays can change the rest. No sooner had I sat down to write this piece than the news of Goldman Sachs investing $500 million into Facebook broke and refreshed the entire thing in my mind. So let’s look at these three things, and try to see if one manages to sway the rest.

Do you, like me, find yourself more inclined to use or purchase something that comes from a company that you can believe in? The ethos of a company can — for me at least — completely break me away from the product. That very fact, because I feel that I’m likely not alone in my actions (or lack thereof) can have a serious impact on the bottom line of a company.

Look at Facebook, for instance. When the Social Graph was announced and the new privacy changes went into effect, many people threw up their hands in disgust. But many others continued with life as usual, even if a bit annoyed. Why? Because Facebook has this outward appearance of a company that’s simply trying to do cool things, and it needs information in order to do them. The company’s values seem, for the most part, to be in line with the things that we Internet users want. As such, there was a lot more wagging and a lot less barking from the angry dogs crowd.

You’re starting a company? There’s likely something to be said for developing an ethos ahead of time, making it known and then sticking to it. Would Google be where it is today if not for the “don’t be evil” tag line? Even if you don’t fully believe that the company runs that way, you still remember it. Point made.

When value exceeds cost, even by a single cent, the purchase will be made – Grant Cardone

That quote is one that has stuck with me for some time now. A few years ago I was making my living selling cars and it is sometimes exceedingly difficult to overcome the objection of price. In the technology world, we’re constantly being offered products for “free”. The only cost? A bit of information, a slice of our privacy or somethings similar. But then, after using those “free” products, we start to build our own value for them.

Don’t believe me? Just look at some of the things that you likely use every day. Gmail? You’d pay for that. Twitter? You don’t want to admit it, but it’s likely become a valuable asset to your daily Internet life. The same can be said for so many things and yet we get them for “free”. But there’s a down side to this issue as well — it becomes very difficult for a maker to charge for a product when there are free alternatives. Don’t believe that? When was the last time that a box office movie didn’t get a torrent version?

And yet, even as companies try to build value in their products, still others think that the economy allows for them to set their own values and tell us what something is worth. TV networks are probably the most well-known perpetrators of this heresy. Apple TV launched, ABC and Fox decided to jump on board and see what would happen. Some of the rest? They decided that $.99 was devaluing the product and yet as the provider of the product, there is no one entity that is more unqualified to name the value.

Consider it a lesson in business, I suppose. The potential buyer will determine the value of your product. Always.

Now here’s a sticky one. Valuation is one of those strange things because it means so many different things to different people. To the potential investors, it’s a measure of how much money can be made. To the business owner it’s a gauge of how well the business has done. To the end user? It’s…honestly not much.

As a case in point, around TNW we love Twitter. We want to see it succeed and we are sure that it will. The valuation continues to climb prior to any IPO and yet, as users of the service, it really doesn’t matter much to us. Sure, it would matter if the site closed its doors, but beyond that there simply isn’t anything about the valuation number that matters.

And so, as an entrepreneur you have to ask yourself where the balance lies. Do your company values allow you to build value in your product? If so, then the chances are that your valuation will end up right where it needs to be. There’s a fair amount of truth in the thought that, if you handle the small stuff, the big stuff will fall into place.

So with that, I offer you a thought going into the new year — start with your values. The rest will fall into place.