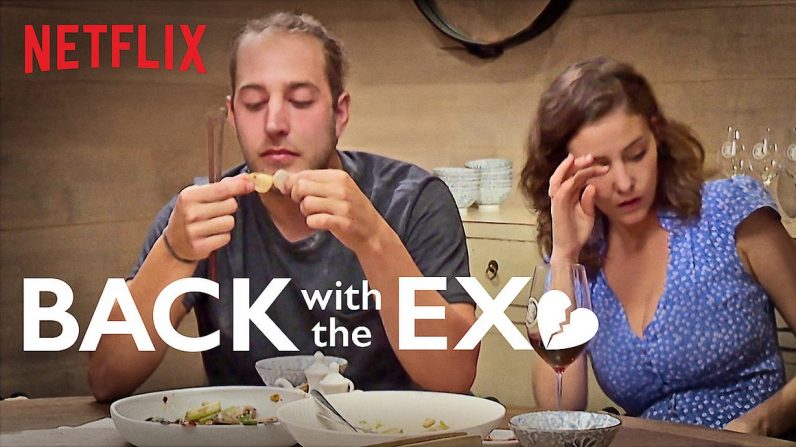 With legions of data at its disposal, Netflix churns out original shows faster than anyone with a job — or a life — can consume. And while they’ve got a serious shot at the Oscars this year with Roma, Netflix has served us some real stinkers — and I’m here to save you from them.

While we suspect many of their scripts were written by a robot, we can safely say we’ve found the worst show yet — it’s an Australian dating reality show called Back with the Ex. There’s no way it was written by a robot — it’s too terrible for a robot to have written. Whoever made this boondoggle hates television and wants to see the medium die a slow and painful death, OR wants to make the world hate Australians, and I’m not sure which is worse.

But is it really the WORST show? Are you sure? Yes, my child, I’m sure. Sit on my knee and let me tell you about the junkiest piece of trash of a show that ever was.

In short, Back with the Ex is an Australian reality TV show where broken up couples try to give it another shot on camera. There are four couples, all of different ages and backgrounds, but similar insanity levels. The aim of the show is to see if the couples can successfully get back together. They win nothing if they do, except supposed happiness.

Let me introduce you to the contestants, who all broke up for very valid reasons and should probably never speak to each other again but they did so here we are:

Jeremy and Meg dated on and off for seven years because Jeremy broke up with her to “travel the world.” They’re both very childish and fight constantly but also allegedly are very in love. Jeremy needs to invest in shampoo.

These two were high school sweethearts before Kate cheated on Cam. Kate, who has the face of an angel, is one of the scariest television characters I’ve ever met. She reminds me of Chucky’s bride, and should be treated as such.

Lauren is lovely but makes terrible choices, and Erik has the personality of toxic bath scum and is definitely an emotional abuser — they dated for six years, during which Erik had total control over Lauren’s hairstyle, they only had sex a handful of times cos Erik was “too busy,” and then he broke up with her via text. Oh, and he also doesn’t own cutlery and forced Lauren to eat chicken over a sink.

I won’t tell you anything else about the plot so as not to ruin anything because I’m sure you’ll want to watch it after this.

First up, this show genuinely looks as if it were filmed on an iPhone, and it feels unintentionally low quality. It has the look of an indie film from the 90s except bad and anachronistic — where did all that Netflix money go?

Second, the premise and goal of the show are never really explained. Not that anyone needs to “win a prize” at the end, but new challenges and bizarre rules pop up out of nowhere — like when they’re forced to move into each other’s houses and make up psychotic rules for one another — and there’s never an end goal in sight.

Finally, everyone is horrible. Despite its sweet intentions, it really just makes you a bit sad about love, and a bit worried for Australia’s future.

The robots will not win

To be honest, I’ve spent so much time talking about how terrible this show is that I think I’m a little obsessed. It simultaneously consumed my thoughts and made me want to stab a hot, dirty fork in my eye so I’d never need to see any of these people ever again.

I’ve always been very wary of Australia — despite having lovely friends from there, I get the idea that everyone is constantly drunk and every creature you come into contact with can kill you instantly.

Back with the Ex is, in fact, so heinous, that it’s actually kind of beautiful. It’s beautiful because it’s proof that robots can never beat humans at making truly horrendous garbage. An algorithm would never force Lauren to eat chicken over a sink, nor could it have *SPOILER* generated a scene where Diane loses her shit at Peter because he didn’t look for table crumbs “at eye level.”

Data and algorithms are based on the concept of predictability, so humans are still infinitely better at making unpredictable messes. While a robot definitely can do a lot, when it comes to *art*, Back with the Ex proves they haven’t won yet, and probably never will.

P.S. It’s worth noting Netflix didn’t actually produce this show — it’s labeled a “Netflix Original” because it was distributed by Netflix after premiering on Australia’s Seven Network last year. Why they chose to distribute it — which is the digital equivalent of purposefully not using a baggie when picking up your dog’s poo — I’ll never know.

Read next: Here’s how you can properly vet overseas manufacturers for your ecommerce business