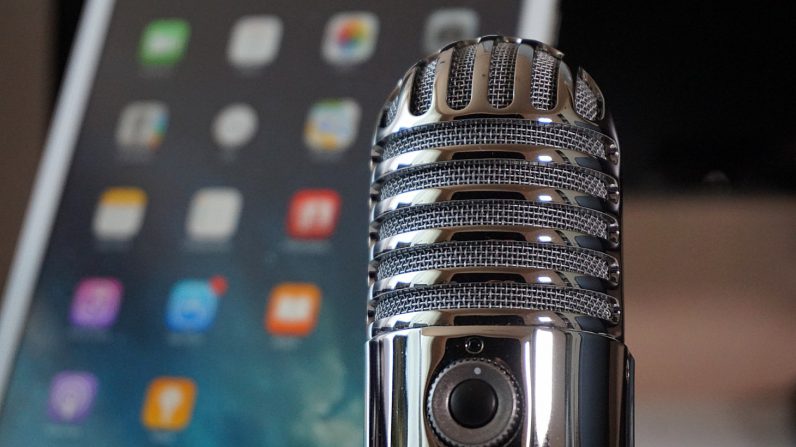 It’s been a hell of a year, and we can’t wait for it to be over.

Lucky for us, we can relive the trauma of 2018 over and over again with these nine podcasts that were, well, fanbloodytastic.

But they aren’t all sad — some are funny, others shocking. Some are about technology, and others about history, art, sexism, and pyramid schemes. They were hand-picked from our writers located all over the world, and while most are from 2018, some are from years earlier, which we had missed.

Here were the nine podcast episodes you definitely should have listened to this year, with commentary by us.

“The Snapchat Thief,” Reply All

“2018 has been one helluva year for podcasts but if I had to pick one it would be Reply All’s recent episode about social media hacking and sim swapping. It’s called ‘The Snapchat Thief’ and it tells the story of a woman whose Snapchat got hacked.”

“The victim had two-factor authentication enabled, something we normally assume as good deterrent to hackers, but it didn’t save her. The episode includes an interview with the hackers, and dives into the shadowy world of teenagers dealing in stolen social media accounts. None of this is shocking to anyone who’s been following cybersecurity in 2018, but unfortunately most of us aren’t. Go listen to it, I’m sure you’ll enjoy it.”

“This American Life’s episode ‘Five Women’ is all you need to fully grasp what #MeToo is. Not because it’s particularly newsworthy — it hardly mentions the movement and its key players — but because it does such a great job explaining the issue of sexual assault from all sides.”

“The episode focuses on the stories of five different women who all, in one way or another, faced harassment from the same man. Though they do discuss specific incidents, Five Women isn’t just repeating ‘this man did X to me’ stories. In fact, the man in question is merely a side note.”

“Instead, these women talk about what their experiences meant in a broader sense: How childhood memories and upbringing affected their perception of the harassment, and how the incident(s) marked their later lives and careers.”

“This is what makes ‘Five Women’ so poignant: Harassment doesn’t happen in a vacuum but at the intersect of culture, history, and personal experience. I don’t think many (female) listeners will finish the episode without, at least once, thinking: Hmm, that happened to me, too — and I never even realized it was wrong.”

“The Human Toll of Instant Delivery,” The Daily

“If you listen to podcasts, you’ve probably already heard of The Daily, and you may have even heard of this particular episode. I’m not being hyperbolic when I say it broke my heart, and truly changed how I make choices as a consumer.

In general, this podcast is produced by The New York Times, and is an absolute staple. This particular episode explores the brutal and inhumane conditions of the workers who get us our DVDs, books, neck massagers, and whatever else we order online. Like so many instant services we’ve now come to rely on — Uber, Amazon, Postmates, etc — we’re constantly amazed at how cheap and fast we can get whatever we want. We think to ourselves ‘how did we even manage to live before we had this service?’But there is a cost at the other end of a free two-day delivery.”

“The episode focuses on the story of Tasha Murrell, a warehouse employee who shares her experience of how intense working conditions caused her to have a miscarriage. And she’s not an anomaly — several of her colleagues suffered miscarriages within just a couple months of each other.”

“Listen to this, and think about where you spend your dollars.”

“Unpopped was recommended to me by a friend, and it’s since become one of my favorite podcasts. The BBC-produced show unpacks cultural ephemera and icons, such as the Now That’s What I Call Music! Series, RuPaul’s Drag Race, Stephen King, and Paris Hilton. My favorite episode explores the circumstances surrounding the odd pop culture moment when Kathy Acker, experimental writer and artist, interviewed the Spice Girls at the peak of their fame in 1997.”

“I was too young at the height of their popularity to really appreciate what feminist legends these women were, so I was surprised to know that such a meeting ever took place. You can’t get more opposite than punk and pop, but as this podcast explores, looking at the raw girl power-ness of both Spice Girls’ and Kathy Acker’s work, their meeting actually makes a lot of sense.”

“Insightful and funny and a trip back in time — you don’t have to be a mega fan of either to appreciate this unique moment in pop history.”

“Heavyweight has a simple premise: its host, Jonathan Goldstein, solves someone’s problem. Or at least tries to.”

“In past episodes Goldstein re-connected his dad and his uncle after they hadn’t talked for decades, put a car crash victim in touch with the person who hit him, and helped a woman confront the foster parent who stopped her from playing the sport she loved.”

“As you’d expect, things rarely turn out simply. And the same is true in the ‘Rob’ episode of Heavyweight.”

“In this episode, Goldstein helps Hot Tub Time Machine actor Rob Corddry. He remembers breaking his arm as a child. The problem? Corddry’s family doesn’t recall it happening at all.”

“What makes Heavyweight special is not just the stories it tells, but how Goldstein manages to examine the human condition, while being, well, funny. Generally podcasts that confront deep emotion are intriguing, but ultimately heavy. Goldstein manages to reach the same sort of passionate climax, but does so in a way that’ll make you smile.”

“MLMs are bad. Herbalife, Amway, Vemma. They’re all bad. If you sign up for one, you’re essentially emptying the contents of your bank account, covering them in kerosine, and striking a match.”

“One of my favorite podcasts of the year was The Dream from Stitcher, which took a first-hand look at this shady industry. One episode, ‘Destination Amazing,’ saw a reporter go undercover at a convention held for one particular MLM scheme.”

“The Dream is excellent. But above all, it’s a reminder that whatever you call it — multi-level marketing, network marketing, whatever —  pyramid schemes are awful and anyone involved needs to get in the sea.”

“Emma Gannon, author and blogger, is the host of the hugely successful Ctrl Alt Delete podcast  — a series about growing up online in the digital age.”

“After only coming across this podcast this year, I had a lot of catching up to do and one episode really stuck out to me. Titled ‘#14 Jessica Valenti – Talking Feminism & How to Deal With Online Abuse,’ Valenti and Gannon discuss being a woman online and the pressure to ‘cope’ with online abuse.”

“Jessica Valenti is a Guardian columnist and the author of multiple books on feminism, politics, and culture, and the founder of feministing.com.”

“In 2016, Valenti was the number one most harassed writer at the Guardian, something she described as a ‘strange honor.’ She discusses how she dealt with her daily online abuse which ultimately made her leave Twitter for a few days.”

“After realizing that silencing herself wasn’t helping herself or the topics she covers, she started to reply to trolls with sarcastic remarks — something she described as ‘taking the power away’ from the trolls, despite it not being true to herself or what she believes in.”

“After writing a few female-centric articles on TNW, I’ve been subject to some online abuse and even the odd ‘death threat’ via email — something I don’t think anyone should or can get used to.”

“Ultimately, this podcast episode shone an unforgiving light on the realities of covering feminist topics online in a typically male-dominated industry and audience.”

“LA Times reporter Christopher Goffard, wrote a long article last year about a dangerous con artist called John Meehan. Along with that LA Times released a six-part podcast series which featured interviews with Debra Newell – Meehan’s ex wife and victim of his con – her family members, and some of law enforcement personnel.”

“Goffard narrates the story in a gripping manner which always keeps you on the edge. It’s a thrilling story of a conman who trapped women to wriggle money from them. The podcast features all details about Meehan’s wrongdoings and his final mistake of going after one Newell’s family members, which proved fatal for him.”

“The podcast is like a fascinating Netflix series that will force you to listen to all the episodes in one go. The narration and storyline sound like they are part of a bestseller novel, but unfortunately it’s not.”

I’ve never been one for war stories, but this one is as gripping as they come. In 2000, a clutch of British soldiers were captured in the West African jungles of Sierra Leone by a group of rebel fighters known as the West Side Boys and held hostage. As if that wasn’t bad enough, negotiations for their release went south. Lucky for them, England sent in the Special Air Service – an elite force believed to be more hardcore than US Navy SEALs – after them.”

“This two-parter is a roller coaster ride that’ll have you holding on to every word as the dangerous mission unfolds. Don’t be surprised if you find yourself frantically looking up special forces movies and books immediately after like I did.”

May your 2019 be filled with glorious podcast listening!

Read next: New USB-C protocol could save your devices from faulty chargers