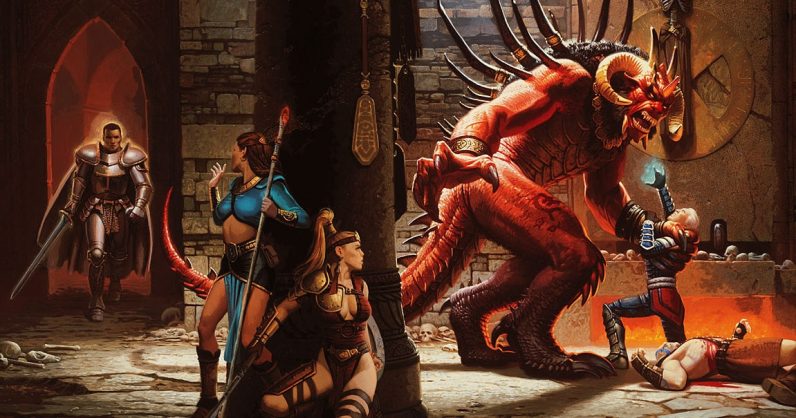 A few months back gaming juggernaut Blizzard updated its job openings page with some tantalizing evidence we’d be hearing about a new or remastered Diablo game soon. But, as it turns out, the rumored “unannounced Diablo project” might instead be an “R-rated” animated Netflix series.

This was semi-confirmed when Andrew Crosby, the writer who penned the upcoming Hellboy reboot, tweeted out that he was in final talks to write and show-run a Diablo series for Netflix. Unfortunately, that tweet was subsequently deleted and mum’s been the word ever-since. But, the internet is always watching. Bloody Disgusting reports Crosby tweeted:

I guess I can confirm I am indeed in final talks to write and show-run the new DIABLO animated series for Activision and Netflix. It’s very exciting and I hope to the High Heavens it all works out.

It’s worth mentioning that, in show-biz, even the most “final” of talks can break down. But, die-hard Blizzard fans probably saw this coming. Crosby has been attached to rumors surrounding the show for awhile, and his “confirmation” came in response to a fan’s questions.

According to Syfy, he also said the show would be Rated R – but if its going to be a series, and not a movie, we’re sure he meant “TV-MA.”

Either way, we can’t wait for all Hell to break loose on Netflix.

We reached out to Netflix for comment but didn’t receive an immediate response.

Read next: Animation reveals what could be Google's new 'Pixel Stand'