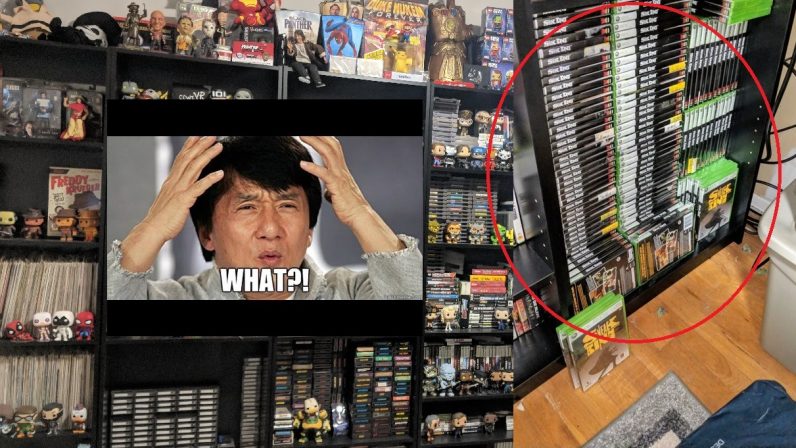 The correct number of copies of Sneak King, the creepiest game of all time, that anyone should have is zero.

But one Redditor, Nomercyvideo (who we’ll unmask later), has more than 200. Upon learning this we were immediately concerned. What kind of masochist would do this to themselves? Is this person under duress? Is this person collecting artifacts of pure-evil for the purpose of enslaving all humanity?

What’s worse, this info wasn’t sent to us by one of our deep-cover informants — Nomercyvideo just nonchalantly posted about it on Reddit.

For those who don’t understand our perfectly understandable panic, I’d like to point you in the direction of exhibit A: The game in question.

Sneak King isn’t an ordinary game developed by people hoping to entertain you. It’s one of three promotional video games about the Burger King. The other two were PocketBike Racers, and Big Bumpin’ — the latter of which admittedly had an awesome title for the time. But we’re only talking about the one that should be labelled ‘N for nobody’ called Sneak King.

Also a thing in 2006: This nightmare-fodder of an advertising campaign by Burger King called “Wake up with The King.”

Soak that horror in for just a few moments.

Blitz Games, the company Microsoft tapped to make Sneak King, was asked to turn the “Wake up with the King” commercials into a video game. Unfortunately for humanity, it kinda succeeded.

You can’t tell now, but back in the day those Sneak King graphics were pretty good. The controls seemed fine — if you had access to medicinal-grade cannabis it was actually a fun game. Hell, IGN gave it a 6.7, writing:

From all appearances, this looked to be the creepiest game ever. Images of the big-headed Burger King mascot hiding in garbage cans ready to leap out at unsuspecting citizens haunted our dreams for days. Then we got the game and found out that it really is as disturbing as we feared it would be. Sneak King is a thin game and has its fair share of problems, but the brief and pointed amount of enjoyment you can get out of it makes it worth picking up.

That’s what I’d consider high praise for a game that’s essentially a stealth-game about finding the right time to surprise the shit out of someone with a hamburger.

And that brings us to the question at hand: Why in the world would anyone want more than 200 copies of Sneak King? Well, Nomercyvideo, it turns out, is no stranger to self-inflicted pain. The person behind the account is Leroy Patterson, AKA The Human Tackboard.

While we can’t confirm that Patterson, who didn’t immediately respond to requests for comment, isn’t amassing the collection for nefarious purposes involving the destruction of all that is good and holy, we’re pretty sure he’s acting under his own free will.

In fact, we’ll go one further: Our hypothesis is that Patterson is the only person (other than the humble journalist writing this) who understands the depth of the Sneak King’s evil. And that’s why he’s on a quest to make sure none of the games fall into the wrong hands. And, they’re indestructible too. That’s why he has to collect them. Don’t test that for yourself — just believe us.

Stay alert people, that King is a sneaky one.

Read next: Student arrested for posting vid of himself shooting AR zombies in school