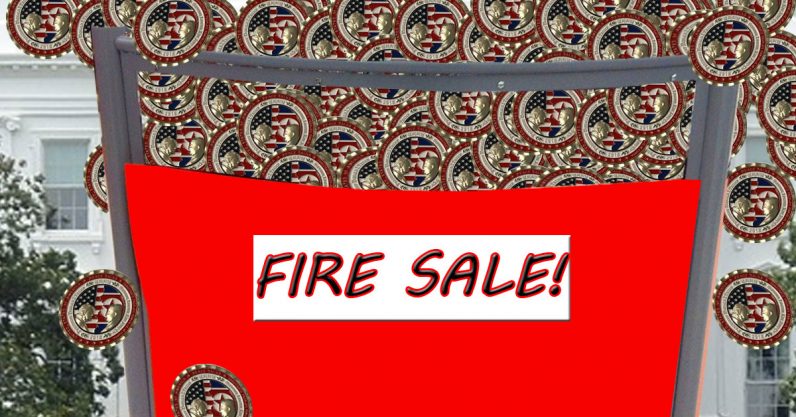 The red hot deal of the day is causing some server issues at the White House gift shop’s website today. Those hoping to get a piece of history, in the form of a coin commemorating the historical North Korean summit, are being met with 504 errors and “server busy” messages. And the summit isn’t happening either.

The deal: A commemorative coin celebrating the historical meeting between North Korean Supreme Leader (the coin’s words, not ours) Kim Jong Un and America’s President (the electorate’s words, not ours) Donald J. Trump, is on sale for $19.95 – down from its already reasonable $24.95 price tag.

That seems weird: It does, but don’t worry. According to the gift shop website, which points out that people who’ve already purchased can ask for a refund if the summit doesn’t happen, “most supporters have said they want this heirloom of political history regardless of outcome.” That sounds about right.

The problem: Aside from National Security Advisor and self-professed cybersecurity expert John Bolton possibly causing the summit to fail simply by existing? The website is down.

Through sheer willpower, however, we were able to refresh over and over until the main page loaded, once. But trying to go directly to the coin’s page gives us a time out error every time.

We’ll keep trying, and you should too. Because if you ask us: this coin is the most accurate possible portrayal of this point in American history.

Read next: Essential is reportedly selling itself