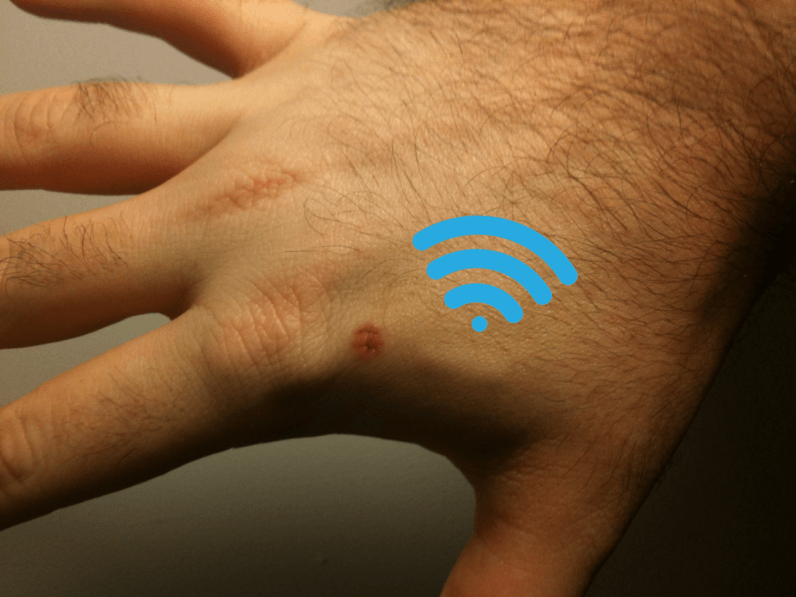 Human microchipping has always been a pursuit reserved for those crazy guinea pig types excited for the dystopian future everyone else is dreading. As it turns out, 2017 seems to be the year humans succumb to having rice sized chips implanted in their hands. And “What for?” you may ask. To get into a tech festival of course…

Pause Fest is a technology and culture festival held in Melbourne, Australia. As part of the launch for next years festival, 10 (deranged) VIP ticket holders volunteered to have Near Field Communication (NFC) chips implanted into their hands.

While commercially available microchips are still in early stages and can only store a limited amount of information, that didn’t stop the human experiment. Similar to the feeling of getting a piercing or having a drip inserted, volunteers willingly had NFC chips implanted between their thumbs and forefingers.

Before insertion, chips were preloaded with three-day-passes to next year’s Pause Fest held in February. They were also programmed to unlock doors to the volunteer’s houses, gyms, workplaces and even function as public transport tickets.

Over the next four months, volunteers will go about their daily business, using the chips for simple tasks as mentioned above. Then, during February’s festival, participants will be part of a panel alongside insertable technology expert, Kayla Heffernan to talk about whether the chips are actually useful.

Heffernan is currently undertaking a Ph.D. into the applications of insertable technology. She now has two chips implanted in her hand; one to access her home and the other for her office. The microchip enthusiast is excited about the possible applications for the future:

If you could use it for everywhere, so work, home, gym and only need one chip, that kind of gives people more incentive to get one. Payments are the killer application. As soon as you can pay with it, more and more people will go ahead and get these.

While it’s true commercially available microchips are relatively harmless and could make life easier by getting rid of keys and wallets, we all know how fast technology evolves. Let’s just say it’s not hard to imagine what could go wrong in the future.

The good news is that we aren’t going to turn any guests into cyborgs to access the next TNW conference. The bad news though, is that a dystopian future is fast approaching and human’s willingness to participate is more than unnerving.