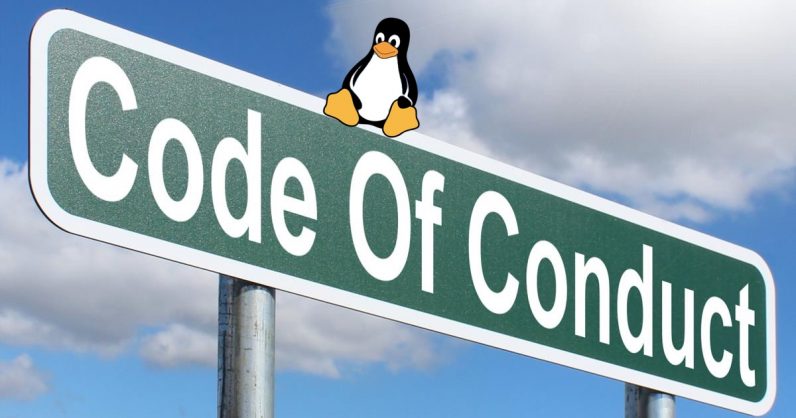 On Sunday, Linus Torvalds – the chief programmer of the Linux kernel – sent out a letter in which he apologized for his hostile behavior towards others in the community that maintains the project.

He added that he will be taking some time off:

I am going to take time off and get some assistance on how to understand people’s emotions and respond appropriately.

Torvalds is referring to what he described as “My flippant attacks in emails” which he believes were “both unprofessional and uncalled for. Especially at times when I made it personal.”

Following the letter, the Linux community announced that for the first time it will adopt a ‘Code of Conduct’ which is outlined as follows:

In the interest of fostering an open and welcoming environment, we as contributors and maintainers pledge to making participation in our project and our community a harassment-free experience for everyone, regardless of age, body size, disability, ethnicity, sex characteristics, gender identity and expression, level of experience, education, socio-economic status, nationality, personal appearance, race, religion, or sexual identity and orientation.

The conduct encourages positive language, being respectful to different views and accepting constructive criticism while discouraging trolling, harassment and unwanted sexual advances.  It replaced the murky and clearly ineffective ‘Code of Conflict’ which was previously in place. But now, the new guidelines have stirred up a storm of discontent within the community, which raises a few points of concern.

A lot of people in the community are angry and afraid that now the development will be ‘SJW driven’. Many comments on platforms like Twitter, GitHub, and Reddit suggest that some contributors are not happy with this development.

I guess the big news in Linux today is that the Linux kernel is now governed by a Code of Conduct and a “post meritocracy” world view.

In principle these CoCs look great. In practice they are abused tools to hunt people SJWs don’t like. And they don’t like a lot of people.

Sjw filth got their hands on Linux's code of conduct and did horrible shit to make it politically correct and open it up to witch hunts, like they always do. Pretty much happened the second Linus stepped down.

As some of the comments above illustrate, many community members are reacting negatively – and overly so, it seems – to the move. It’s also worrying to see that the people who support the new code of conduct –which is intended to make the community more habitable for all – are receiving hateful messages.

Even Coraline Ada Ehmke, who merely wrote the code of conduct which has been adopted by Google, GitHub, Eclipse and now the Linux community, is being personally attacked on Twitter.

Let me tell you, friends, I am seeing the absolute best of the Linux community coming out in full force right now. Their parents must be so proud of them.

It’s funny how all their anger is directed at me, when I had nothing to do with Linux adopting the code of conduct I wrote.

Next, the code of conduct doesn’t necessarily ensure that the community will be more inclusive here on out. The code has a loosely defined enforcement policy with a Technical Advisory Board – which is an all-male affair at the moment – in place to ensure its execution; only time will tell if it proves effective in stamping out harassment and in making people feel more welcome. A survey suggests that the Linux kernel community is heavily male-dominated.

Torvalds had apologized in his letter saying his personal behavior may have driven some people away from the kernel development entirely. However, Sage Sharp – a Linux kernel developer who left the community because of its abusive environment – is not convinced yet.

The real test here is whether the community that built Linus up and protected his right to be verbally abusive will change. Linus not only needs to change himself, but the Linux kernel community needs to change as well. https://t.co/EG5KO43416

While a lot of developers are pointing out that good human behavior is an expected trait in communities like this and the code of conduct is not necessary, recent incidents on social media platforms indicate otherwise.

As communities grow and evolve, they’ll attract people from various backgrounds, which means that not everyone might be on the same page about what constitutes acceptable behavior. As such, it makes sense to have some basic rules about what’s okay and what’s not in such communities.

While newly included guidelines may not be perfect, it’s a good way to kick off the conversation about good conduct.

Ultimately, the goal is to foster a global community of passionate developers who are keen on working together towards building something good for the world. That requires everyone to be on board with the idea of being inclusive and welcoming of people from various backgrounds and perspectives. Here’s hoping the Linux kernel folks can talk this out and reach a consensus like mature adults.

Read next: Coinbase, EOS, and Stellar paid $60K to white-hat hackers this week