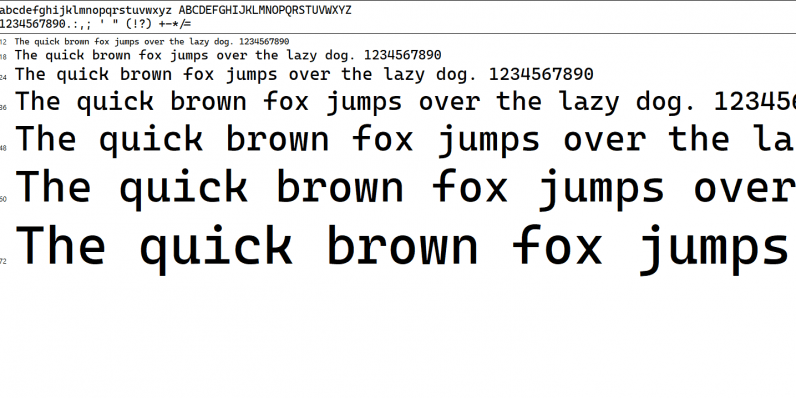 Microsoft has crafted a new font specifically built with developers in mind — and its new command-line experience, Windows Terminal. It’s code (issa dorky pun, don’t get too upset about the spelling) Cascadia Code, and you can already try it out.

“It is the latest monospaced font shipped from Microsoft and provides a fresh experience for command line experiences and code editors,” wrote Microsoft program manager Kayla Cinnamon in a blog post. Cascadia Code was built especially for the new Windows Terminal application, but Cinnamon says it ought to pair just fine with other terminal apps and text editors, like Visual Studio an Visual Studio Code.

The new font inherited its name from the pre-release codename given to Windows Terminal, namely Cascadia. The Windows-maker later decided to add ‘Code‘ to its name to indicate it was intended for devs. It’s also entirely open source.

One cool thing is that Cascadia Code supports ligatures. “Programming ligatures are most useful when writing code, as they create new glyphs by combining characters,” Cinnamon adds. “This helps make code more readable and user-friendly for some people.”

Anyone itching to give Cascadia Code a test drive can grab it from its GitHub repository. For anyone else, the font will automatically make its way to the next iteration of Windows Terminal. And for those looking to implement it in Visual Studio, you’ll find instructions on how to do that here.