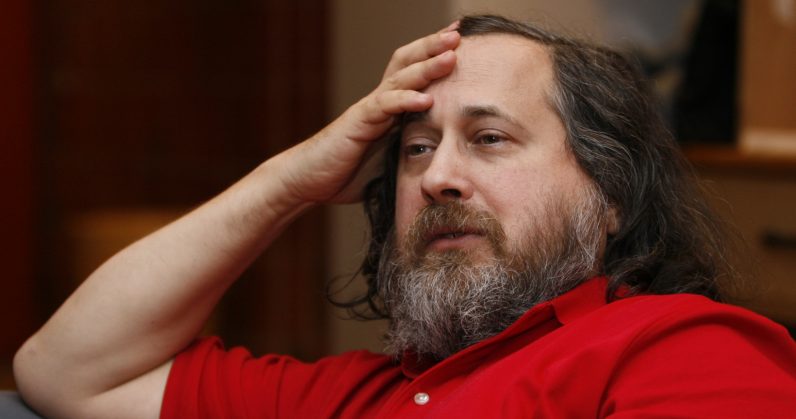 The world of academia is in turmoil over the shock discovery that disgraced financier Jeffrey Epstein funded several several prestigious science and technology research labs, including MIT’s Media Lab, long after his 2008 conviction for sex crimes involving children.

For the late Epstein, his generous donations served to whitewash his tainted reputation. They were part of a well-sculpted PR effort that also included paid-for puff pieces in publications like Forbes and HuffPost, which emphasised his philanthropy, while conveniently ignoring his crimes.

Epstein believed that by throwing wads of cash at universities, people might forget about the hundreds of exploited and brutalised girls (and I mean girls in the most literal sense — they were children). And for the most part, they did. It was only until a Miami Herald investigation that his world began to crumble, ultimately resulting in him committing suicide in a Manhattan prison cell.

But his closeness to the science community wasn’t exclusively cosmetic. He also reportedly “provided” prominent researchers and academics with young children to sexually exploit. One victim alleges she was trafficked by Epstein to the late MIT professor Marvin Minsky, who passed away in 2015 at the age of 88.

MIT students are planning a protest against the institution’s long-standing relationship with Epstein. This isn’t unreasonable. But to Richard Stallman, hero of the free software movement, it dishonours the memory of Marvin Minsky, who was instrumental in the development of artificial intelligence.

I don’t think anyone doubts Richard Stallman’s contribution to the field of computer science. During his long career, he’s passionately advocated for free software, and developed several components which sit at the heart of how people develop software, including the GCC compiler and the EMACS text editor.

His judgement, on the other hand, is open for discussion. Here’s an email he sent to the MIT CSAIL mailing list regarding the aforementioned demonstration, which is expected to take place later today:

The announcement of the Friday event does an injustice to Marvin Minsky: “deceased AI ‘pioneer’ Marvin Minsky (who is accused of assaulting one of Epstein’s victims [2])”

The injustice is in the word “assaulting”. The term “sexual assault” is so vague and slippery that it facilitates accusation inflation: taking claims that someone did X and leading people to think of it as Y, which is much worse than X.

The accusation quoted is a clear example of inflation. The reference reports the claim that Minsky had sex with one of Epstein’s harem. (See https://www.theverge.com/2019/8/9/20798900/marvin-minsky-jeffrey-epstein-sex-trafficking-island-court-records-unsealed.)

Let’s presume that was true (I see no reason to disbelieve it). The word “assaulting” presumes that he applied force or violence, in some unspecified way, but the article itself says no such thing. Only that they had sex.

We can imagine many scenarios, but the most plausible scenario is that she presented herself to him as entirely willing. Assuming she was being coerced by Epstein, he would have had every reason to tell her to conceal that from most of his associates.

I’ve concluded from various examples of accusation inflation that it is absolutely wrong to use the term “sexual assault” in an accusation. Whatever conduct you want to criticize, you should describe it with a specific term that avoids moral vagueness about the nature of the criticism.

Stallman states that he doesn’t disbelieve the accusation levelled against Minsky. However, he takes issue with the application of the term “sexual assault,” theorising that the victim “presented herself to him as entirely willing.”

There’s a problem with that. Firstly, if someone’s being coerced into providing sexual services through threats, intimidation, and violence, they can’t consent, no matter how willing they may “appear.”

Secondly: at the time the victim, Virginia Giuffre, allegedly had sex with Minsky, she was 17. The age of consent in the US Virgin Islands, where the incident took place, is eighteen.

There’s a term for that. Statuatory rape.

Medium is the message

There’s no doubt that Stallman is very technically gifted. But he’s also a deeply divisive figure, who has expressed many controversial views around this very issue. Here’s what he wrote in 2006 after learning about the formation of a pro-pedophilia political party in the Netherlands.

“I am sceptical of the claim that voluntarily pedophilia harms children. The arguments that it causes harm seem to be based on cases which aren’t voluntary, which are then stretched by parents who are horrified by the idea that their little baby is maturing.”

“There is little evidence to justify the widespread assumption that willing participation in pedophilia hurts children. Granted, children may not dare say no to an older relative, or may not realise they could say no; in that case, even if they do not overtly object, the relationship may still feel imposed to them. That’s not willing participation, it’s imposed participation, a different issue.”

Before we go any further, I want to state that Stallman himself hasn’t been convicted of a crime involving the sexual exploitation of minors, and there’s no suggestion of any such impropriety. If he’s guilty of anything, it’s of having some extremely questionable opinions.

And these opinions matter exactly because of the respect Stallman commands. Pedophilia should never be normalised. Ever.

From the perspective of someone who cares about technology, Stallman’s views undermine the progress of free software, and will cement its reputation in some quarters as a fringe sphere populated by weirdos.

As someone who cares about the people who work in technology, Stallman’s views might contribute to talented people leaving the space.

And as someone who cares about children, the normalisation of pedophilia creates massive safeguarding issues.

The endangerment of the talented jerk

So, I think there’s a couple of important conversations taking place here.

The first is a long-overdue discussion about how science is funded, and how research can be hijacked by third-parties hoping to airbrush their public image. As we saw with Epstein, cash-hungry administrators were all too happy to turn a blind eye to proven cases of sexual abuse.

The second is whether the technology world will continue to tolerate so-called “brilliant jerks.” Stallman himself is undeniably a technically gifted visionary. But he’s also someone with a reputation for controversy. Rudeness, even.

There are far too many examples to cite, but here’s one that’s exceptionally noteworthy. In 1993, when someone announced the birth of their newborn child to a mailing list, he replied:

Could people please not use this list to announce information of no particular interest to the people on the list? Hundreds of thousands of babies are born every day. While the whole phenomenon is menacing, one of them by itself is not newsworthy. Nor is it a difficult achievement–even some fish can do it.

People were seemingly content to tolerate Stallman’s abysmal behaviour because he’s clearly very gifted. But times change. And what was once acceptable is now less so. Now, emotional intelligence is just as important as technical aptitude.

As the technology space becomes more collaborative and diverse, there’ll inevitably be less space for people like Stallman. And as much as it pains me to say, perhaps that’s for the best.