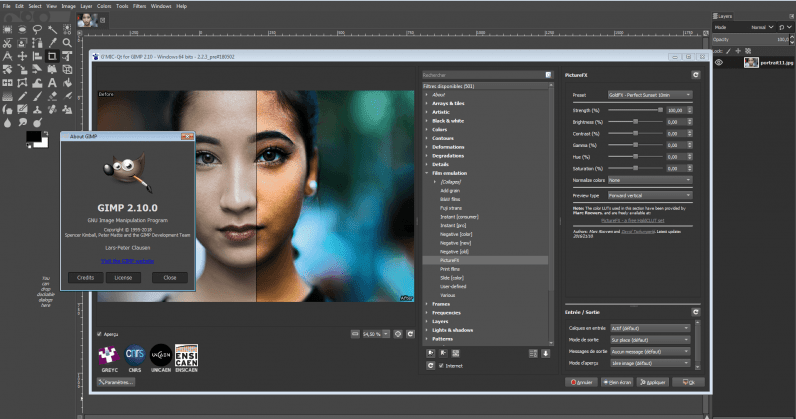 One of the world’s biggest photo editors, GIMP, suffers from an image problem (pun absolutely intended).

It’s an undeniably sophisticated piece of software, and since 1995 has served millions as a free alternative to Adobe’s photoshop. But many also wince at its unfortunate name.

GIMP is an acronym for the “GNU image manipulation program.” But to others, the name is also a troubling ableist slur, or an inappropriate sexual reference that feels fundamentally out of place in 2019.

Remedying this problem is Glimpse. This new fork of the GIMP editor aims to address the troubling nomenclature of its predecessor, as well as make several measurable design and functionality changes. Speaking to The Register, project creator Bobby Moss, who also works at database giant Oracle as a technical writer, said a long-term ambition is to overhaul the entire UI.

By all accounts, the shift to a new name is long overdue. The official GIMP Q&A page includes the question “I don’t like the name GIMP. Will you change it?,” to which the project maintainers replied:

With all due respect, no. We’ve been using the name GIMP for more than 20 years and it’s widely known … on top of that, we feel that in the long run, sterilization of language will do more harm than good. … Finally, if you still have strong feelings about the name “GIMP“, you should feel free to promote the use of the long form GNU Image Manipulation Program or maintain your own releases of the software under a different name.

And now that’s happened. The factor that precipitated this shift was a ticket added to GIMP’s GitLab issue tracker by developer Christopher Davis, who argued that the GIMP moniker was problematic and failed to accurately describe the purpose of the program.

I’d like to propose renaming GIMP, due to the baggage behind the name. The most modern and often used version of the word “gimp” is an ableist insult. This is also the colloquial usage of the word. In addition to the pain of the definition, there’s also the marketability issue. Acronyms are difficult to remember, and they end up pronounced instead of read as their parts. “GIMP” does not give a hint towards the function of the app, and it’s hard to market something that’s either used as an insult or a sex reference.

Another developer, Leonora Tindall, concurred, adding that the name had prevented more business and education users from using the program, despite her encouragement.

With change not forthcoming, it’s clear the community has decided to take matters into their own hands. If you’re curious, The Register has an excellent deep-dive into this schism, including an interview with Moss.

One bit of good news is that this schism is, as far as schisms go, fairly amicable, and the Glimpse project plans to continue contributing upstream code to GIMP, ensuring the pace of development remains steady, and mitigating the risk of any future incompatibility between the two applications.

Read next: This thought experiment explains how quantum computers can time travel