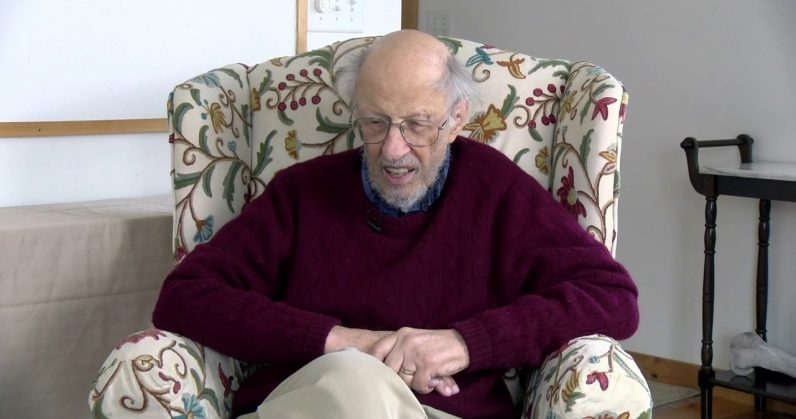 Last Friday, legendary MIT computer scientist Fernando “Corby” Corbató passed away at his home in Newton, Massachusetts. He was 93.

The Oakland-born researcher was responsible for several pivotal advances in the computer science space, most notably the password, which he invented during his pioneering work in computer time sharing.

Corbató led the development of the Computer Time-Sharing System (CTSS), which is regarded as one of the world’s first operating systems. This allowed multiple people to use a computer at the same time, accelerating the pace in which programmers worked. It’s also credited as the first computer system to use passwords.

For the first time, this allowed developers working on shared computing systems to have their own private accounts, where they could store and protect their work.

CTSS also pioneered an early version of email, instant messaging, and word processing. Programmers could write code with a text editor called QED, which was the predecessor of ed, vi, and vim. Ken Thompson, who later designed Google’s Go programming language, also contributed to the development of QED, adding the ability to select and edit text with regular expressions.

Following his work with CTSS, Corbató started work on another effort called Multics, which had an enormous influence on the computers of today. It partially inspired Unix, and was used by Dennis Ritchie, who, along with Brian Kernighan, developed the C programming language, which remains widely in use today.

The MIT CSAIL is now home to 600 researchers, and is responsible for some of the most impressive advancements in artificial intelligence.

Corbató was a veteran of the U.S. Navy, and was an alumni of the California Institute of Technology, as well as MIT. He’s survived by his wife, Emily Corbató; his daughters Carolyn and Nancy; his stepsons David and Jason Gish; his brother Charles; and five grandchildren.

Read next: This $29 Cisco course bundle can kickstart your cybersecurity career