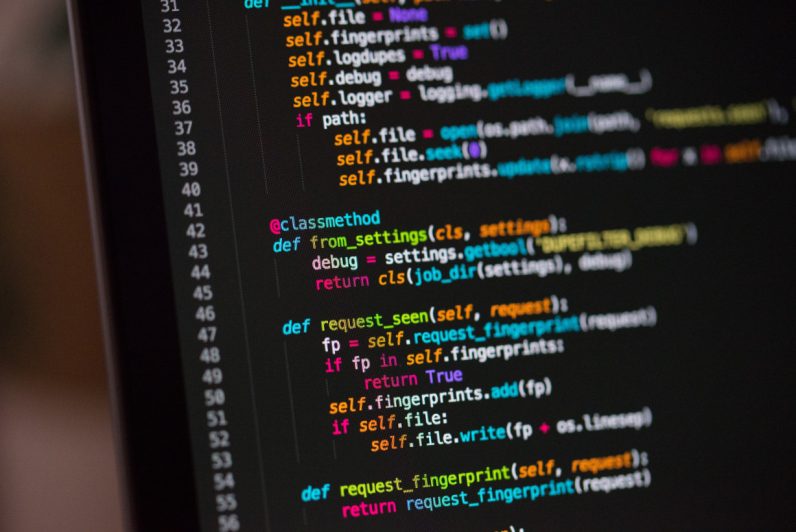 The New Statesman just published an interesting piece from political aide Tara Jane O’Reilly which passionately argues that MPs should learn to code. This, she says, would help them understand the societal issues brought about from technology, while simultaneously helping parliamentarians engage with the electorate.

O’Reilly correctly points out that the current crop of MPs are failing to address problems brought about by technology. She gives the example of algorithmic bias, which is currently a hot topic in US politics courtesy of the firebrand Democratic congresswoman Alexandria Ocasio-Cortez, but has only been mentioned twice in the House of Commons — both times by the Liberal Democrat MP for East Dunbartonshire, Jo Swinson.

When you don’t address human bias, that bias gets automated.

Machines are reflections of their creators, which means they are flawed, & we should be mindful of that.

It’s one good reason why diversity isn’t just “nice,” it’s a safeguard against trends like this ⬇️ https://t.co/NcOivu5ejR

Will coding classes for MPs remedy this embarrassing spate of tech illiteracy in the current political class? Truthfully, I’m not convinced it can. And I write this as a Computer Science graduate who passionately believes in the transformative potential of learning to code.

If you reduce software development to its absolute fundamental mechanics, it’s a bit like bricklaying. Line-by-line, you stack building blocks upon each other until you eventually build something that’s functional and can be deployed to a user. That’s all it is.

Being a software designer doesn’t mean you necessarily understand the societal and ethical considerations of the overall product. We know that just by looking at Twitter and Facebook, two products that were constructed by a veritable legion of highly-skilled software developers, yet have had a malign impact on our democracy and culture.

As an artform, software development is fundamentally mechanical in its nature, and software developers are like digital mechanics. Given the impetus to “move fast and break things” in the startup world, seldom breathing room is given to contemplate anything else. Most developers are interested in the here-and-now of debugging and refactoring, not whether they’re helping to build Frankenstein’s Monster.

That’s the reason why Silicon Valley startups are increasingly turning to philosophers to ask the big questions. In 2017, Quartz profiled one such philosopher, Dr Andrew Taggart, who acts as a “gadfly-for-hire,” viciously tearing into programs and business models in a way that software developers and MBAs are unable to.

O’Reilly says she is a self-taught programmer. She makes the point that in 2019, you don’t need to sit in a stuffy classroom to learn to code. “I taught myself the basics using books, free classes and websites,” she wrote. Why can’t MPs do the same?

It’s a fair question, but perhaps not a realistic one. One argument against the idea is that MPs are already massively overworked and overstretched. A 2011 survey of 227 MPs from the Hansard Society showed that new parliamentarians are working an average of 69 hours a week, with dramatic consequences for their family lives.

Given the crushing demands of the job, it’s simply not realistic to expect MPs to find the space in their schedules to learn how recursion works, or the basics of object-oriented programming. And frankly, it’d be a waste of time if they did. Between Brexit and surging poverty in the UK, they’ve far got more important things to deal with.

Maybe it’s up to us?

Looking at the demographics of the House of Commons, it’s no surprise that MPs struggle to understand technological issues. According to a 2018 report on the social background of UK MPs, 52 percent of MPs elected in 2017 were over the age of 50. Astonishingly, 4 percent of MPs are septuagenarians. This crop includes the current Father of the House, Kenneth Clark, who is aged 78.

Most MPs aren’t digital natives. Few grew up with tech. Computers, smartphones, and the Internet are things that were introduced to them later in life. They read The Daily Mail and The Telegraph; not TechCrunch and TNW. And with that in mind, can you blame them for failing to understand the risks and potentials posed by AI, driverless cars, and cryptocurrencies?

So, what can be done? For starters, we can educate MPs about our concerns. MPs aren’t just people you vote for once every five years — you can email them, write to them, or even meet them in person. And if they don’t take you seriously, you should vote for someone else.

And it’s time for more smart, tech-savvy young people — like Tara Jane O’Reilly — to start running for office. We need politicians that get it. If the current cadre can’t, or won’t, take the time to learn about the intersection of life and technology, then they should be replaced by someone who will.

To paraphrase the Jewish philosopher Hilel the Elder: If not you, then who? And if not now, when?

Read next: Test your UI design skills with this insanely difficult quiz