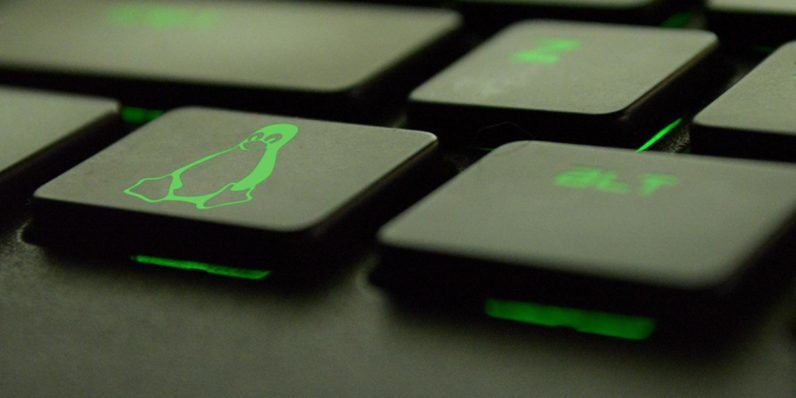 It’s the year of the Linux desktop. I swear. I promise. Yes, I know you’re probably jaded from hearing that every year since 1998, but this year it’s true. Would I lie to you?

But first, a throat-clearing: I’m not talking about desktop dominance. I’m talking about something far more meaningful. For the first time, perhaps ever, Linux is being regarded as a first-class citizen.

It’s been a good year. Cross-platform app frameworks like GitHub’s Electron means that Linux users get to use the same applications as their Windows and MacOS counterparts. Meanwhile, in 2018, we’ve seen a flood of excellent Linux-based hardware from a swathe of manufacturers, including Dell and System76.

Electron is going from strength to strength

Electron is a cross-platform app-development framework from GitHub. It allows developers to build native-feeling desktop applications using web technologies – namely HTML, CSS, and JavaScript – and then create binaries that run across Windows, Linux, and MacOS. Applications run on a Node.js backend and Chromium-powered front-end.

Slack, Visual Studio Code, and Atom run on Electron, and Linux users get access to the same features as everyone else. This is vitally important in securing the adoption of Linux with more users, as Todd Weaver, CEO of Purism, told me:

“The kernel and OS are afterthoughts from society now, smartphones helped usher in this shift in the way of thinking. People just want applications that do what they need, such as communicate to friends, browse the web, take a photo, or watch a video,” Weaver said.

In 2018, Electron has seen several key improvements that make it a more viable tool for users and developers alike. Github has taken pains to improve performance and is taking a more proactive approach to listening to the feedback of its community.  This effort borne fruit and Electron is more popular than ever, explained Jacob Groundwater, Senior Manager, ElectronJS at GitHub.

“In 2018, the community has been able to scale alongside Chromium version updates, providing developers access to the latest Chromium features, continual security updates, and increased performance. As a result, we saw dramatic growth of Electron usage, with adoption of the framework nearly doubling in this past year, proving it be true to our goal in providing an approachable tool for developers to build desktop apps,” he said.

During 2018, GitHub took a proactive approach to listening to developer feedback with its App Feedback Program. This allows large-scale Electron apps, like Slack, to test upcoming releases of the framework and  report app-specific issues. This, according to Groundwater, has resulted in several key milestones, including Slack’s work fixing app sandboxing in Linux, to Canonical addressing an issue with application indicators.

Next year also promises to be a big year for Electron, and GitHub plans to make the framework more approachable to novice and hardened developers alike.

“In 2019, we’ll continue to emphasize lowering the barrier to entry for developers – both novice and experienced users – to build desktop apps, whether that be by way of continuing to improve accessibility with security features to modernizing the API for asynchronous programming,” said Groundwater.

But what use is software if you don’t have a computer to run on that? There’s some good news on that front, as 2018 saw a flurry of new devices from manufacturers like Dell, Entroware, and System76 with Linux pre-installed.

Earlier this year, I got to try the 2018 version of the venerable Dell XPS 9370, which ships with Ubuntu. As with its previous Linux-powered laptops from Dell, the company has refrained from making too many tweaks and customizations, so you get a fairly clean experience.

And honestly? It’s awesome. I like having a computer that respects my freedom and privacy, while simultaneously being ridiculously portable and light. These two things are huge priorities for me, as I spend a disproportionate amount of time on the road.

Meanwhile, System76 has gone from strength-to-strength. The Colorado-based manufacturer launched a swathe of new machines in 2018, ranging from ultra-portables to serious number-crunching laptops, and everything in-between.

In 2018, System76 announced its most ambitious project yet: Thelio. This is a range of desktop machines that aim to create a fully open-source computer, with no proprietary software components whatsoever. This extends as far down as the underlying firmware. Pre-orders are open now, with units shipping next year. And they look absolutely gorgeous.

It wasn’t all good news

But while the Linux world has enjoyed a renaissance in applications and hardware, there have been several major struggles, especially when it comes to the governance of the project. In September, the notoriously fiery Linux founder, Linus Torvalds, took a brief sabbatical from his work in order to focus on his behavior, which has raised concerns in the community.

“I’ll never be cuddly, but I can be more polite,” Torvalds told the BBC.

While Torvalds’ acerbic rants used to be accepted by the community, it’s increasingly apparent they’re no longer tolerable in a world that emphasizes inclusivity.

This has raised concerns and questions about how Linux is governed. It seems likely that long-term, the “benevolent dictator” model won’t be viable. But with increasing corporate interests in Linux from the likes of Google and Microsoft, it remains to be seen who will take the reins.

Read next: Checkbot does SEO differently than other tools. Right now, it’s $30.