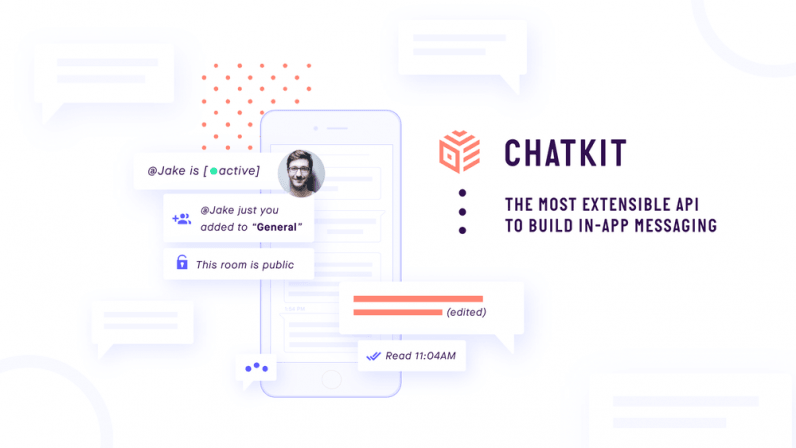 Pusher today announced the general availability of its chat API, Chatkit, which allows developers to quickly introduce real-time conversational experiences to their mobile and web applications.

Chatkit, which has been in beta since last November, is an all-in-one suite of tools that cover most edge cases when it comes to real-time chatting. Out of the box, it allows developers to support rich media messaging, read receipts, and permissions.

In addition to the user-facing elements, Chatkit also includes sophisticated tools to aid developers during the building and deployment process, thanks to a visual debug tool called Instance Inspector. The API also supports most of the major programming languages used in web and mobile development.

This will provide a welcome alternative for developers who are currently relying on third-party services with limited opportunities for customization. Or worse, are building their chat systems from scratch with WebRTC or WebSockets, which requires significant developer time.

Over the past eight months, usage of Pusher’s Chatkit has increased 31.49 percent month-over-month. According to the company, it’s found users in a variety of sectors, including online dating, hospitality, and cryptocurrencies.

One customer is the enterprise collaboration platform Kenja. In a statement, its CTO, Philip Butkiewicz, said lauded the tool’s flexibility and customizability.

“We were already familiar with Pusher’s reliable WebSockets service. So when we needed a flexible chat solution that we could tailor to our audience’s preferences – we investigated Chatkit,” he said.

“We were impressed by Chatkit’s simplicity as we were able to go from zero to a custom chat solution in just a few days. Pusher’s JS library was perfect for us to get up and running quickly – and it gave us the ability to cater to our customers’ specific UX needs,” Butkiewicz added.

This is the second major announcement from the London-based real-time communications startup this year. In September, the company announced Beams, which focused on an improved push notifications experience for users and developers alike.

Pusher is also expanding rapidly. The company just opened a new location in San Francisco, and recently expanded its UK operations by moving to a larger office in London’s tech mecca, Shoreditch.

Read next: Sonos pushes back Google Assistant support to next year