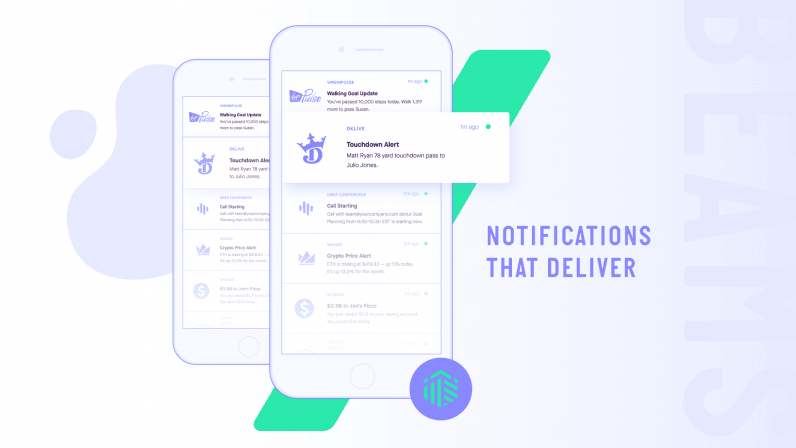 Love them or loathe them, push notifications on smartphones are a thing. Developers use them to increase user engagement with their apps. By sending the user a notification, you can alert them to a breaking news story, or send them a coupon and get them to buy something. That said, there’s a fundamental problem with how push notifications work on mobile.

There are two popular mobile messaging APIs. On iOS, most developers tend to use Apple Push Notification Service (APNs). For Android specialists, the API of choice is Google’s Firebase Cloud Messaging (FCM). Neither of these APIs provide delivery guarantees, leaving developers in the dark as to whether their message actually made it to the end-user, or if they read it.

Addressing this problem is Pusher’s new Beams API, available today, which offers developers better clarity when it comes to the engagement levels of their push notifications.

TNW spoke to Jordan Harp, Product Manager at Pusher, who explained how the new API works.

At the core of it is a database of device tokens provided by APNs on iOS, and FCM on Android. These update automatically when refreshed, meaning that developers don’t have to bother updating them manually.

Actually sending notifications is trivially easy, as Beams lets developers send push notification to all devices in a particular group with a single API call.

This means that developers can see an aggregate view of engagement through a Google Analytics-style dashboard, or watch users open the notifications in real-time through the Beams Debug Console.

As explained by Harp, Beams was engineered from the ground-up to be respectful of user privacy, and users can opt-out at any time. “Beams only uses valid device tokens to send notifications,” he said.

“When a user goes to their system settings on an iOS or Android app to revoke push notifications permissions from an application using Pusher Beams, that device token will be removed from the Beams database and a developer will no longer be able to send them notifications.”

Beams is also sparing with the data it collects, limiting it to just FCM and APN tokens.

“Developers who use Beams will always own their app’s data. Pusher Beams is GDPR compliant and we will never sell end user data to advertisers or research companies,” Harp said.

Push notifications with Beams are free and unlimited, with developers only paying based on the number of users they serve. Pusher offers a free plan for aps with less than 2,000 active devices. Active devices are defined as devices that receive at least one push notification during the month.

For larger apps, Pusher offers a pro plan with 10,000 active devices for $99 a month. The next step up serves 50,000 active devices and costs $399. For even more popular apps, developers can contact Pusher for an enterprise plan, which comes with round-the-clock support and an SLA.

Read next: This neural network lets you build and evolve little AI creatures