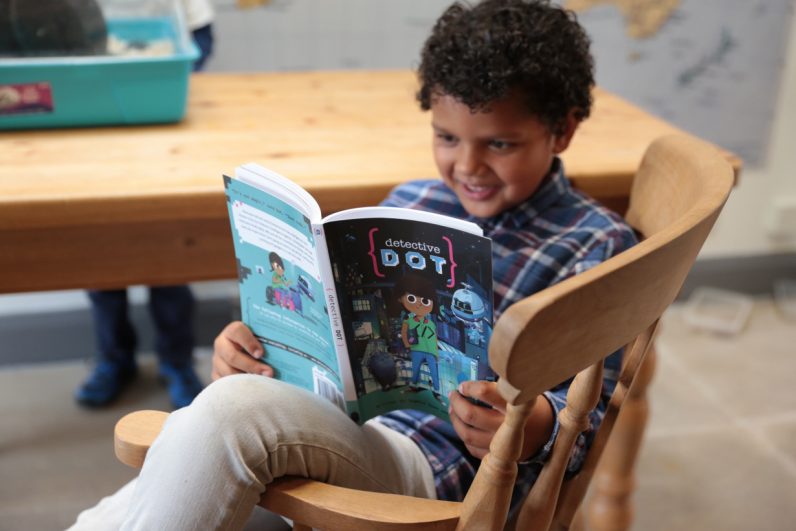 From Pip to MineCraft, there’s no shortage of initiatives promising to teach kids STEM skills. However, few are as whimsical and cute as Bright Little Labs’ Detective Dot.

At its core, Detective Dot teaches the analytical skills required for a career in STEM through the medium of an empowering narrative about an extraordinary young girl called Dot.

Dot, for whom the series is named after, is a nine year old working for the CIA (which, in the whimsical world of Detective Dot, stands for Children’s Intelligence Agency). She completes her missions through math, logic, and coding.

There’s a couple of things I love about this. Firstly, it’s pretty amazing that kids are learning about the core principles of STEM through storytelling. Coding can be intimidating, but this is deliberately anything but.

Then there’s Dot herself. The choice to make Dot a girl of color was a deliberate one, and she’s a powerful role model for aspiring female coders. The idea that a primary school girl could read Detective Dot and think “Yeah, I can do this too” is a genuinely exciting one.

Detective Dot got its start on Kickstarter, where it raised nearly £15,000 from over 300 backers.

Most recently, Bright Little Labs received a strategic investment from Turner Networks — owner of the Cartoon Network channel, among others — which will see the Detective Dot concept reach a wider, global audience.

So, don’t be surprised if you hear more about her adventures with the Children’s Intelligence Agency in the months to come.