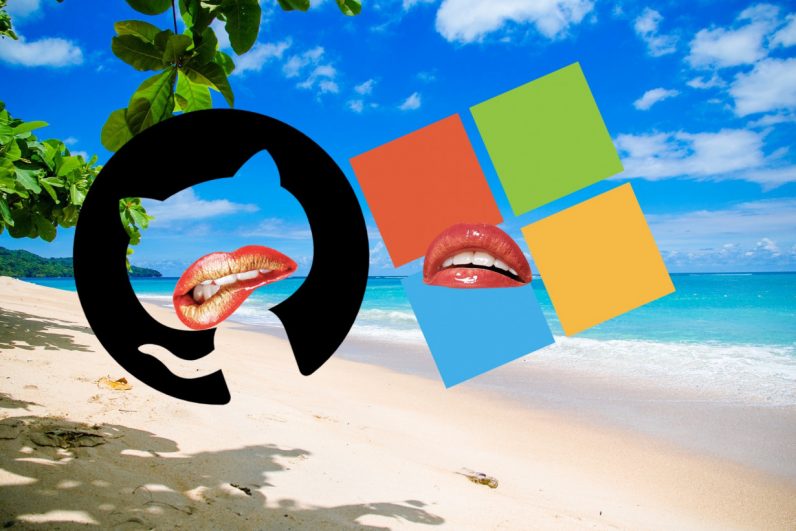 The deal has caused no shortage of turmoil in the developer community. Many are unhappy with the deal. Some are so upset, they’re migrating to the rival GitLab service.

But it’s worth talking about what this will mean for the companies at the heart of the deal: GitHub and Microsoft. Both parties have a lot to gain.

Let’s look at GitHub. The main thing it’s getting from this deal is stability.

Throughout its ten years as an independent company, GitHub has raised over $350 million from investors, and has managed to position itself at the heart of software development. That’s no small feat.

Despite that, it’s yet to make a profit. During the first nine months of 2016, the company hemorrhaged an incredible $66 million.

Allowing Microsoft to acquire it means that GitHub won’t have to go cap-in-hand to investors, who may demand significant changes to the product and business model, in exchange for their cash.

GitHub has also faced troubles at the top, and is struggling to replace its CEO, Chris Wanstrath. Microsoft could easily parachute one of its own execs into this position from one of its established and innovative business units.

In short, the Microsoft acquisition could give GitHub the leadership and stability it needs. That can only be a good thing for developers, who have built their entire workflows around this important product, and are vulnerable to any big changes.

So, what’s Microsoft getting out of the deal?

Let’s talk about the big blue elephant in the room: Azure. I wouldn’t be surprised if Redmond uses its acquisition to somehow further adoption of its AWS rival. With a captive audience of millions of developers, Microsoft would be in a good position to make this a reality.

Microsoft could also tie in GitHub to its enterprise offerings as a single bundle. I could easily see a GitHub and Visual Studio Professional/Enterprise tie-in. In fact, I imagine many would welcome it.

Acquiring GitHub is also a big PR move for Microsoft. Positioning itself at the heart of open source development is a great strategy for a company desperate to shake off a legacy of “embrace, extend, and extinguish.”

There’s another benefit we haven’t talked about. Over the years, GitHub was emerging as a bit of a monopoly.

As I mentioned earlier in this piece, word of Microsoft’s acquisition has spooked some developers, many of whom are fleeing to rival services.

Even though I’m pretty optimistic about Microsoft’s GitHub acquisition, I think this is good news. Competition is good, though monopolies seldom are.

At the very least, it’ll be interesting how GitLab and BitBucket take advantage of the new influx of users and subscription money.

Read next: May in Africa: WhatsApp tax, Kenyan satellites, and UberEATS