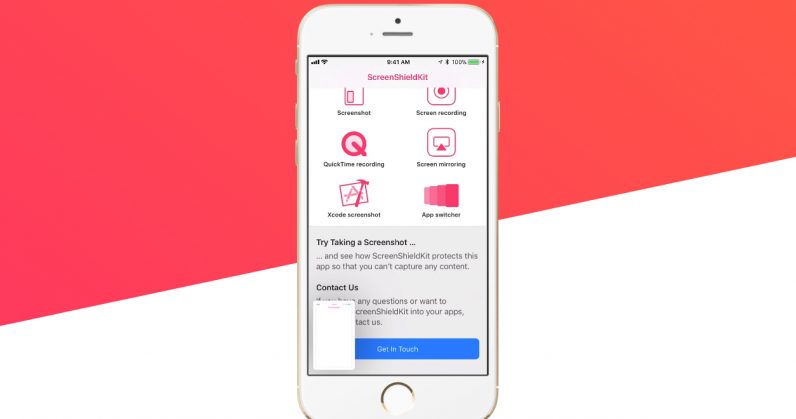 You might remember Confide as the app that made the news last year for being favored by White House staffers after President Trump took office – and for it being used to leak insider info to the media.

One of the app’s prominent features was the ability to prevent users from taking screenshots of conversations on Android, Mac and PC. The company noted in a blog post that it’s now managed to pull this off on iOS too, and is making the feature available to any developer who wants to implement it in their own iPhone or iPad app.

When you try screenshotting in the latest version of Confide, you’ll only capture a blank screen. The company says that its ScreenShieldKit works the same way, and also protects against other forms of screen capture, including iOS 11 screen recording, AirPlay screen mirroring, QuickTime screen recording as well as taking screenshots from the app switcher or by using Xcode.

Confide hopes that people working on tools for secure messaging and file sharing, as well as viewing DRM- or watermark-protected content, will find ScreenShieldKit handy. It claims to add less than 1MB to your app’s file size and use only public APIs. If that sounds like something you could use, check it out on this page and get in touch with Confide to integrate the SDK into your build.

Read next: Bitcoin plunges by 10% as South Korea clamps down on local exchanges