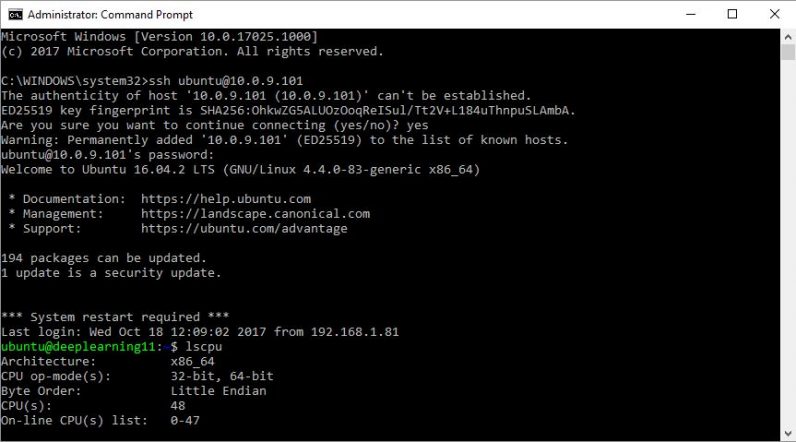 It’s a long-overdue move that’s guaranteed to delight developers who use Windows as their daily driver. Microsoft is introducing a native OpenSSH client to Windows 10.

The software is available as a beta in the Fall Creators Update, and as demonstrated in this video from ServeTheHome, is pretty trivial to install:

This means that developers won’t have to rely on third-party software (like PuTTY) whenever they log into a remote server. They can just use an officially Microsoft-supported tool, from the familiar Windows command prompt.

Over the past few years, the company has open-sourced the .Net framework, joined the Linux and Open Source foundations, brought Ubuntu and Bash to Windows 10, and much more. Introducing a native OpenSSH client is just the latest welcome move.

Read next: Computers can now read emotions — here’s how that will help you sell products