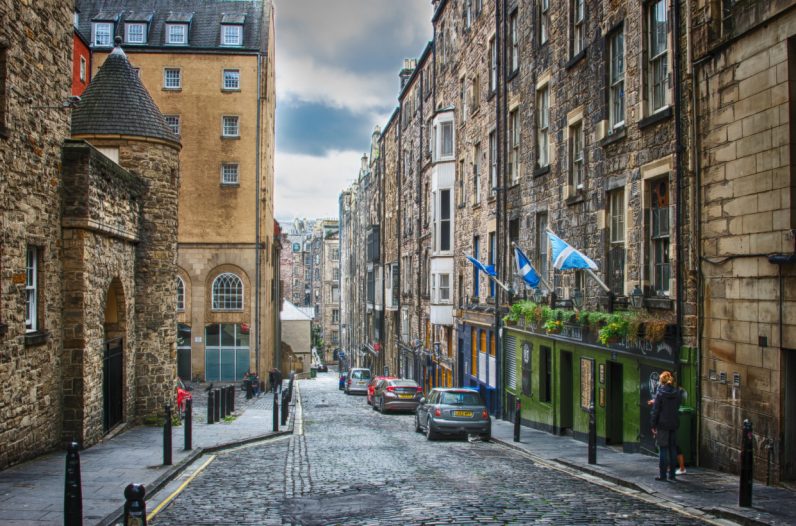 Stack Overflow today released its Q4 Developer Ecosystem Report, which highlights some surprising changes in the UK software development landscape pertaining to both employment trends, and the popularity of individual technologies.

The report draws comparisons between major UK cities. One surprising finding is that Edinburgh, the capital of Scotland, has the fastest growing tech hub in the UK. Edinburgh’s developer community grew by eight percent in the second quarter of 2017 and software engineers now count for seven percent of the total labor force. Interestingly, the number of people employed in data science-related roles grew by 20 percent

Over the past few years, Edinburgh has quietly made a name for itself on the global stage. But why does it punch above its weight? TNW spoke to founders, technologists, and marketing mavens working in and around the city to find out.

Nick Freer, columnist for The Scotsman and founder of marketing firm Freer Consultancy, attributes the growth of Edinburgh as a tech hub to three local institutions that he jokingly describes as the “holy trinity” — SkyScanner, The Edinburgh School of Informatics, and CodeBase.

SkyScanner is well-known, and is an icon for local entrepreneurs to aspire to. It’s Edinburgh’s biggest and best-known child. Last year, Chinese travel agent Ctrip acquired it for a cool $1.75 billion, making it the biggest tech exit in the city to date.

The Edinburgh School of Informatics is in the top-ten of computer science institutions worldwide. CodeBase, on the other hand, has helped bring many of Scotland’s most promising companies to life.

Another institution frequently brought up is The Data Lab, which acts almost like a router between government, universities and the public sector, allowing them to collaborate on the data they hold. This goes some way to explaining the prominence of data science in the city.

The same is also true of CodeClan, which is a highly-regarded local coding bootcamp that constantly pumps out industry-ready junior developers.

“There are four universities within the Glasgow city limits,” he explained, which makes it cheap to acquire new workers.

Kaye Symington, co-founder of Glasgow-based digital marketing agency Paved With Gold said that the emergence of Scotland’s cities as tech hubs (Glasgow, for example, has nearly as many developers as Edinburgh, while there is promising growth in other cities like Dundee and Stirling) to a sense of community.

“There’s such a great community up here,” she said, adding that Scottish cities offer extensive support for early-stage tech startups, “especially in the app world.”

Of those I spoke to, most said that the low cost of living is another reason why Edinburgh (and also Glasgow) held an appeal.

“Your travel into the city center is much cheaper. Your rent, or your house prices are much lower. And it’s much easier. There’s less demand, and you don’t have the complexities you’d have in London,” explained Symington.

“The cost of living is substantially less,” said Hayes. “You can buy a four-bedroom house in some parts of Glasgow for less than £150,000. It’s crazy affordable, but there’s still stuff happening.”

While Calum Forsyth, CEO of Edinburgh incubator Seed Haus said that he wasn’t surprised by the findings, saying it reflects data he had seen previously about growth in the tech landscape in Scotland.

Forsyth said Seed Haus sees many international applications for its incubator program. He attributes this to the fact that “Edinburgh, and indeed Central Scotland, are seen as pretty good places to live. It’s a fun place, and there’s a lot of energy around at the moment.”

In many respects, the growth of Edinburgh as a technology hub mirrors what we’ve seen in the US.

Cities most commonly associated with the technology industry, like San Francisco and New York, are crushingly expensive to live in. This has lead to an exodus of technology workers to other more affordable cities, like Austin and Denver, which are quickly making a name for themselves.

You can see a similar phenomenon happening in the UK.

London has transformed itself into the epicenter of European tech over the past ten years. According to Stack Overflow’s data, Britain’s capital is home to 300,000 techies, which is more than the entirety of Spain, Poland, or Italy. However, it suffers from an extortionate cost of living, that forces even those on comfortable wages to endure long commutes, or live with roommates.

At the same time, other cities (particularly in the North of England, like Newcastle-Upon-Tyne, Liverpool, and Manchester) have seen tremendous growth. A huge part of this is the low cost of living, and doing business.

It’s possible to rent a furnished, two-bedroom apartment in Edinburgh for £700 (roughly $800) per month. The equivalent property in Shoreditch, London’s digital heartland, would cost over three times that amount.

Similarly, a month’s hot-desking at RookieOven in Glasgow costs £120, while a desk at a WeWork in the trendy London district of Mooregate costs £350 per month. Put simply, if you’re a startup with limited funds, choosing to position yourself in Edinburgh can can make your runway last much longer than it would in in London.

So, what makes Edinburgh so appealing? From speaking to four people heavily involved in the Scottish tech scene, it’s clear that cost has a huge part of it, for sure. Edinburgh is a cheap place to live. The fact that talent is easy to source, thanks to the local universities and established vocational coding problems, makes scaling up a lot easier. But we shouldn’t neglect the fact that overall quality of life, and institutional support of tech businesses deserve some credit too.

Read next: Google Go is a guide to what's hot on the web for internet first-timers on Android