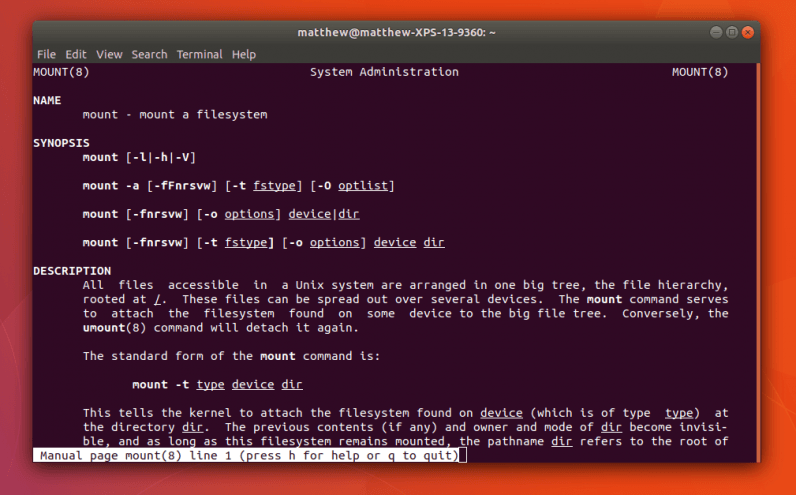 It’s probably one of the weirder Stack Exchange posts I’ve ever come across. Yesterday, Unix administrator Jeff Schaller asked why his automatic tests were failing at one specific time — 00:30 — with a cryptic error message: “gimmie gimmie gimmie.”

“Er, that was my fault, I suggested it. Sorry,” said fellow Stack Overflow user Marnanel Thurman. In 2011, he suggested to the maintainer of the popular “man” tool (which lets people bring up documentation surrounding UNIX programs) that it be changed to print the aforementioned string of words after midnight, as an homage to Swedish disco group Abba.

Dear @colmmacuait, I think that if you type "man" at 0001 hours it should print "gimme gimme gimme". #abba

Not following? Here’s a little audivisual refresher to jog your memory.

Yes, it’s an excruciatingly bad joke. But it seems the man team was paying attention and dutifully added the “feature” to the tool, albeit with the Easter egg firing at 00:30. This stuck around for over five years without causing any issue — until recently.

Fortunately, the feature is being excised from the tool. Man maintainer Colin Watson said: “I’m glad that it made some people smile, which after all was the whole purpose of it, and my Twitter notifications and so on today suggest that most people thought it was more amusing than annoying.”

Still, some people did find it annoying, and six years seems like a pretty good run for that sort of thing; it probably isn’t going to get significantly better exposure than it already unexpectedly has by way of this question.

Watson confirmed the Easter egg would be removed as of man version 2.8.0.

Overall it serves as a reminder of why Easter eggs generally aren’t really a good idea. Microsoft pretty much killed off the practice within Redmond in 2002 as part of its Trustworthy Computing initiative, largely because when you introduce undocumented functionality into a program, you also introduce elements of risk. It’s really not worth it, just for a cheap gag.

Read next: Redditors come out strong against the FCC’s plan to kill net neutrality