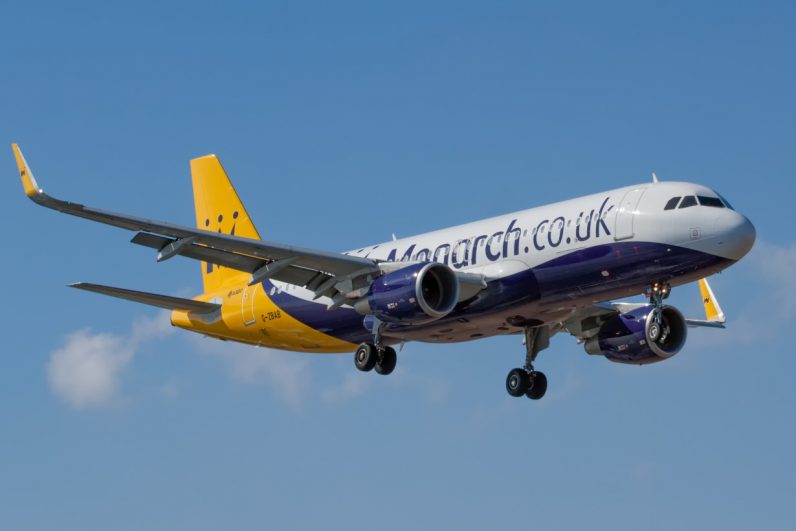 Earlier this week, Britain’s fifth-biggest airline, Monarch, entered administration. All flights were cancelled, and the UK’s Civil Aviation Authority was forced to charter a fleet of planes to rescue almost 110,000 stranded passengers, in a feat that’s been described as “Britain’s biggest peacetime repatriation.”

The effects of Monarch’s collapse will be felt across the country, but particularly in Manchester, where the airline operated several routes, and employed hundreds of people.

Code Nation, a Manchester-based coding bootcamp, has said it intends to offer all former Monarch employees a place on their introductory web development courses, in order to help them transition to a job in the burgeoning digital economy.

All Monarch employees who have lost their jobs due to the recent news are invited to do our Begin course, a one-week introduction to the fundamentals of coding and front-end development. Whether they’re interested in a career change or just want to take the opportunity to learn more about coding, are simply interested in technology, we want to help bring something a little positive to the table for them after what may have been a very difficult time.

The intensive course, which typically costs £1599 (roughly $2,000), will be delivered at CodeNation’s central Manchester campus.

It focuses on web development skills, emphasising on the fundamentals of coding with JavaScript (using React), as well front-end development with HTML and CSS, touching on Bootstrap.

The Begin course also addresses essential professional skills required in the workplace, like how to properly manage source code with Git, and how to use Gulp.

The course dates are as follows:

Digital skills are essential for participation in the 21st century economy, and Code Nation isn’t the only education startup with a philanthropic bent. Earlier today, OpenClassrooms, a Europe-based provider of online computer science degrees, announced it would offer free tuition to undocumented residents of the US holding DACA (Deferred Access For Childhood Arrivals) status.

Read next: The Mighty, the world’s first Spotify music player that doesn’t need a smartphone