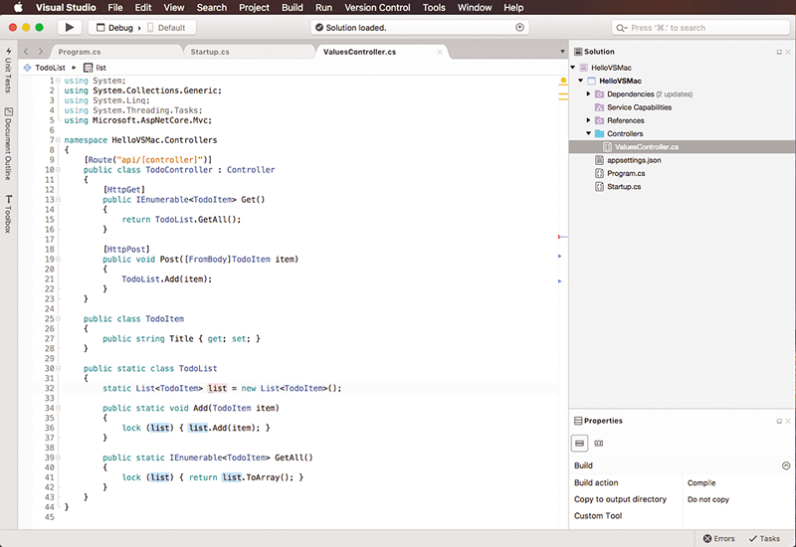 It’s been a long time coming, but it’s finally here. Almost. Microsoft has announced that Visual Studio is coming to MacOS, and will be unveiled later this week at the Microsoft Connect() conference in New York City.

Visual Studio for Mac will be based on Xamarin Studio, which is a popular C# IDE for OS X. Earlier this year, Microsoft acquired Xamarin in a deal believed to be worth between $400 and $500 million.

The MSDN blog post heralding the launch of Visual Studio for MacOS has since been deleted, which suggests that it may have been announced prematurely.

In recent years, Microsoft has been playing nicely with other platforms. In 2014, it launched a port of the .Net Core Framework to MacOS and Linux. And earlier this year, it stunned the tech world by bringing the BASH shell, which is most commonly found on UNIX-like systems, to Windows 10.

If anything, this move is indicative of a significant culture change within Microsoft. It suggests that the company knows that the old strategy of locking in its users to Windows is no longer tenable.

The long-term success of initiatives like Microsoft’s Azure cloud platform will depend on whether it can sustain developer interest in the face of fierce competition from Amazon’s AWS, Heroku, and Docker. By bringing Microsoft’s solid developer tools to MacOS – a platform favored by many developers – it’s got a chance of doing that.

Read next: This speaker will keep the beat building, no matter how extreme the adventure