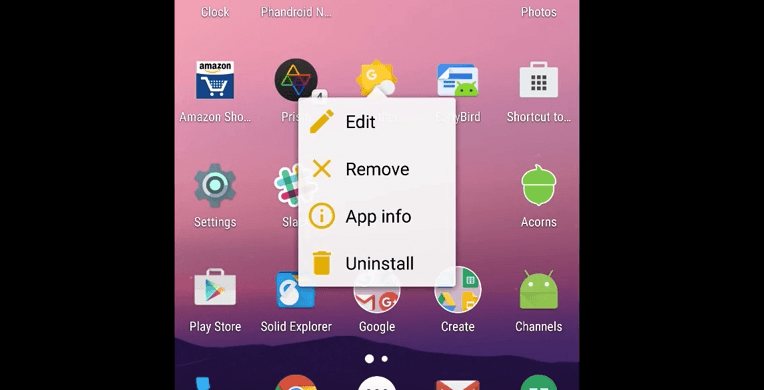 In the latest Android N Developer Preview, there’s code that alludes to a 3D Touch-like feature coming for Android. A developer has spoofed the functionality, giving us a preview of what Google may be thinking.

Because there’s no existing Android device with physical 3D Touch capabilities, the developer had to mimic the functionality using long presses and swiping down on the icon. In Google’s documentation, 3D Touch is only useful for the app icon itself; or ‘launcher shortcuts’ as Google frames it.

So it doesn’t seem as though Android users will get full peek-and-pop functionality, but some popup widgets that display simple information (like weather conditions or sports scores) or shortcuts to in-app features.

For now, it’s a neat preview of what Google I/O 2016 may bring developers. Until it’s official, we won’t get too excited.

This is Android “3D Touch” coming in Android N on Phandroid

Read next: Google just opened up a restaurant in New York City, but only for 4 days