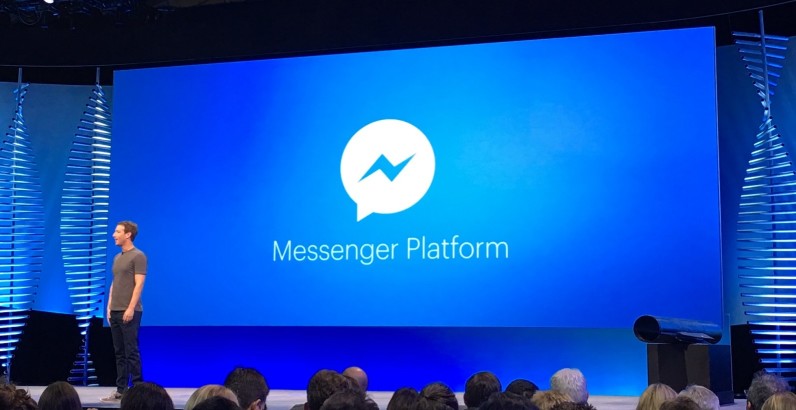 Facebook has officially launched its chatbot API for Messenger, which it’s naming Messenger Platform. Additionally, the Live Chat feature rumored to be hitting the Web is also launching today via an API.

The chatbots are aimed at businesses; Facebook’s bottom line is that it would rather companies use Messenger for automated customer service. If it has its way, the days of dialing 800-numbers just to get a menu of options will be over.

And chatbots can be richer than those menus. A Messenger bot can do things like send links, show images and provide detailed descriptions of items, services or features.

There’s also a way to chat with a business like CNN. Just type something like “what’s going on in the world today?” and get a card of news. On stage at F8, Mark Zuckerberg also propped up 1-800-Flowers, which is a partner at launch.

Chatting with businesses via bots is not a new trick, but is fast becoming a popular one. Michael Richardson, co-founder of one of the established players in the game of bots, Urban Airship, had the following to add:

Chatbots opening up an engagement channel for businesses could be as monumental as app platforms adding push notifications. It’s about brands being able to further reduce the friction of serving more customers with lightweight, service-oriented interactions. Just like apps and mobile wallets, chatbots need to consider the user’s complete context with interactions flowing through the rest of the business. Great customer experiences and better business insights demand it.

Much of what Facebook is doing is planned for the Web, too. Live Chat buttons will redirect Web users to Messenger, where a bot or human (or a combination of the two) can take over the conversation. It’s entirely possible that Live Chat/Messenger would send automated responses to some questions, and prompt a human to respond to you when the bot was stuck.

The features will be available today for developers.

Read next: Facebook's Account Kit feature will let you log into other apps with a phone number or email