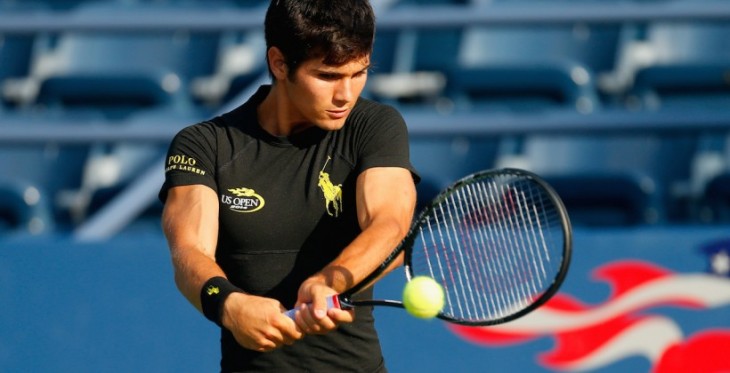 Howard Simms is the co-founder and director of Apadmi.

Wearable technology is seen by many developers as an opportunity to bring smart functionality closer to the consumer than ever before.

Arguably, the event that has focused minds more than any other is Apple’s long-awaited unveiling of its new smartwatch. The Apple Watch isn’t expected to be released until the spring of 2015, but the tantalizing preview that Apple gave us in September 2014 generated blanket media coverage and developers are already rushing to build third-party apps for the platform.

Consumer demand is also growing rapidly with market research firm YouGov recently predicting that UK wearable device penetration will more than double from 6 percent to 13 percent over the coming year – thanks in no small part to the arrival of the Apple Watch.

Indeed, the next few months could well see wearables enter the mainstream consciousness like never before as consumers begin to understand what these devices might bring to their lives.

After all, why get out your smartphone to check for push notifications when you could just glance at your watch instead? Why carry multiple exercise devices on your run when one wrist-mounted fitness tracker could do everything? And why bring your tablet to explore a new city when smart glasses could instantly tell you where to find the best restaurant?

And yet, wearable technology is not without its critics.

The latest figures suggest that plenty of consumers are trying on wearable technology – but then taking it off soon after.

Research from Endeavour Partners earlier this year suggests that a third of consumers who have owned a piece of wearable technology stopped using it within half a year. The same company followed this up with data indicating that 40 percent of those who own fitness trackers have stopped wearing them as of April 2014.

More generally, a 2013 study by CCS Insight found that 40 per cent of people who owned a smartwatch or a fitness tracker had simply stopped using them.

So why are so many people choosing not to wear their wearable technology? There are a couple of key reasons.

One issue is that certain products perhaps just don’t push the boat out enough on design. This means that once the novelty of the technology wears off, more self-conscious consumers just don’t feel as comfortable as they should wearing these devices and showing them off to friends.

To put this into context, the vast majority of contemporary watches from luxury brands like Rolex, Piaget and Tissot have rounded and uncluttered watchfaces, and it’ll be interesting to see if more smartwatch makers other than Motorola follow suit.

Moreover, fitness trackers seem to secure larger followings when they look less like gadgets and more like traditional sweatbands. And manufacturers of smartglasses may reap greater rewards by copying the bold frames you find in designer glasses made by companies such as FCUK, Prada and Gucci.

Another issue is that some wearable devices replicate what existing devices can do rather than offering genuinely radical new features.

The best smartwatches focus on completing practical tasks like making payments rather than just acting as message alert systems that tell people to check their smartphones.

Similarly, the most sought-after fitness trackers are able to upload, process and analyze data in real time before presenting it in usable formats such as ‘you need to run for an extra ten minutes to burn off that chocolate bar’ instead of merely collecting raw information.

And the most desirable smart glasses are capable of exploiting the fact that they can see exactly what the user can see, not just mirroring what people can already do on their smartphones.

This is what wearable technology developers should be thinking about anyway. A constant danger facing companies on the cutting edge of technology is that they try to invent a problem that their device can solve, rather than solving an existing problem.

Having said that, some developers are really showing us the way forward. These devices genuinely try to integrate wearable technology with the real world.

Here are a few best-practice examples – a smartwatch, a fitness tracker, a pair of smart glasses, smart clothing and accessories – that do everything within their power to overcome the abandonment issues facing so many wearable technology devices.

Here we ought to acknowledge that a lot of consumers don’t feel comfortable having big items on their wrist anymore. Apple has recognized this. In early September 2014, the company finally unveiled the Apple Watch and – while it won’t go onsale until early next year – we can already see that it features a compact, smart and understated design.

What’s more, we already know that the watch face will boast an almost endless degree of customization. Owners can choose between a variety of digital and analogue clock designs, as well as adding elements such as stock market quotes, weather reports and calendar reminders as required.

It will also enable people to scan through text messages, social media updates and emails at speed. And it will be compatible with a host of visually arresting apps such as the Activity App, which illustrates how close you are to hitting your physical activity targets by shading in three brightly colored rings (move, exercise and stand) throughout the day.

But if we focus purely on those devices available today, a good example of best practice in the smartwatch sector is the Pebble Steel. This new release looks much more like a traditional watch than its predecessor. The plastic look and feel of the original has given way to a choice of two smart finishes – brushed stainless or matte black.

Importantly, there are also endless opportunities for users to tailor the device, whether that be customizable watch faces or a choice of thousands of apps to download.

While it may be true that many early adopters are men who like their technology to feel high-end, the time has surely come for smartwatch makers to produce devices that appeal to the mainstream as much as gadget fans and women as much as men. The Pebble Steel is a step in the right direction.

And of course, it would be wrong to ignore Android Wear smartwatches. Google recently signaled its commitment to this emerging category by unveiling a major refresh of its wearable operating system, Android Wear, that is being rolled out to smartwatches by the likes of LG, Samsung and Motorola.

This will enable users to choose from a greater variety of watch faces, adjust the brightness, increase text size and invert colors among other things.

For another sign of things to come, let’s look at fitness trackers.

Many early fitness trackers were designed to look and feel ultra-slick, but that runs the risk of ignoring how their target audience actually dresses. Runners often wear brightly colored clothes and inexpensive, functional fitness accessories that they would never dream of wearing at work or during social functions. So the Fitbit Flex is the perfect illustration of a device that knows its market.

It comes in a choice of bright colors and it has an attractive price point of $100. But it is also extremely functional, enabling users to track the speed and distance covered during their runs, map routes, record gym workouts and monitor progress towards real-life goals such as losing weight.

Next up, what about smart glasses?

Devices such as Google Glass put the technological element centre stage, thanks in no small part to the camera positioned directly in front of the right lens.

This makes sense in some respects – that way, people know when someone is wearing Google Glass and so whether what they say or do might be recorded. It builds trust, which is something Google is understandably keen on following a string of high-profile privacy disputes.

But perhaps longer term, as people get used to the idea of glasses with recording capabilities and other technology companies muscle in on Google’s space, this might change.

The Pivothead Smart, for example, puts the camera in a less conspicuous location on the bridge between the eyes. This may well appeal to users who are used to wearing glasses or sunglasses, but do not like the idea of an additional component restricting their view and drawing attention to the value of what they’re wearing.

Of course, wearable technology isn’t just restricted to watches, fitness trackers and glasses – it is also being incorporated into all sorts of clothing and accessories.

A new generation of rings, for example, has been designed to bring smart functionality to your fingers. Ringly notifies you about calls, texts, emails and social media updates, while Fin converts hand-swipes and taps into commands that Bluetooth devices such as smartphones and TVs can then carry out.

Meanwhile, bracelets are coming out that are intended to be as practical as they are decorative. Both Intel’s MICA and start-up MEMI are wrist-mounted smart bracelets that buzz discreetly when important phone calls or messages are received.

However, arguably one of the most ambitious projects of recent times is the Polo Tech Shirt.

This polo shirt may just look like a thin nylon top with a yellow logo on the front, but it is so much more than that. That’s because bio-sensing silver fibres have been woven directly into the shirt. These sensors are capable of recording information about the user such as distance travelled, calories burned, intensity of movement, heart rate and stress rate – information that is then relayed to a smartphone or tablet via a lightweight connected device attached to the rib-cage area.

Importantly, though, it still looks and feels like a normal base layer that real people would wear to play sport.

The Polo Tech Shirt, which was developed by Ralph Lauren and OMsignal, grabbed the headlines earlier this year when professional tennis player Marcos Giron wore it during his practice sessions at the 2014 US Open. Securing further celebrity endorsements will be key to persuading potential customers that this high-tech product can add genuine value to their workouts.

Although the shirt won’t be available to the general public until next year, it is a great example of where the fitness clothing sector could be heading.

Listen to your customers

Wearable technology is evolving rapidly and it will be interesting to see how the next generation of devices builds on the groundwork established by the current frontrunners. Now that consumers are becoming familiar with what smartwatches, fitness trackers, smart glasses, smart clothing and accessories can offer, we may well find users start to demand more to keep them interested.

Going forward, developers must ensure that they are designing wearable technology that looks and feels more like consumers’ existing devices, while also adding genuinely practical new features that simply can’t be found anywhere else.

Read next: Why Coca-Cola is targeting experienced entrepreneurs without startups