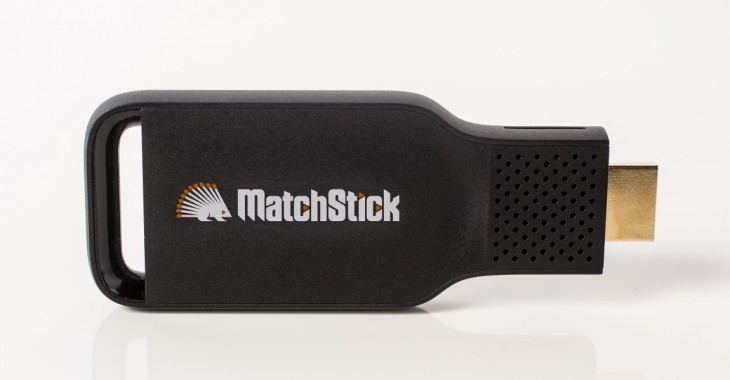 Matchstick and Mozilla today announced its open-source take on the Chromecast: a $25 Firefox OS-powered HDMI dongle. The streaming Internet and media stick will be available first through Kickstarter, in the hopes to drive down the price tag.

Jack Chang, Matchstick General Manager in the US, described the device to me as “essentially an open Chromecast.” He explained that while the MSRP is $25 (Google’s Chromecast retails for $35), the Kickstarter campaign is offering a regular price of $18, and an early bird price of $12.

The startup has set a goal of raising $100,000. The full breakdown is as follows (free shipping in the US, and an additional $5 for international):

The CES option will naturally occur in January. Matchstick hopes to get the device into developer hands in November, while everyone else is being promised a February release.

Because the Matchstick runs Firefox OS, Mozilla is playing a big role in its debut. It is part of the company’s plan to push the operating system onto more than just smartphones, namely tablets and TVs too.

The two companies share the same vision: the first streaming stick “free of any walled garden ecosystem.” That means the constraints of Google Play don’t exist.

That being said, Matchstick and Mozilla need developers to create apps, from video to games, for the living room. As such, there is a developer site, a full API library, as well as example sender and receiver apps.

The sender APIs let developers build Android or iOS apps (or edit their existing apps) that can discover a Matchstick device and communicate with a receiver app. Chang told me there are no plans to support Windows Phone or BlackBerry sender apps, but the architecture is there, so it’s certainly a possibility. Firefox OS sender apps, however, are coming.

Here are how sender apps will typically work:

Since this is Firefox OS, receiver apps are a combination of HTML5, CSS and Javascript. They are packaged into a certified “receiver container” that works only on Firefox OS. Apps will be distributed via the Matchstick app store, but developers will be free to put the apps wherever else they’d like as well.

Mozilla is also planning to host an invitation-only Firefox OS App Workshop for Matchstick in San Francisco on November 18; if you’re interested, you can sign up here. Both companies are promising additional developer events around the world.