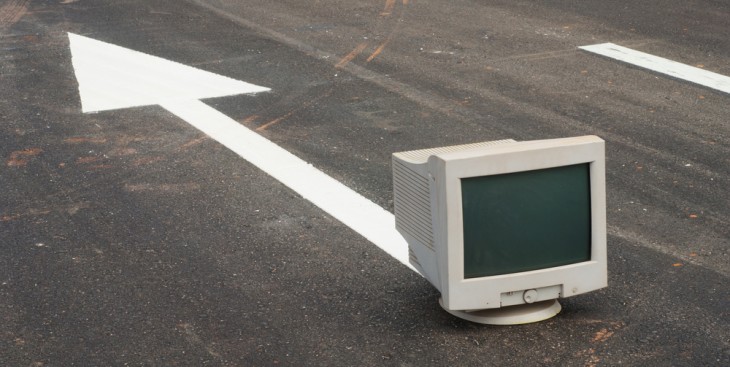 Putting together a recent comparison infographic of WordPress, Drupal and Joomla! got me thinking about what the Internet looked like before open source content management systems (CMS) came along.

It’s been a decade or so since open source CMS began reshaping our experience of the Internet. At its core, a CMS structures the experience of developing, managing and consuming a website.

Chances are good that a big chunk of the content you’ll read on the web today (including this article) is being delivered through an open source CMS. FedEx and The Washington Post are using Drupal. Coca-Cola France and Sony Music are using WordPress. Harvard and IHOP use Joomla.

This is not to say some of these organizations and brands aren’t also using licensed enterprise web content management systems (like Adobe Experience Manager and Sitecore), but the continued evolution—and relevance—of systems like WordPress, Drupal and Joomla is testimony to the power of worldwide developer collaboration. They continue to hold their own. And then some.

Xpedio might have been the first end-to-end CMS, but Drupal was the one that made the biggest, earliest impact. In 2000, a group of students at the University of Antwerp were frustrated by the lack of permanent Internet connections at their disposal. They built a wireless bridge so that eight of them could share a single ADSL modem connection.

Along the way, they identified a new problem: There was no easy way to discuss and share information. Dries Buytaert worked on a small news site that featured a built-in web board where friends could leave each other notes on everything from dinner plans to the status of the network.

When Dries graduated, he decided to put the site on the web so the group of friends could stay in touch. As the software evolved, it took up the name Drupal (druppel in Dutch means to drop). Over time, as worldwide collaboration became possible, the core software evolved into the first widely adopted CMS platform.

WordPress was the next open source CMS to hit the scene in 2003. It started with a single bit of code designed to enhance the typography of everyday writing on the web. Since then, it has grown to be the largest self-hosted blogging tool in the world, used by tens of millions everyday.

Joomla! was the result of a code fork on Mambo in 2005. It was an outcrop of developers trying to reclaim open source principles. They created a website called OpenSourceMatters.org that saw more than a thousand people joining the open-source movement in the first day.

The resulting software took its name from the Anglicized spelling of the Swahili word jumla, meaning “all together” or “as a whole.”

Together, these three CMS platforms have led developers, bloggers, enthusiasts, even corporations, out of the dark ages of manually converting documents to HTML and working with clunky tools to reformat images. They have created the web we now take for granted.

When it came to the Internet of the mid to late 1990s, there was the exuberance of a young technology, but there were also a lot of unstructured websites with migraine-inducing colors, wonky fonts and cryptic layouts. Every website seemed to have a Netscape icon and an avalanche of neon blue links. There was also the minimalist route—a gray background with an HTML table crammed with links.

Pioneers like 15-year-old Mark Zuckerberg built a website without many prototypes to follow. Despite the “bling” of a yellow eye that blinked back at you, Zuckerberg’s first website was fairly restrained. If you wanted to join “The Web” you had to email Mark at his AOL account, and he would personally add you to the list of linked connections.

Prophetically, the high school freshmen wrote on the site: “As of now, the web is pretty small. Hopefully, it will grow into a larger web.”

Like any frontier, there was a certain amount of lawlessness in the early days of the internet. Today, it’s hard to imagine any website adopting a saturated, blood-red background for a website that humans actually want to look at.

But Random House did just that in 1998 when it came time to design a website for Jackie Chan’s biography “I Am Jackie Chan: My Life in Action.”

One of the first experiments in online edginess was Strawberry Pop-Tart Blow-Torches, still online and last updated in August 1994. The great fun of the site is that it delivers the details for setting Pop-Tarts ablaze with 18-inch flames in a detached scientific to:

“Soon thereafter, large amounts of smoke began pouring out of the toaster. The researchers noticed that some of the neighbors down the street were beginning to get a little curious, but the experiment proceeded nonetheless.”

This incendiary mock-science site predated BuzzFeed by a decade. Perhaps envisioning the future of viral content, the author says at the bottom of the page, “The response to my Strawberry Pop Tart article has been overwhelming. In October 1994 alone it’s been accessed more than 2000 times.”

At this stage of the Internet’s development, where sites like Buzzfeed get about 60 millions visits a month, that number seems almost quaint. But thanks to open source CMS software, the web is not only serving a few billion people a day, it’s also a lot easier on the eyes.

Check out the CMS comparison infographic for more.

Read next: GitHub redesigns its Windows app to put your work front and center, adds emoji and gif support