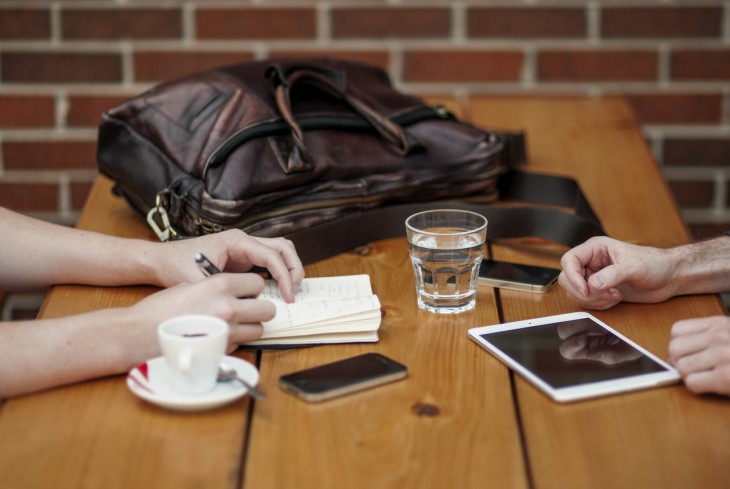 Paul Jarvis is a Web designer and bestselling author. His upcoming book, The Good Creative, explores 18 traits of the world’s most interesting and respected creative professionals.

Say you look at your stats and see you received a single visitor to your website today. Awful, right?

For most creatives (even those of us who don’t have a heavy online presence), this sort of thinking can easily creep in. When I was playing shows in a band, if there weren’t people lined up at the front of the stage, a “why even bother?” feeling often crept in. I felt awful thinking it, but it happened.

Here’s another scenario: you’re at a coffee shop and start chatting with a stranger. The conversation eventually goes deeper, into the things that hold great meaning for you both and each of you leave changed, a little for the better (or at least with something meaningful to think about).

My band had just played a show, to maybe a dozen people somewhere in the middle of Canada (I forget exactly where). Afterwards, a person came up to us to say that they were in a bad place but after they bought and listened to our album on repeat for a while, it helped them through a rough patch in some small way.

One person in a coffee shop. One person sitting on their couch, listening to your music, feeling a little less heavy about their life.

This is why I think metrics, when applied to our creative work, can be detrimental. They downplay the value of one or even the value of a small number of people.

The problem with “the metric of more” is that it’s dehumanizing. It’s easily the biggest problem with this new hyper-connected economy. We can talk with people all over the world with the click of a mouse but still feel so lonely.

I realize we’re all trying to run our own creative businesses and that building an audience is important. But we beat ourselves up too often for not reaching enough people, especially when we’re starting out. We ignore the fact that we are reaching people.

They’re not just numbers on a list, but real life people with lives, opinions, feelings, etc. The reason they’re paying attention to us is because our work is touching them in some way (not a creepy way, unless that’s your thing, then I won’t judge).

The metric of more makes it seem like reaching one person isn’t enough. But, for that person, maybe your work made a world of difference. It’s just like when you read a book that feels like it was written for you. It doesn’t matter how many other copies that author has sold, it changed your life.

And it’s a slippery slope too, because maybe five people aren’t enough. Or 100. Or 1,000. The second we start to focus more on reaching the people we haven’t yet, instead of taking even better care of the people we are currently reaching, there’s a problem.

Obviously, we need to pay attention to growing audiences, selling our art to more people and building a wider net. But I don’t see it as the most important thing for a successful creative business.

The reason we put our art into the world is for it to connect. Prioritizing the people it’s actually connecting with right now is paramount. Even if that’s just one person.

Read next: Google is reportedly developing a tablet with sensors that can capture precise 3D images